A quick-hitting F4 tornado moved 6 miles across parts of Dallas County, TX on this day in 1994.  80% of the Lancaster downtown square was destroyed.  223 homes were destroyed and 227 damaged.  58 businesses were destroyed.  Severe damage occurred to an elementary school and a junior high school.  There were 3 fatalities and 48 injuries reported.  Per Thomas Grazulis in Significant Tornadoes, F4 damage occurred just west of downtown Lancaster as a one-by-three block area of homes was leveled.  He also notes that storm chasers suggest that this tornado and another in Desoto (officially listed as separate tornadoes), were actually a single tornado. 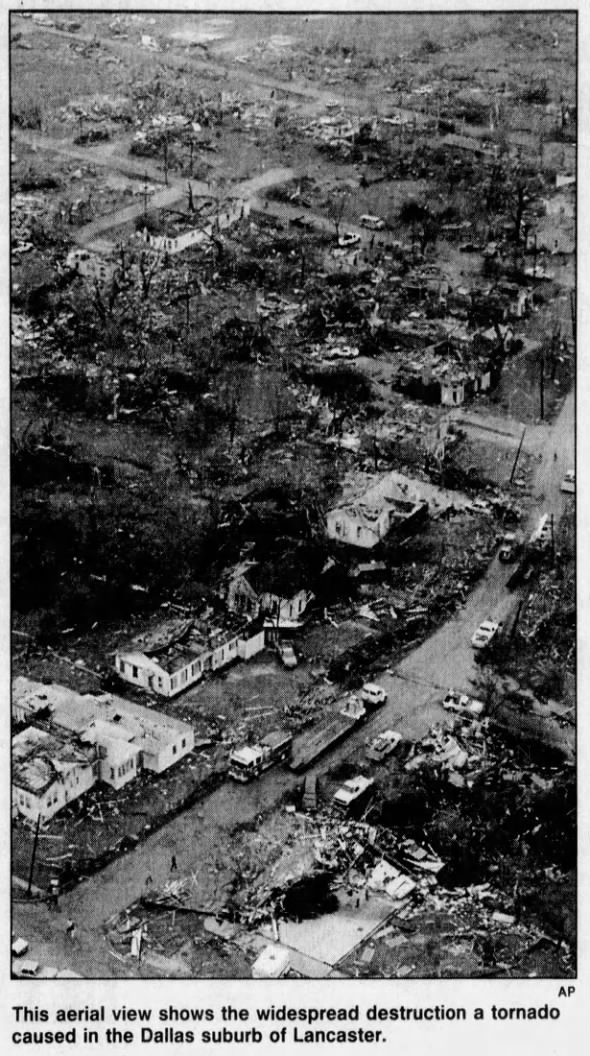 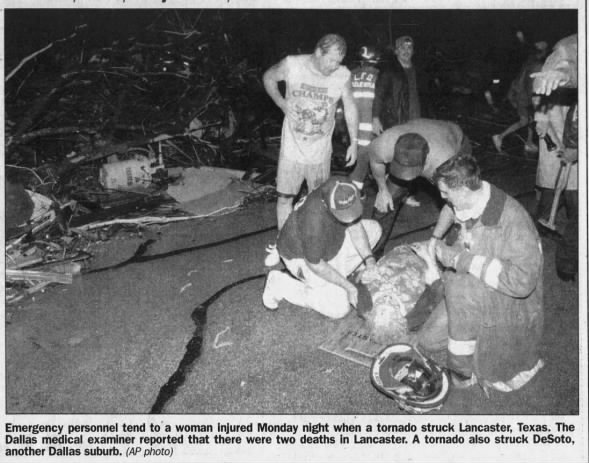 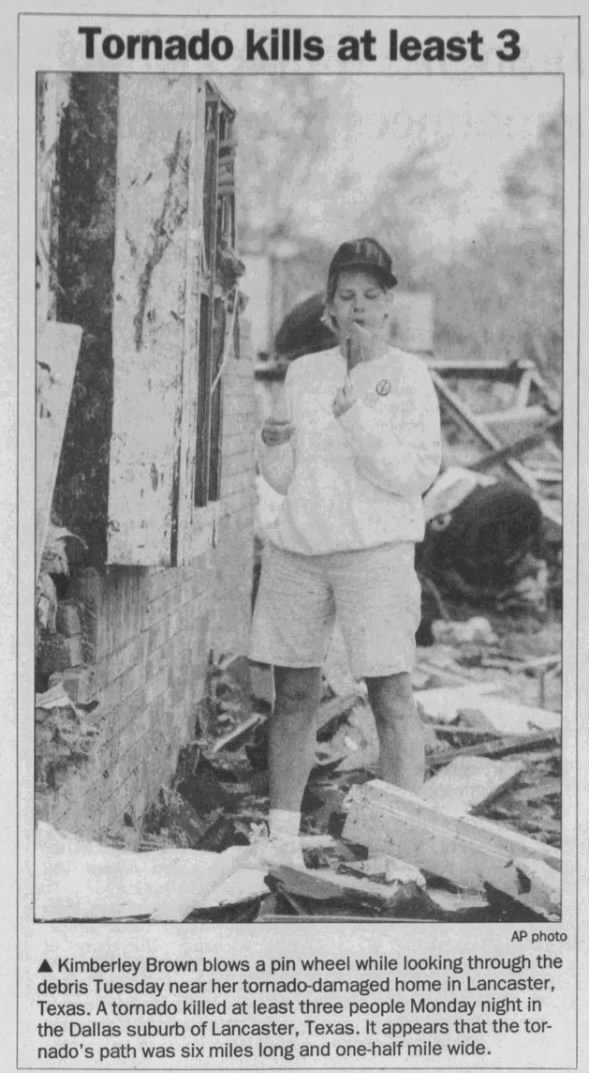 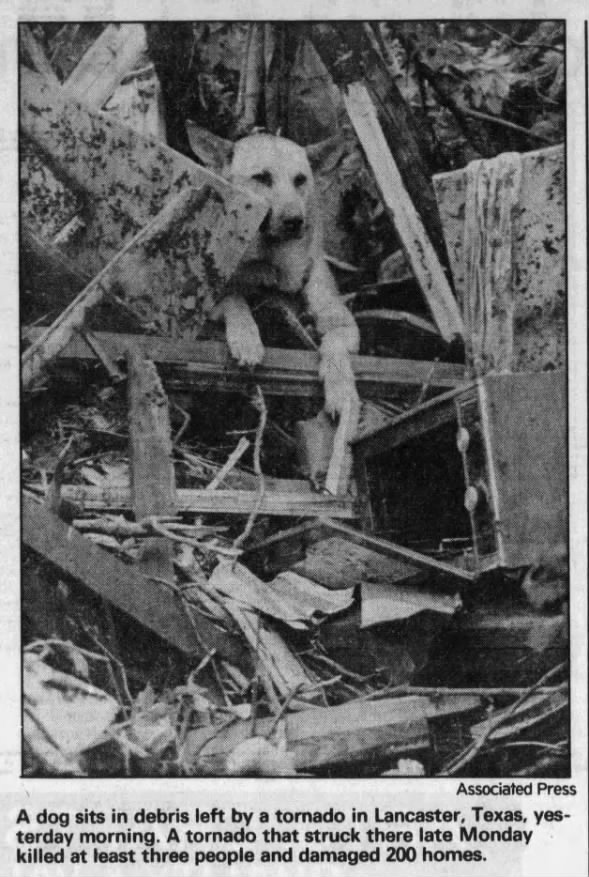 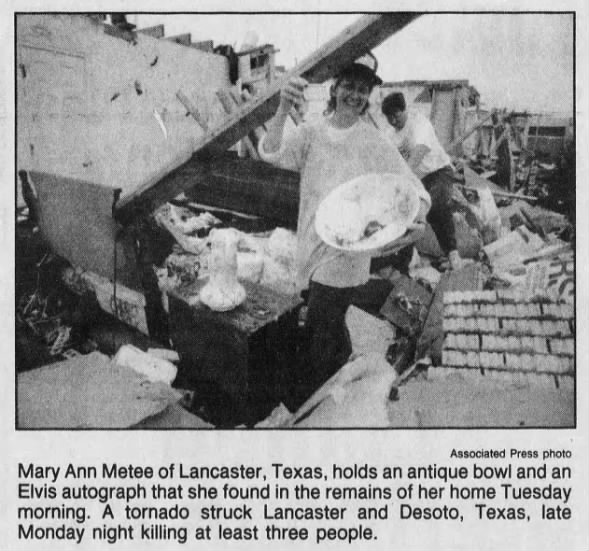 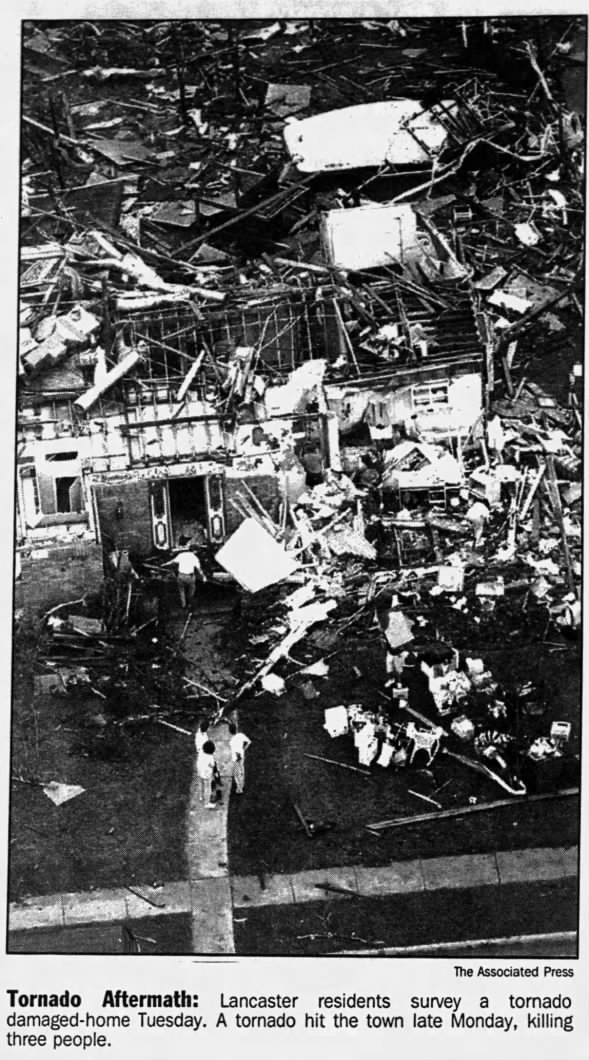 We gathered information for this event from the SPC & NCDC Databases, the April 1994 Storm Data Publication and Thomas Grazulis in Significant Tornadoes and found the following differences: