An estimated F3 tornado moved northeast through parts of Jones County and the town of Laurel during the evening of December 28, 1954.  It had a path of about ten miles per the Climatological Data National Summary (CDNS) and a width of 250 yards.  Twenty-five people were injured.

The tornado crossed through 20 blocks of northwestern Laurel.  Per CDNS, 20 homes and two other buildings were destroyed.  Eight-seven homes and six other buildings had varying degrees of damage.  Numerous trees were uprooted and telephone and power lines were downed.

Thomas Grazulis in Significant Tornadoes documented this event.  He noted less damage.  “Three homes were destroyed, four were unroofed, two were twisted, and 12 were otherwise damaged.” 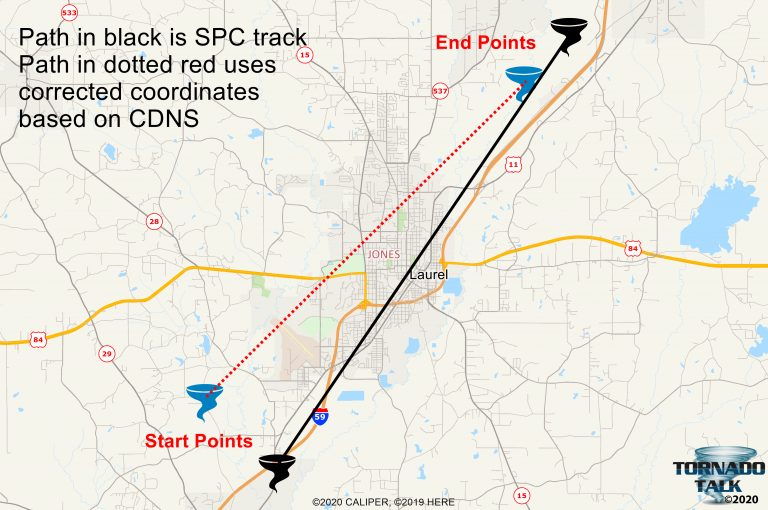 Corrected Coordinates based on CDNS: 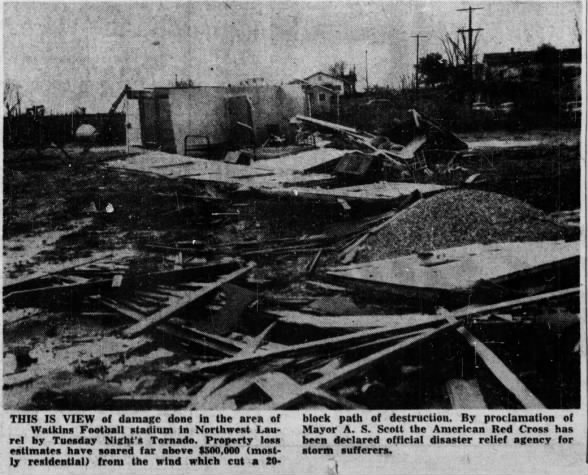 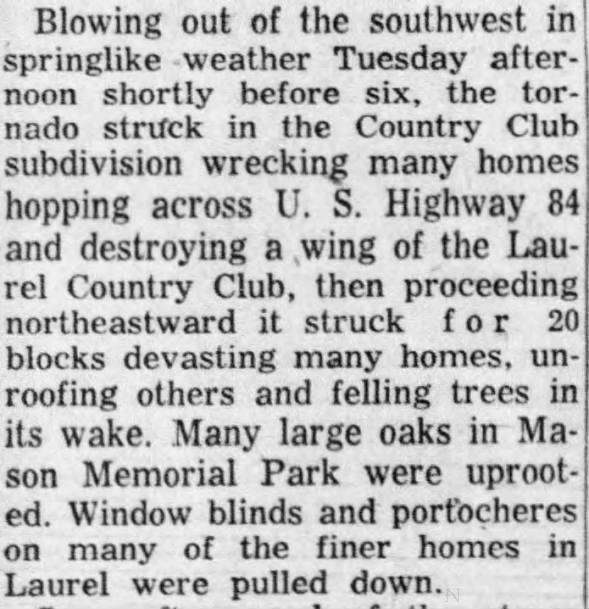 We gathered information for this event from the SPC & NCDC Databases, the December 1954 Climatological Data National Summary (CDNS) and Thomas Grazulis in Significant Tornadoes and found the following differences: