“I literally walked out in the middle of a tornado”

That is Rachelle Ziesenis.  In an interview with the Lawrence Journal-World in 2011, she describes what it was like being at the local K-Mart during the tornado that hit her town.  She was in the dressing room when the electricity went out.  That is when she remarked she walked out right when the tornado was hitting the store.  She met up with her mother and young niece in one of the aisles.  “They clutched each other mostly so the 3-year-old would not get sucked into the force of the storm, Ziesenis said.”

The store was hit hard and the lone fatality from this tornado occurred here. Stan Pittman was killed when hit by a collapsing wall.

The tornado hit the SW side of Lawrence just after 6:30pm CT and moved southeast.  The Storm Data Publication mentioned it briefly lifted and then set down again south of town.  22 homes were destroyed.  A shopping center was hit and some of the smaller buildings were leveled.

A tornado struck the southwest side of Lawrence at 6:32pm and cut a path toward the southeast. It lifted after moving on the ground 4 miles then set down for another half mile 5 miles east and 2.5 south of town. One death resulted when the storm knocked over the wall of a discount store. Thirty-three were injured, but 30 of those were treated at the hospital and released.

Hail 3 to 4 inch in diameter also fell from this storm in Southern Jefferson and Northern Douglas Counties. 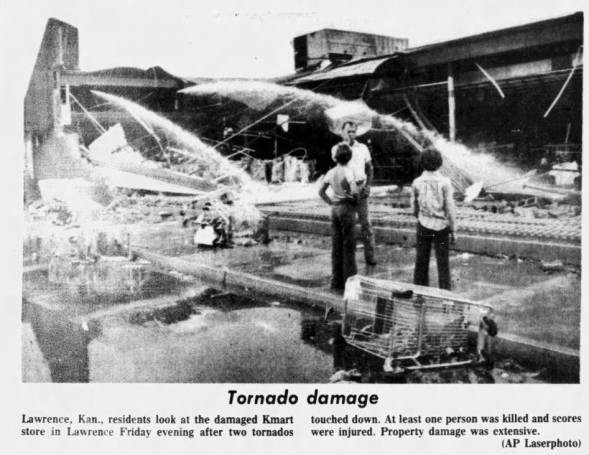 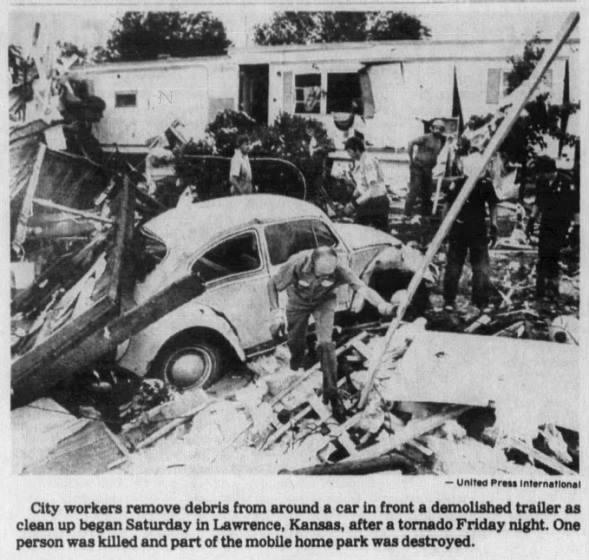 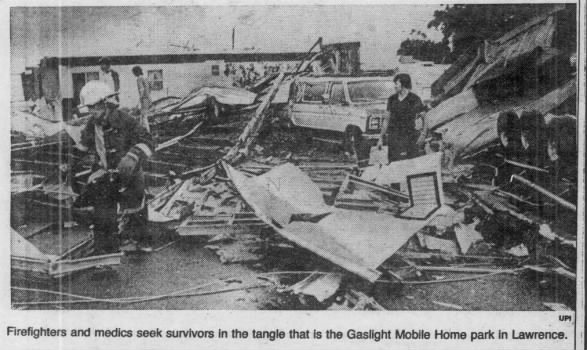 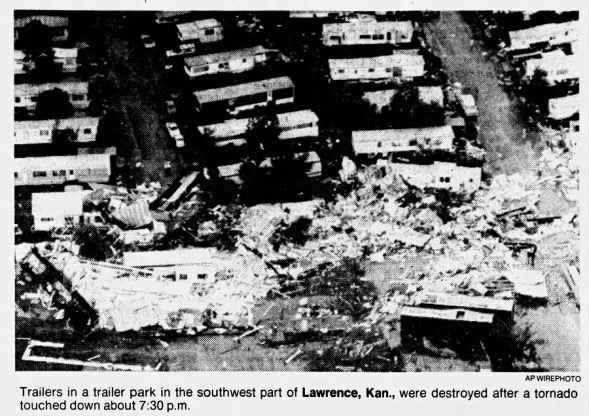 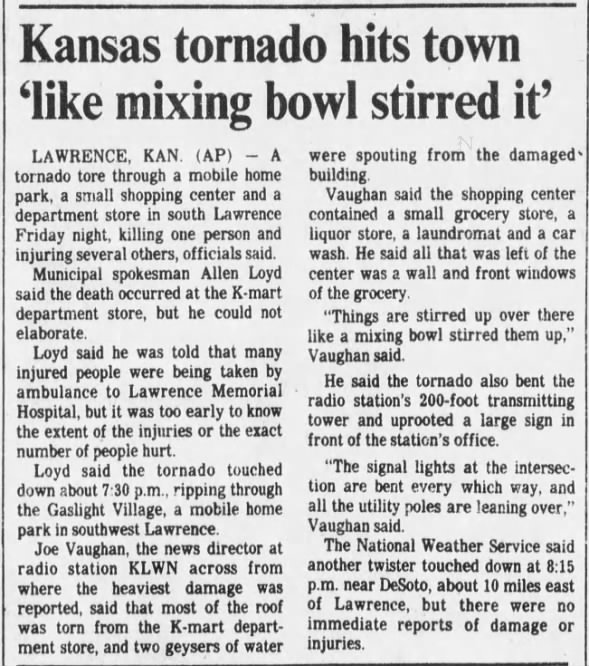 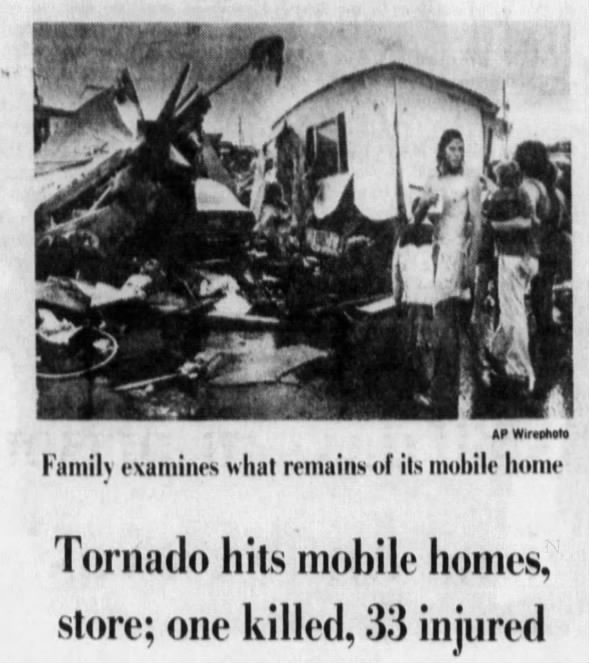 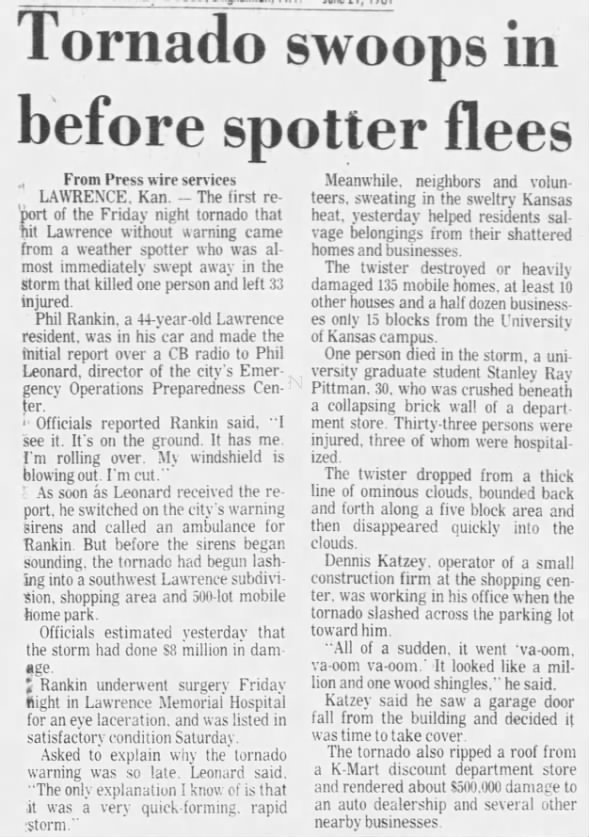 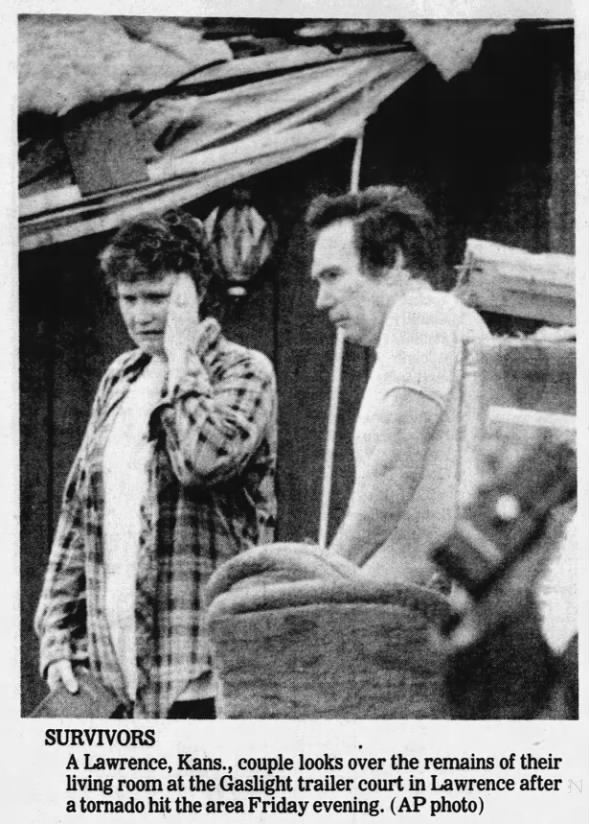 We gathered information for this event from the SPC & NCDC Databases, the June 1981 Storm Data Publication and Thomas Grazulis in Significant Tornadoes and found the following differences: