The Super Tuesday Outbreak started during the evening of February 5 and continued through the early morning of February 6.  A total of 24 tornadoes occurred on the 6th.  Two EF4 tornadoes crossed through parts of Northern AL.  This summary looks at the EF4 in Lawrence and Morgan Counties.

Per the NWS Huntsville Survey, max winds were estimated at 170 mph.  This occurred in Lawrence County.  The tornado developed near the Pinhook Community, north of Bankhead National Forest) just after 3 am CST.  The tornado tracked 16.7 miles.  It ended 3 miles SSE of Caddo in Morgan County at 3:20 am CST.

Numerous homes received significant damage.  A 2300 square foot/2-story brick house was nearly leveled off its foundation.  Large trees with diameters up to 4 feet were snapped and uprooted. Fence posts embedded in concrete were ripped out of the ground and tossed 50-100 feet.  A truck was thrown over a distance of more than 100 yards into an open field.

The Storm Data Entries do not list any injuries.  The SPC database has 23 injuries reported.  There were 4 fatalities, all in Lawrence County.  An article found in the Moulton Advertiser from March 18, 2009, states that Greg and Becky Coleman and their 19-year-old son, Gereck, were killed at their home in Aldridge Grove.  In the Fairfield Community, 86-year-old Faye Nell Long McCulloch was thrown from her mobile home. She died at the hospital later that night. 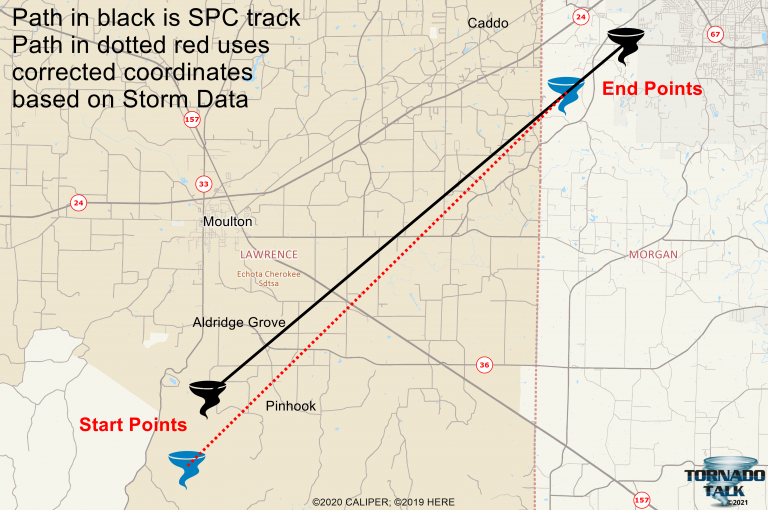 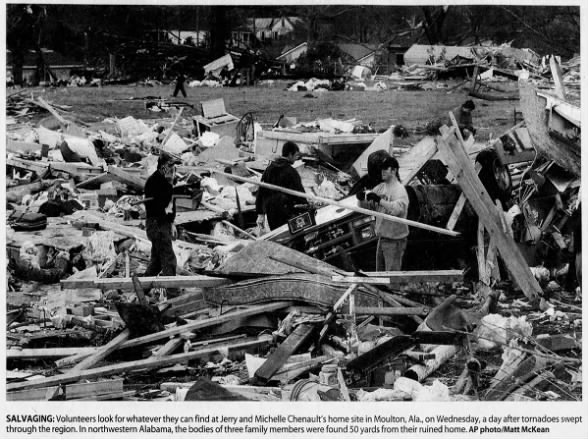 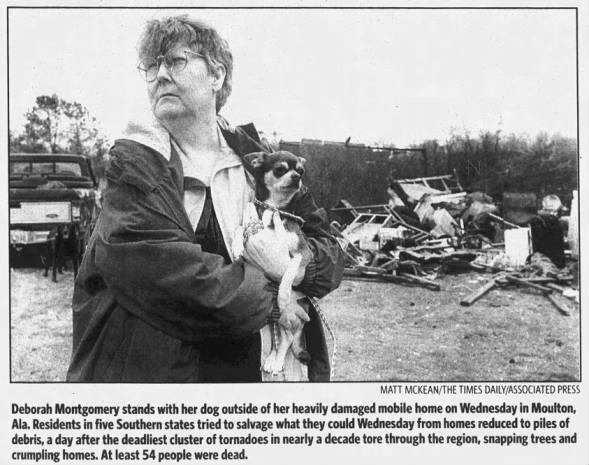 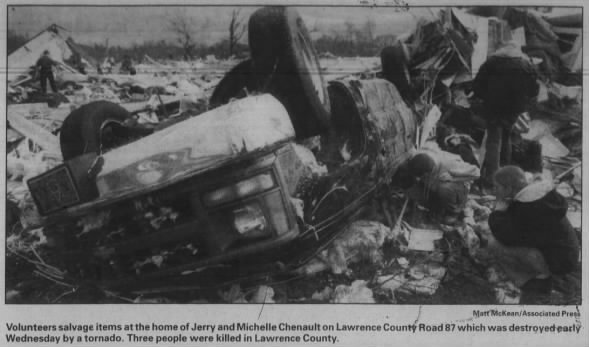 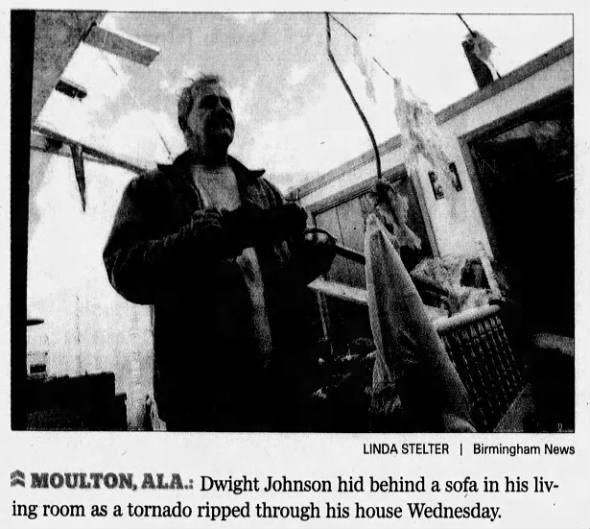 We gathered information for this event from the SPC & NCDC Databases, the February 2008 Storm Data Publication and the NWS Huntsville Summaries and found the following differences: