Two tornadoes are found in the SPC Database on October 15, 1957.  Both were rated F3.  We look at one of these in this summary.  It moved close to 38 miles through parts of South Central Louisiana.  Per the Climatological Data National Summary (CDNS) and Thomas Grazulis in Significant Tornadoes, the twister moved NNE from Leonville to near Opelousas and then into a thinly populated area along the Atchafalaya River.  15 homes were destroyed.  Grazulis notes that cars were thrown and rolled from Highway 31.  There were 29 injuries reported and one fatality.  Ms. Sidonia Carrier died of injuries sustained when the tornado destroyed her Boscoville home.

When I plotted the SPC coordinates for this path, I noticed it didn’t really match all of the other information I had gathered from Grazulis, CDNS and newspapers.  The worst damage was about 4 miles east of Opelousas in the Boscoville area.  Per the hand-drawn map I found in the October 16, 1957 Opelousas Daily World, the track started west of Leonville and moved NNE between Opelousas and Port Barre.  CDNS and Grazulis both state the track was NNE.  When you scroll down to the map section of this summary, you will see the SPC track is more ENE and takes Boscoville out of the track. Not a lot of information on what happened north of this area.  It is mentioned that the area was “thinly populated”. 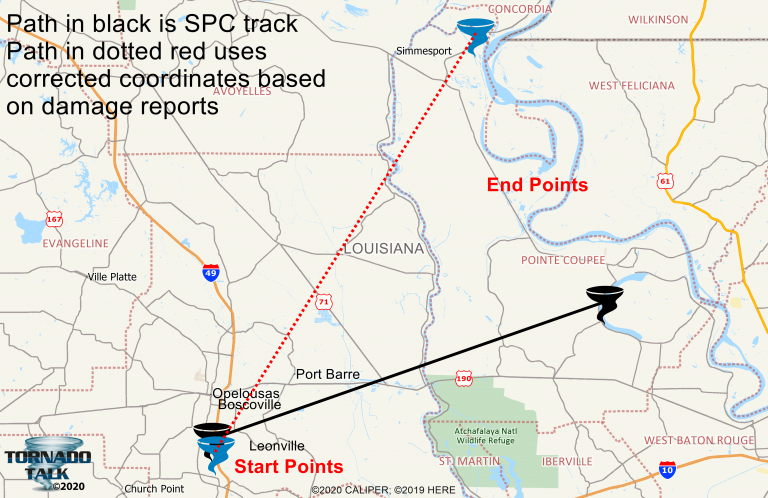 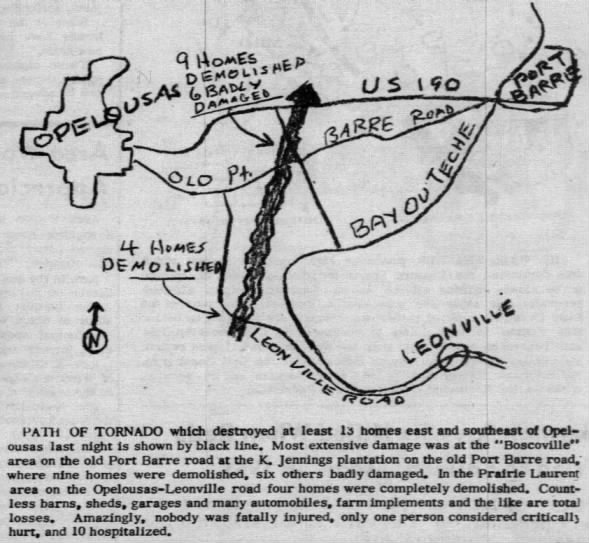 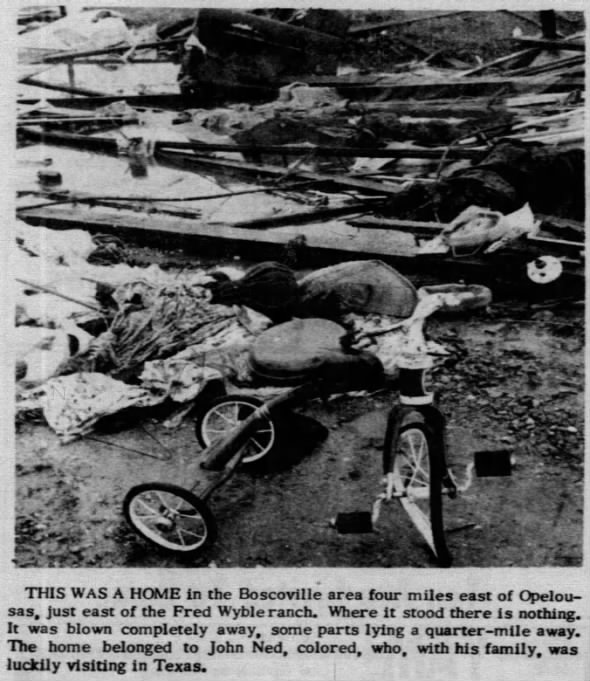 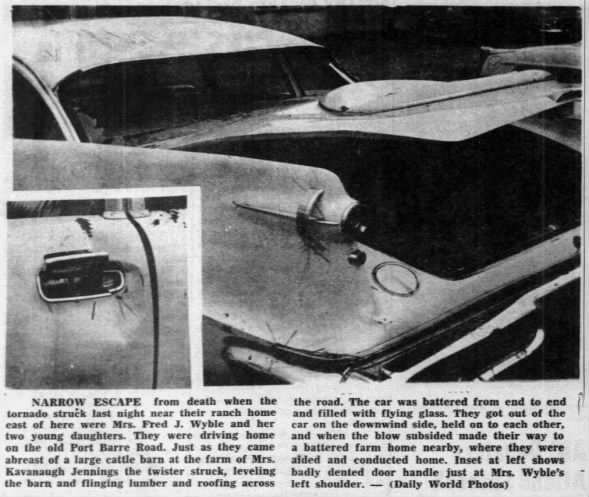 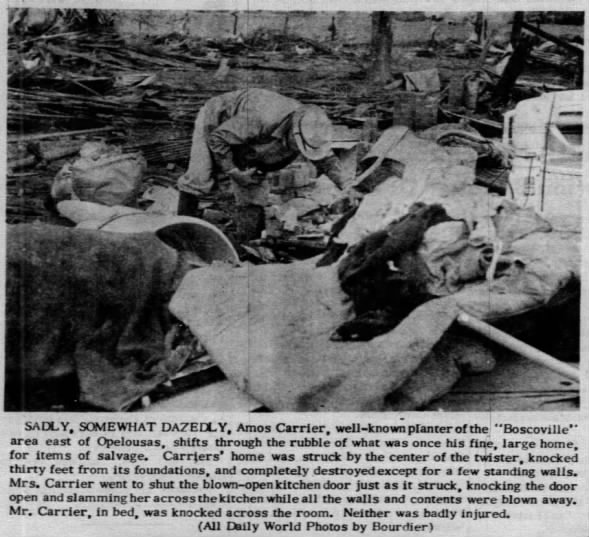 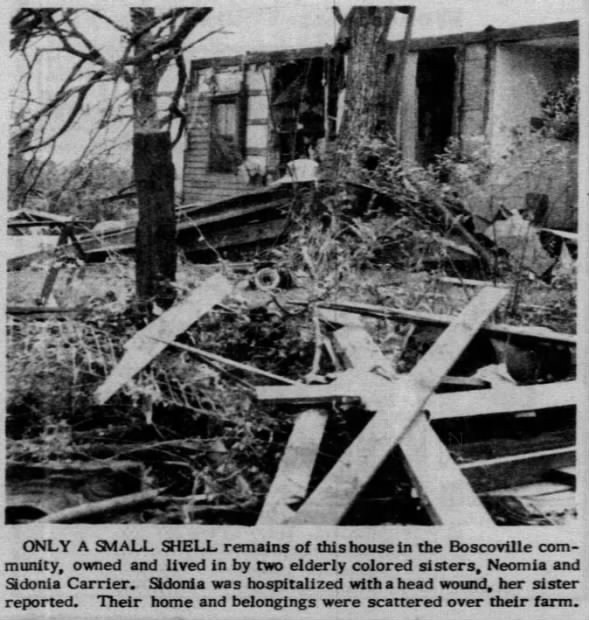 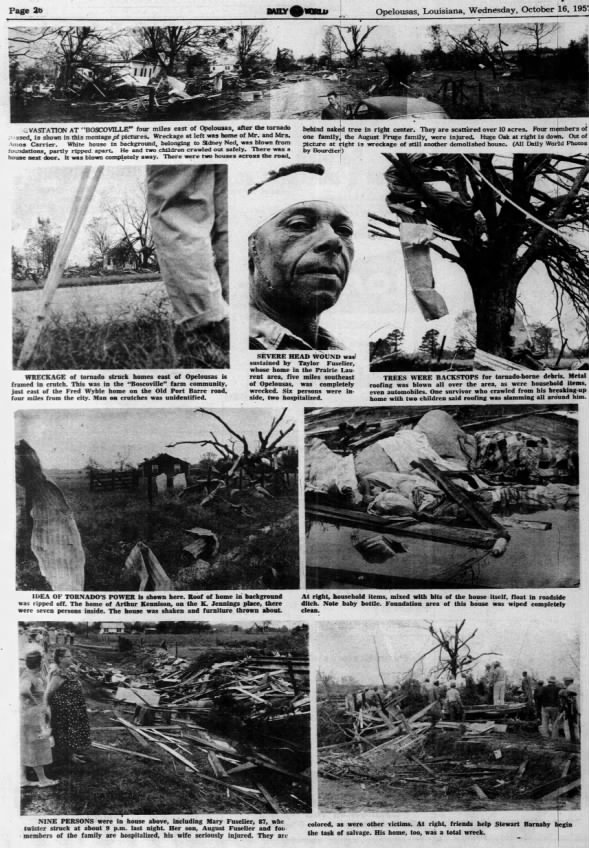 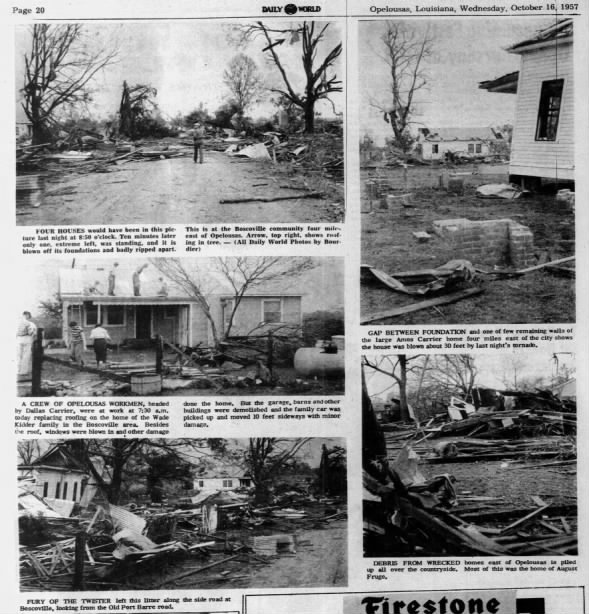 We gathered information for this event from the SPC & NCDC Databases, the October 1957 Climatological Data National Summary (CDNS) and Thomas Grazulis in Significant Tornadoes and found the following differences: