A tornado outbreak occurred on August 16, 1994 in association with the remnants of Tropical Storm Beryl.  The topic of this summary is on one of those tornadoes:  a strong F3 in Lexington County, SC.

Tropical Storm Beryl made landfall near Panama City, FL around 0000 UTC on August 16.  The storm weakened to a tropical depression over SW GA 12 hours later.  In this dissipating stage, several tornadoes were spawned.  A total of 31 tornadoes are a part of the SPC database.  There were 23 confirmed tornadoes in South Carolina with 5 of those in Lexington County.

A damaging F3 developed 3 miles SSE of Lexington.  It moved NNW to Secret Cove on Lake Murray.  The path length was estimated at 8 miles. There were no fatalities and 40 injuries.  The Glassmaster factory at the intersection of SC 6 and I-20 had major damage.  The village Square Shopping Center was hit hard and people were trapped by debris.  Close to 200 homes were damaged.

Tornado touched down near intersection of SC 311 and SC 244 3 miles south-southeast of Lexington.  Major damage occurred to the Glassmaster factory at the intersection of SC6 and Interstate 20.  The tornado from that point was mostly on the ground as it moved through east and north central Lexington.  Outside of Lexington, the tornado passed near the Rikard Nursing home.  The storm became more intense with another area of severe damage in the Secret Cove area along the south Lake Murray shore.  The tornado apparently dissipated over Lake Murray although strong winds were noted in the Old Forbes Road area on the northern shore of Lake Murray.

Approximately 200 homes were damaged, many businesses, several churches and public buildings were also damaged.  Five electric substations were damaged in Lexington County with 15,000 customers without electrical power.  Forty people were injured.  The tornado was observed by many people from the time it first struck near SC602 until it dissipated over Lake Murray. 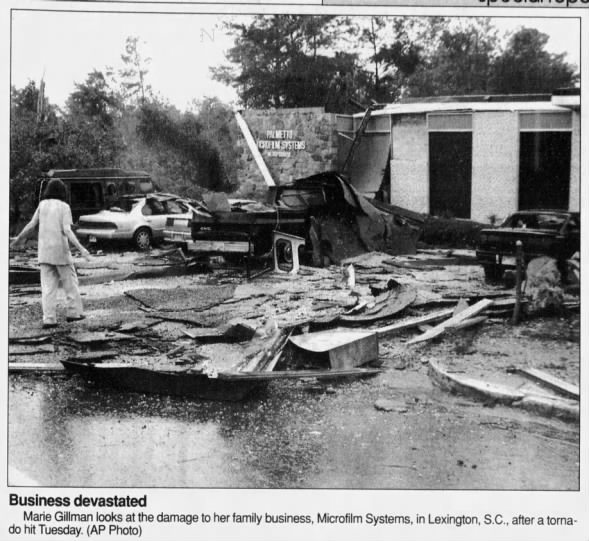 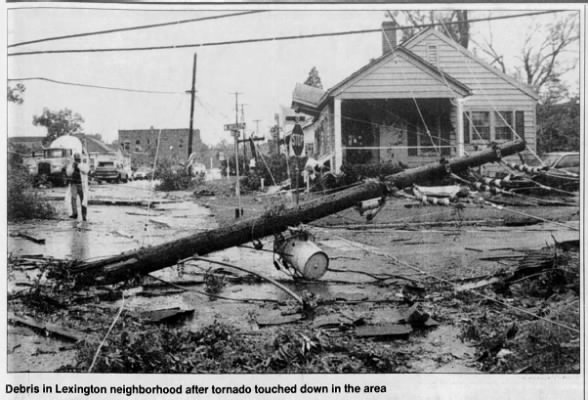 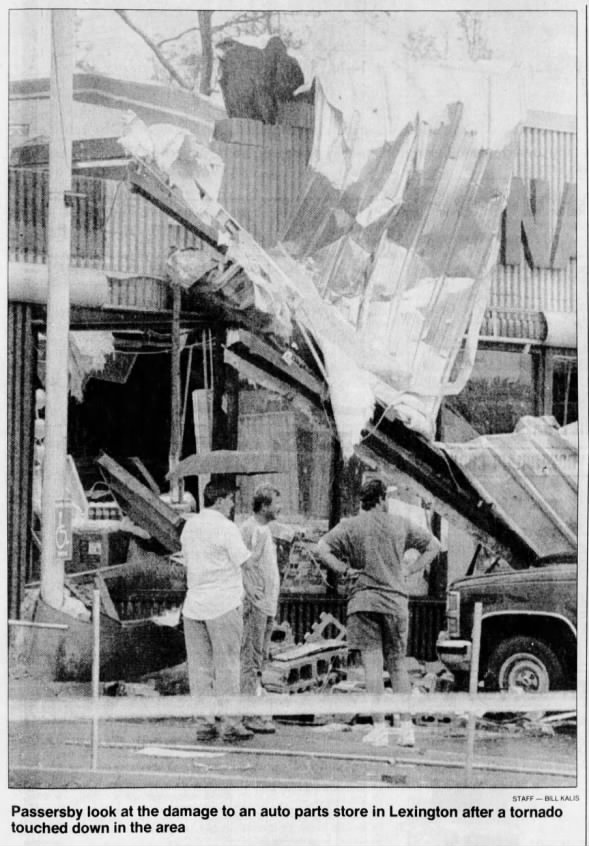 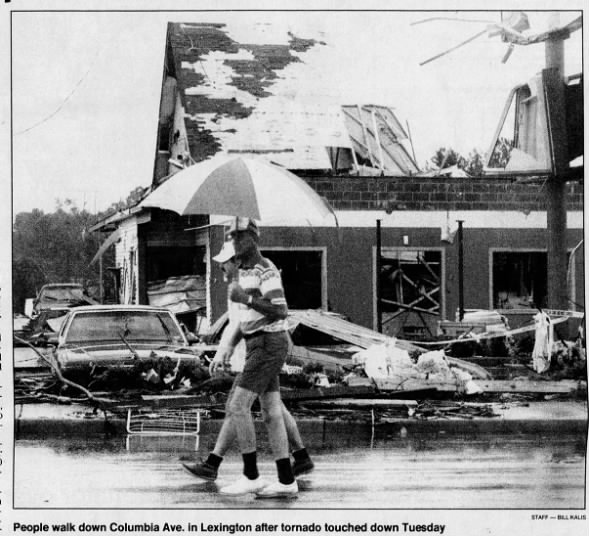 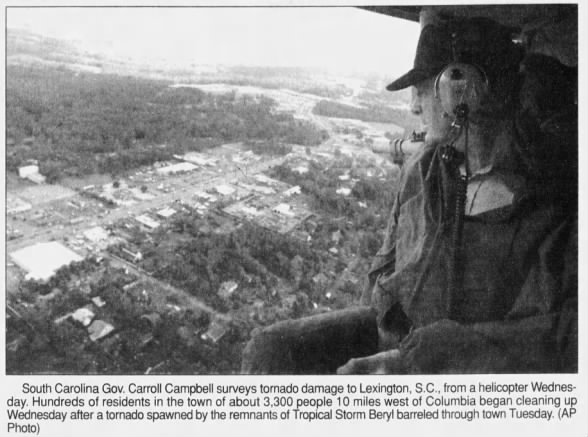 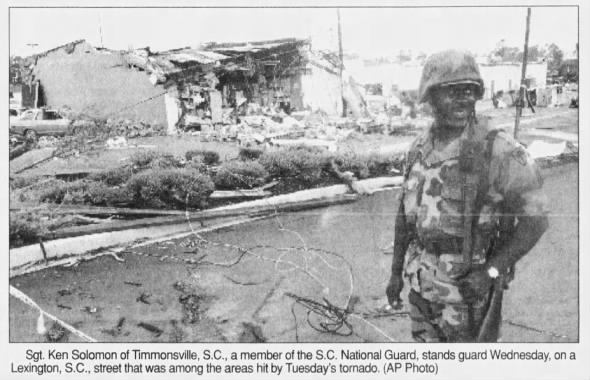 We gathered information for this event from the SPC & NCDC Databases, the August 1994 Storm Data Publication and Thomas Grazulis in Significant Tornadoes and found the following differences: