The National Weather Service described this twister as “an extremely powerful, but compact tornado.” It was given a rating of F4 and was the strongest of the 13 that occurred across parts of the southern US on January 19, 1988.

The tornado moved through a heavily forested area of NE Attala County.  The strongest part of the twister was “in a three mile stretch in the Liberty Chapel community.”  This is located about 16 miles NE of Kosciusko.  Per the summary, “the strongest winds were in the center of the tornado path with the width of the F4 damage only 10-20 yards wide.”

There were no fatalities and only one injury.  A man was cut when the tornado demolished his home.  There was a total of five homes destroyed, and seven others were damaged.  Five barns were destroyed.  Per the Forestry Commission, an estimated 1,920 acres were damaged. 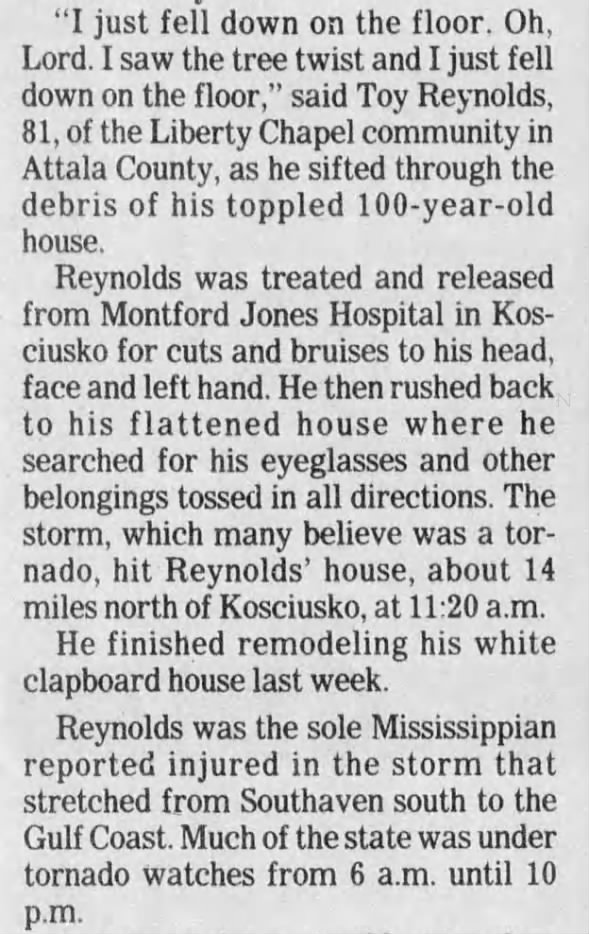 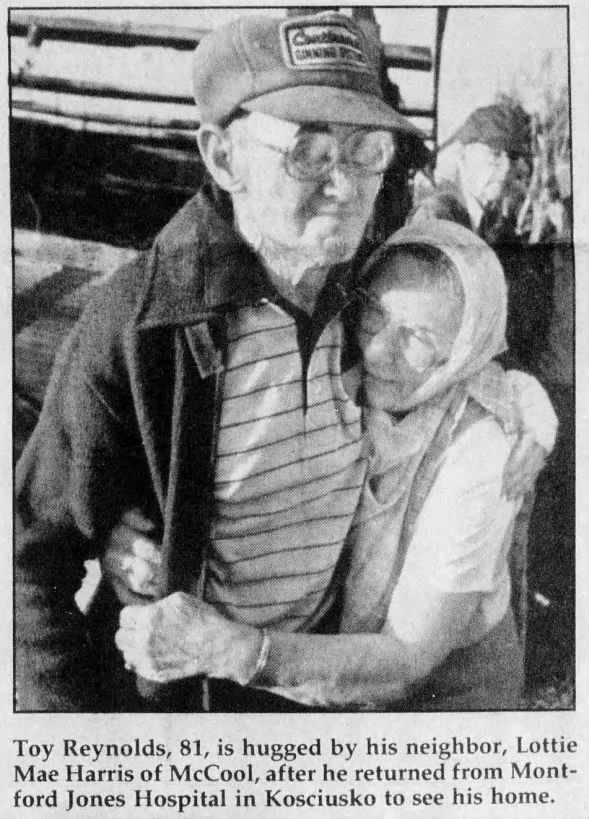 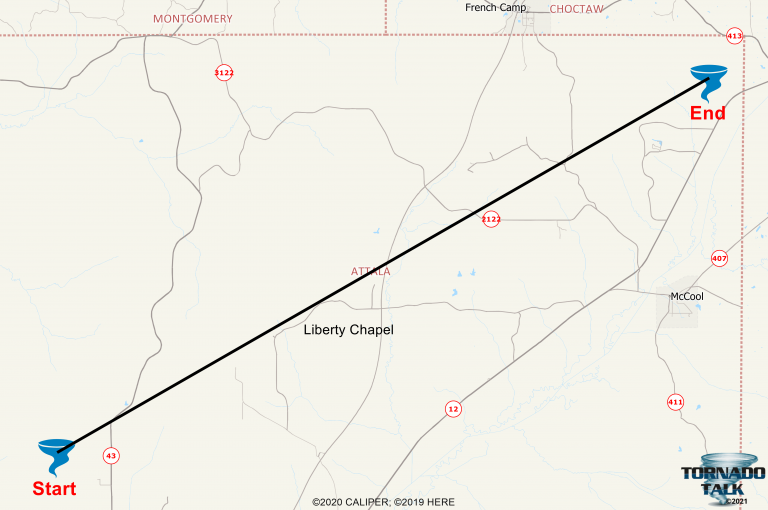 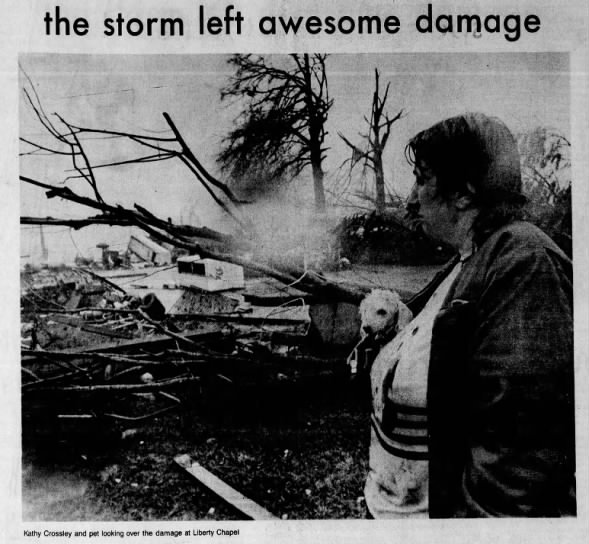 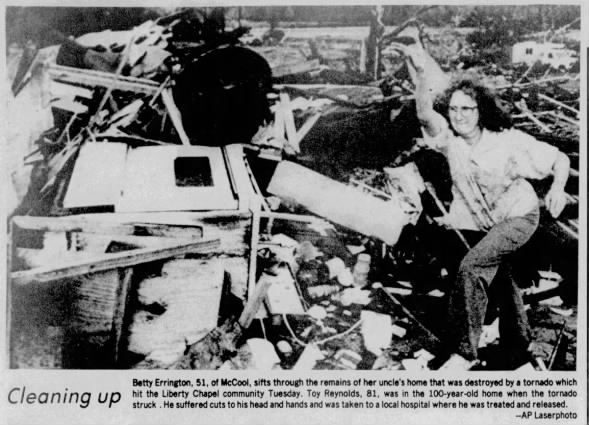 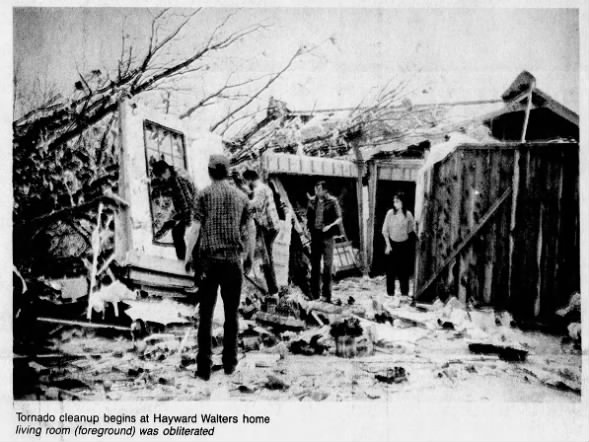 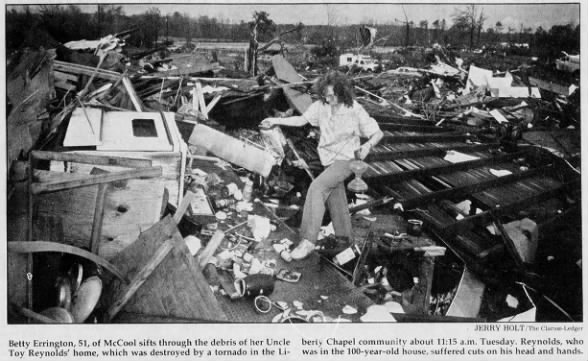 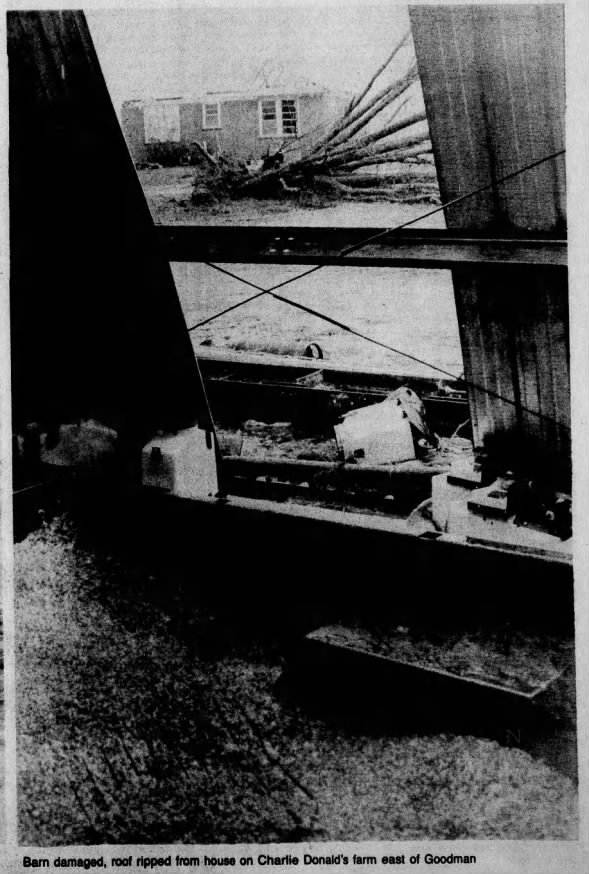