The F3 that crossed through parts of Allen County, OH on July 19, 1950 was the strongest of the 6 twisters that occurred that day.  Per the SPC plot, the tornado tracked from Lima to Beaverdam.

In an article in the Akron Beacon Journal on July 20, 1950, 19-year-old Tom Maurer was quoted, “The funnel was a greyish mass, swirling slowly at first, but gaining momentum as it swept through the city.  We saw limbs from trees and parts of houses shooting up in the air.”

Hundreds of homes were damaged, 3 were destroyed.  A drive-in theater, which had only been built 2 weeks before the tornado hit, was leveled.  The Lennox Furnacing Company was unroofed and a wall collapsed.  The roof was also ripped from the Western Condensing Company.  Two steel-fabricated walls and 2 other buildings were damaged. There were 30 injuries and no fatalities. 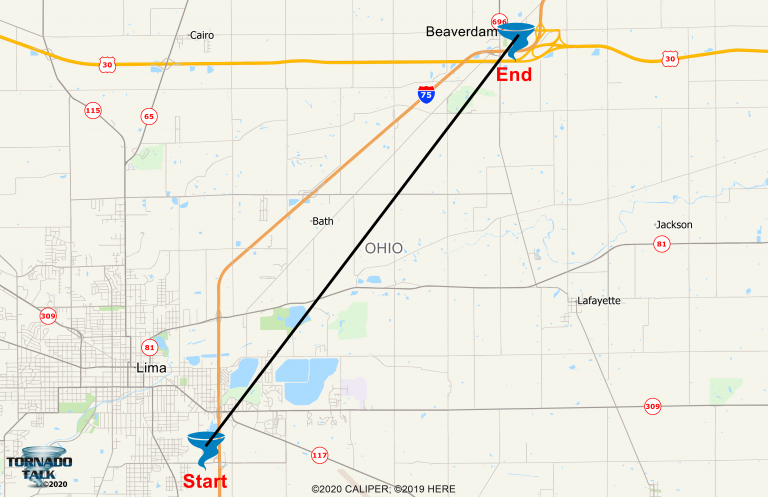 Newspaper articles document that the tornado moved through NW Lima.  Thomas Grazulis states this as well in his book Significant Tornadoes.  If that is correct, then the official SPC coordinates are incorrect.

Sent to us by his daughter, Sue Bachmann Fry, Tucson, AZ 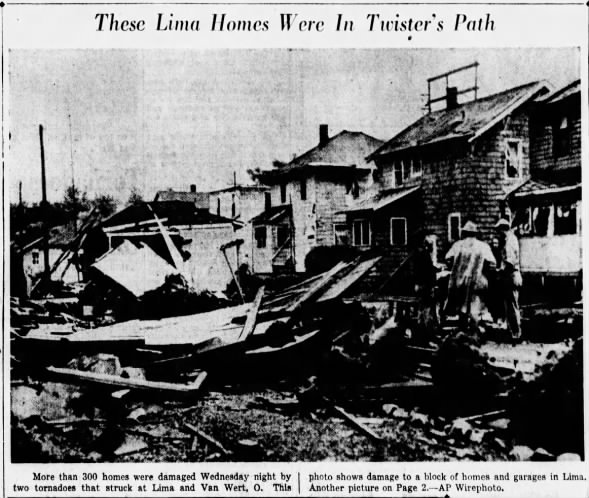 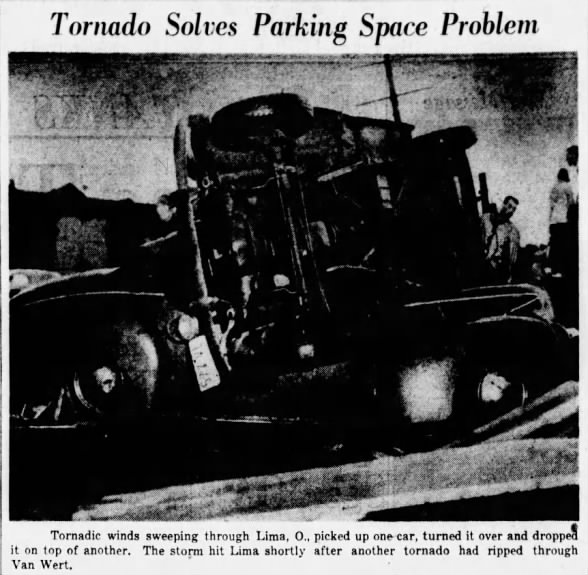 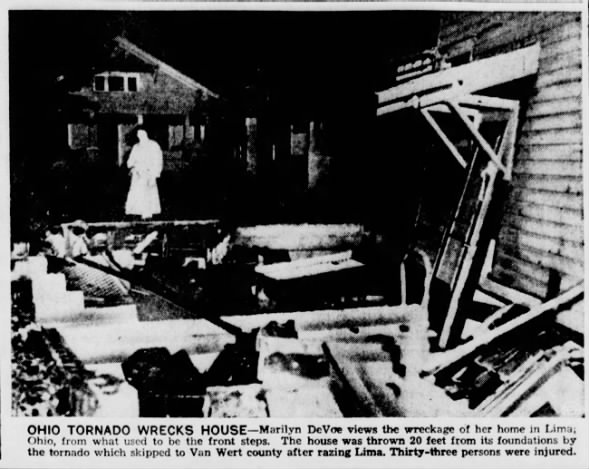 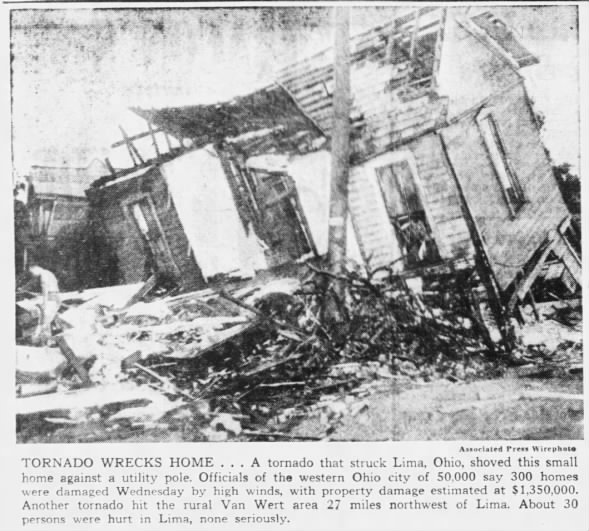 We gathered information for this event from the SPC & NCDC Databases, the July 1950 Climatological Data National Summary (CDNS) and Thomas Grazulis in Significant Tornadoes and found the following differences: