A tornado outbreak occurred across parts of the Mid-Atlantic and the Northeast on July 27, 1994.  The SPC Database shows a total of 25 tornadoes spanning 4 states:  Virginia, Maryland, Delaware and Pennsylvania.  The strongest were rated F3, both in the state of Pennsylvania.  One was in Chester County.  It that traveled 4 miles and caused 11 injuries.  The deadliest tornado of the outbreak is the topic of this summary.

At 1145 EST, a quick-hitting F3 hit parts of Montgomery County, PA.  The official path is only 2 miles.  Per the Storm Data entry, there were eyewitness reports of a funnel cloud near Royersford.  It became a tornado in Limerick just to the northeast of Linfield Road.  The tornado paralleled Limerick Road on its western side and moved right over a housing development called “The Hamlet”.  It was a newer development.  Per Storm Data, “Of the 27 inhabited houses, 4 were leveled, 16 were damaged beyond repair, 1 under construction was destroyed and only 7 remained liveable. Damage in this development alone was $2 million.”

Sadly, a family of 3 who lived in one of the houses in The Hamlet died.  Per an article in the Morning Call, Allentown on July 29, “Daniel J. Thompson III and his wife Laura, both 28 and there 10-month-old daughter Michela were killed.”  All three were found outside of the home.  Police found Daniel on the lawn outside of his home.  Laura and the baby were found across the street.  A US Savings Bond in the name of the baby was found 50 miles away in Moore Township.

Per Storm Data, “Another man was blown through the second story window of his house about 50 feet into the family room of his neighbor’s house and survived. Equally miraculous a 5-month-old infant sailed out of his crib onto the front lawn of his home and survived.

The tornado continued to move through the business area of town destroying or damaging businesses.  Damage occurred at the Limerick Fire House.  The twister missed the PECO Energy’s nuclear power plant by just over 2 miles.  The tornado lifted in the Limerick Garden of Memories Cemetery.

From police and eyewitness reports apparently a funnel cloud was working its way toward the ground over Royersford and became a tornado in Limerick just to the northeast of Linfield Road at 10:45 pm EST. The tornado intensified into a strong (F3 on the Fujita Scale) one as it paralleled Limerick Road on its western side. A development called “The Hamlet” was in the direct path of this tornado. The Hamlet was a new development started within the past 2 years and about 30 of the planned 430 units were occupied or under construction. The development took a direct hit from the tornado. This resulted in 3 deaths (the same family) and 25 injuries. Of the 27 inhabited houses, 4 were leveled, 16 were damaged beyond repair, 1 under construction was destroyed and only 7 remained liveable. Damage in this development alone was $2 million. The family of three which lost their lives lived on Victory Way. They were asleep and blown out of their house. The father was found on the front lawn. The mother and her 10-month-old daughter were found over a sewer grate. A United States Savings Bond in the child’s name was found the next day in Bath, Pennsylvania. Bath is located about 50 miles northeast in Northampton County. Another man was blown through the second story window of his house about 50 feet into the family room of his neighbor’s house and survived. Equally miraculous a 5-month-old infant sailed out of his crib onto the front lawn of his home and survived.

As tragic as the devastation was at “The Hamlet”, it was not the only place in Limerick to sustain damage. As the tornado traveled through the business area of the town, it leveled most of the Hide and Seek Storage Sheds (damage estimated at $1 million). It peeled part of the roof off the Limerick Diner. None of the 30 patrons inside were injured. The Atlantic and Sunoco Gas Stations sustained major damage. Gasoline pumps at the Sunoco Station were wrenched from their cement foundation. An overturned beige truck lay about 200 yards from where it was parked. Even the Limerick Fire House sustained about $25,000 in wind damage. In addition to “The Hamlet”, 14 other homes in Limerick sustained major damage. About 90 persons in Limerick had to find temporary shelter. Total damage in Limerick alone was estimated between $5 and $5.5 million.

The tornado lifted in the Limerick Garden of Memories Cemetery, but its parent thunderstorm continued to produce wind related damage in upper (northwestern) Montgomery County. Downed trees were reported in Zieglersville. In Marlboro Township about 50 to 60 trees were uprooted on Swamp Creek and Miller Roads. About 10 properties were damaged by the falling trees, including one house that had six trees on top of it. A lightning ignited fire extensively damaged a West Marlborough home. It took six fire companies to get it under control. (M28P), (F28P), (F1P) 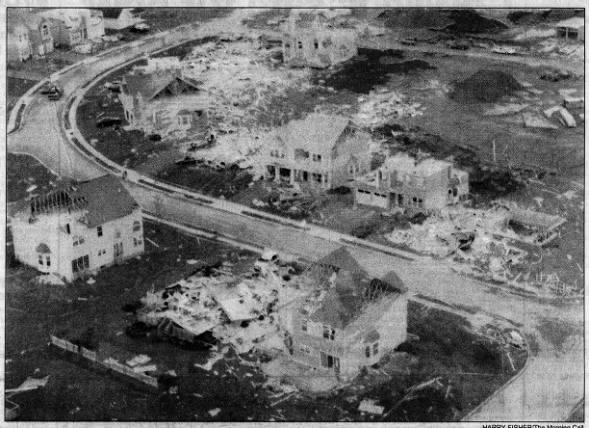 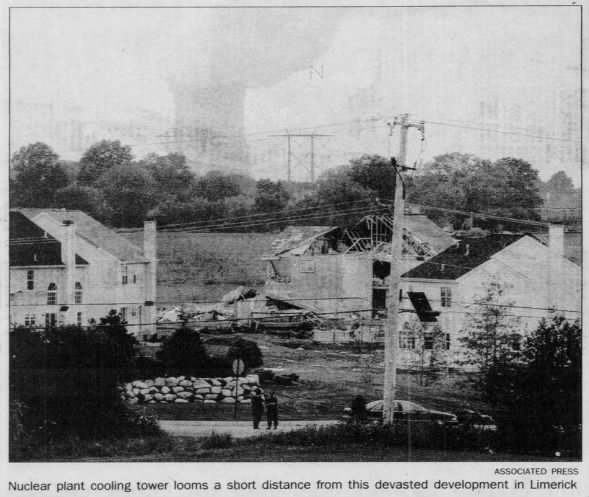 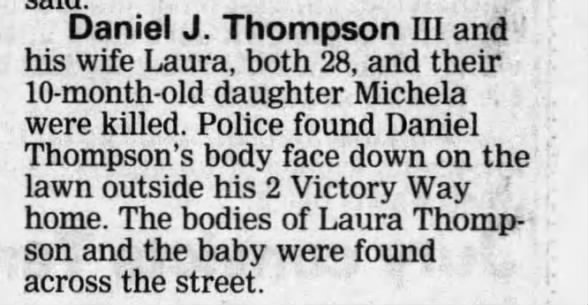 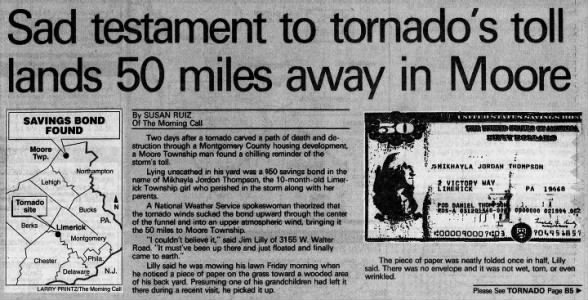 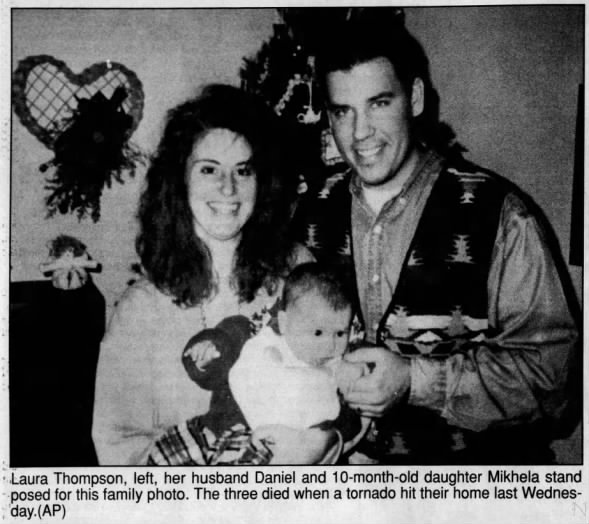 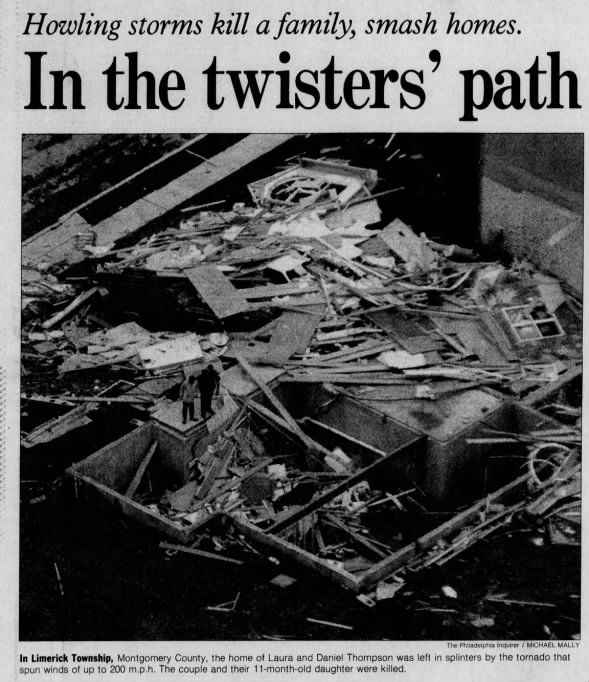 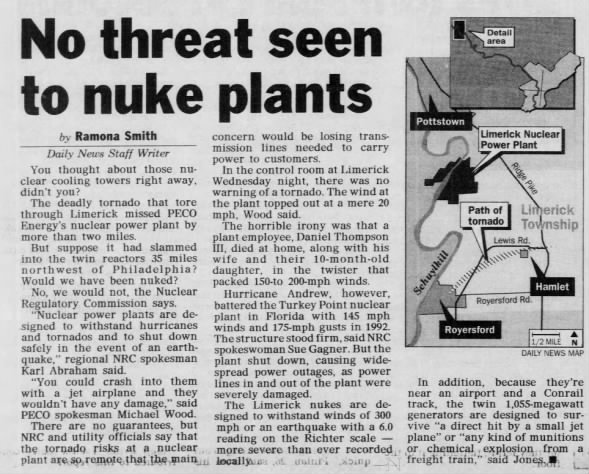 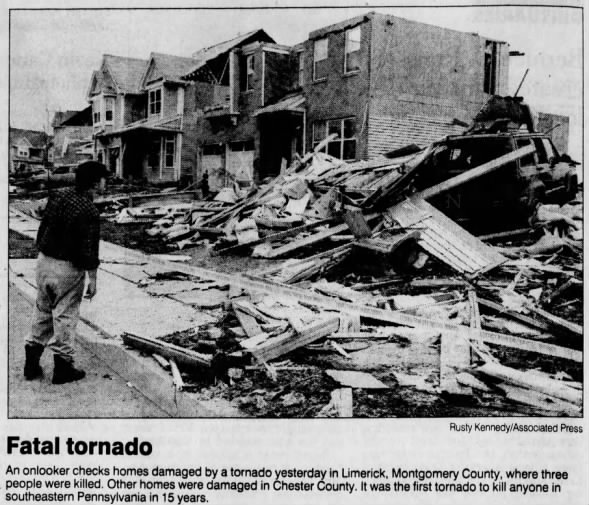 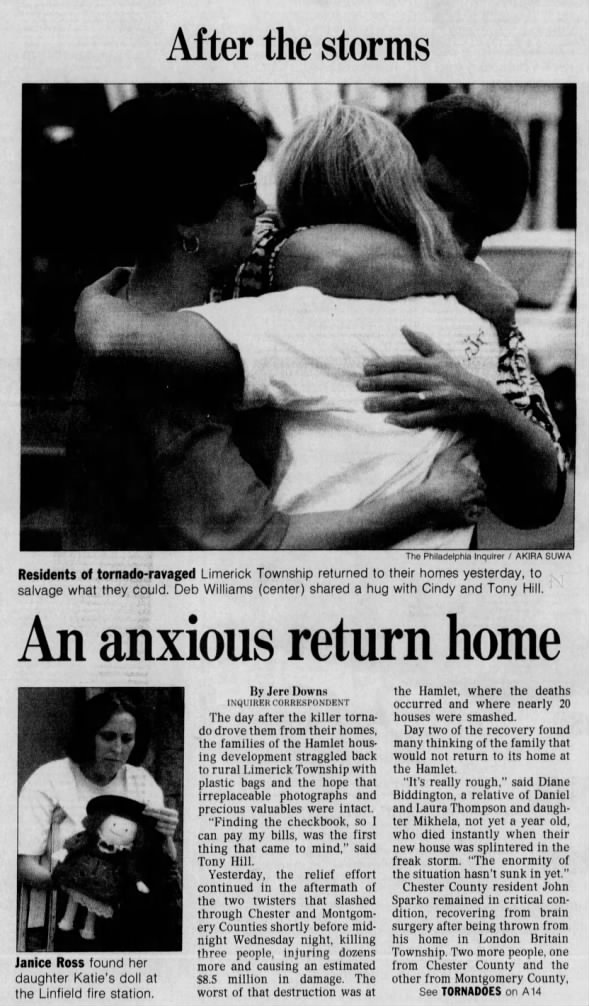 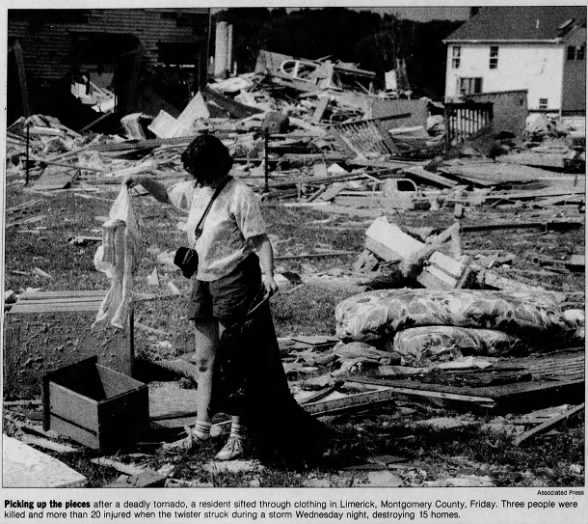 We gathered information for this event from the SPC & NCDC Databases, the July 1994 Storm Data Publication and Thomas Grazulis in Significant Tornadoes and found the following differences: