A total of 35 tornadoes were confirmed to hit on October 13, 2014.  Most were rated EF0 or EF1. There were three rated EF2 and we look at one of those in this summary.

A strong upper level system and cold front moved through parts of the south.  Damaging winds and isolated tornadoes formed along the squall line.  This tornado developed just south of Highway 32, approximately nine miles west of Ashdown, AR near the Arden community. In this area, numerous trees were snapped or uprooted.  As it crossed the highway, it hit a mobile home completely destroying it. There were 5 family members inside.  Mr. Eddy Withem died.  His wife, Roxanne, and three children were injured. Another mobile home nearby sustained damaged. The tornado crossed CR. 16 and ended.

Here is an article via KSLA News about the event. 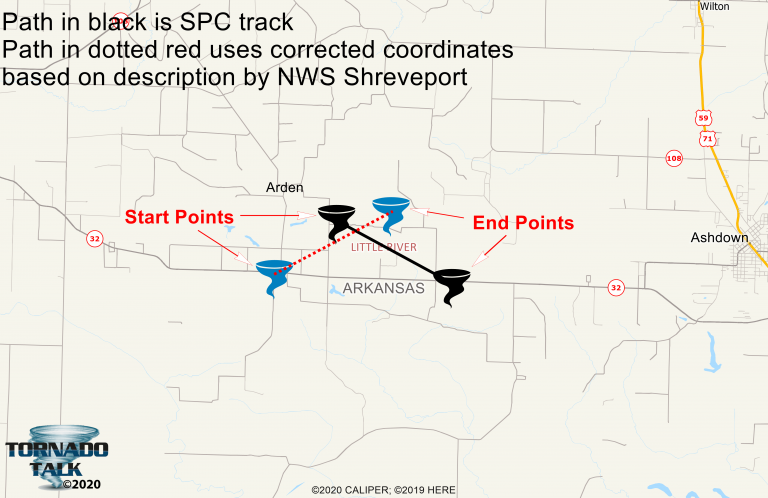 A double-wide manufactured home was completely destroyed with debris from the home being blown away. This damage was rated EF2. A vehicle was also overturned at this residence. A family of 5 was inside the home during the tornado. One person was killed and the other four were injured.

NWS Shreveport Summary of the Event