A handful of tornadoes occurred across parts of the Deep South on September 23, 1985.  We look at an F2 that skipped about 22 miles through Conecuh County, AL.  It began near the town of London and moved NE to near Fairview before moving more northerly.  An elderly couple were in the bedroom of their home when the twister hit.  Only the floor of the room and bed was left.  The couple had minor injuries.  Per newspapers articles, at least 3 homes were demolished and 11 more were heavily damaged.

A tornado apparently first touched down in the London area about 4W Castleberry and followed an intermittent path NE to 1W Fairview and then a more northerly path to 15N Fairview.  Three people were injured in the London area when their homes were destroyed.  One elderly couple was in the bedroom of their home when the storm hit.  Only the floor of the room and the bed was left, but the man and woman escaped with minor injuries.  One lady suffered a head injury from debris after taking cover on the floor of the hallway in her home.

The tornado crossed I-65 north of Castleberry where the driver of a tractor trailer rig was injured when an airborne tree slammed into the trailer and the truck wrecked.  Other damage include a service staton damaged near Fairview and a mobile home and a house damaged at the end of the path, 15N Fairview at 1010CST.  Much of the southbound traffic on I-65 had stopped and sought shelter near Evergreen, according to reports from local official, after motorists spotted the approaching storm. 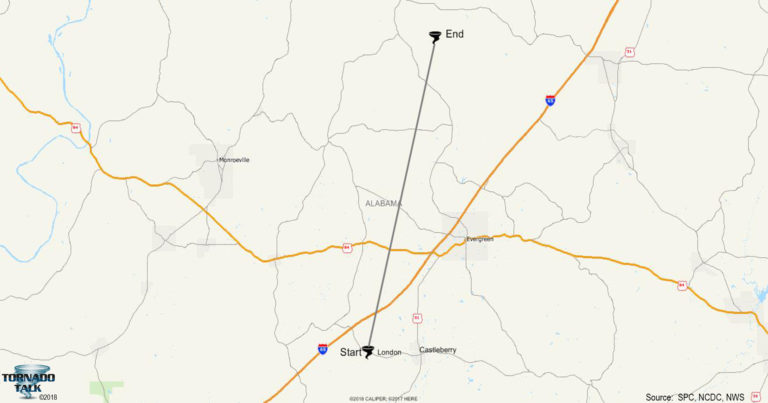 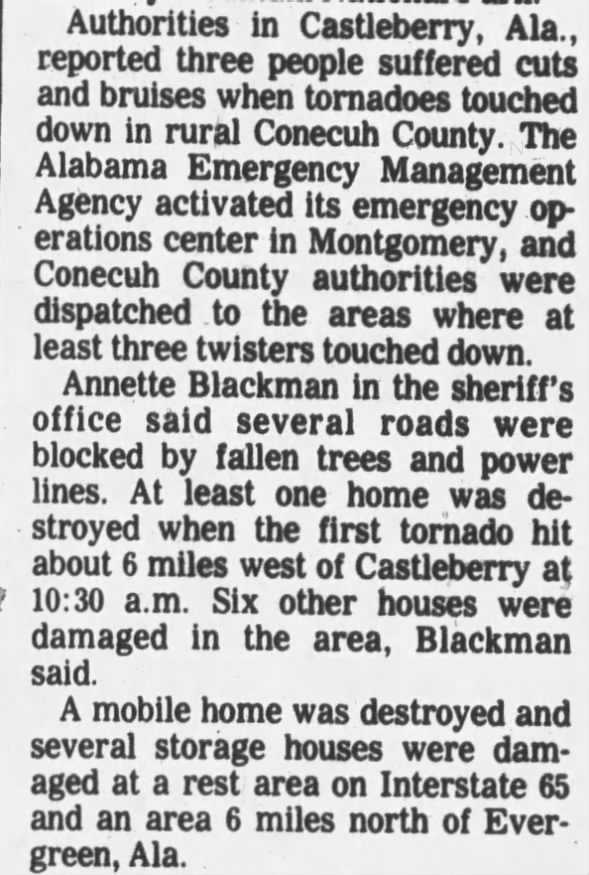 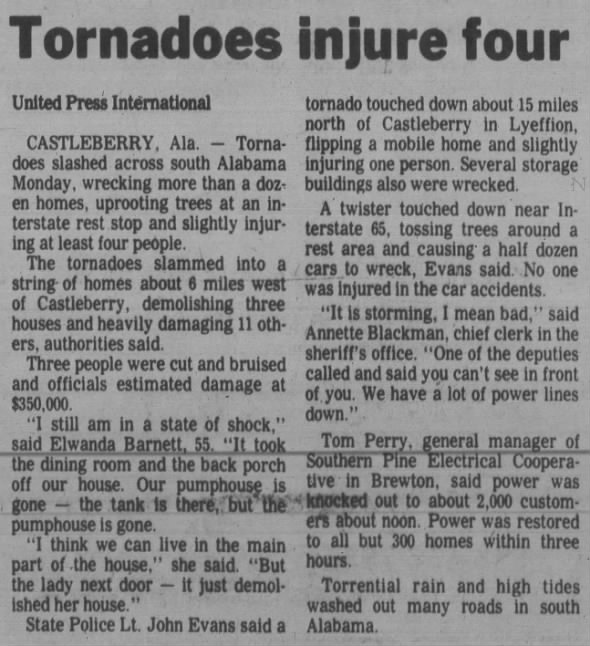