Ten tornadoes occurred across the Plains on February 10, 2009.  The most significant tornado of the day was rated EF4.  It tracked almost 37 miles with a max width of 880 yards.  This tornado is the strongest to hit in Oklahoma in February since records began in 1950.

The tornado began its track south of Spanish Fort in Montague County, TX.  It tracked 2.36 miles to the Red River.  Winds were estimated between 95-100 mph (EF1).  Most of the damage was to pecan trees up to 30 inches in diameter south of Spanish Fort.  Witnesses reported a multi-vortex tornado starting to organize into a larger tornado as it crossed the Red River into Oklahoma.

This tornado moved through parts of Jefferson, Love, and Carter Counties in Oklahoma.  Most of the damage early in the Oklahoma track was sporadic to some structures and trees.  Once the tornado reached Carter County, its width had grown to 880 yards. The twister produced EF4 damage in the Lone Grove area and the Majestic Hills area north of Ardmore.  Max winds were estimated between 166 to 200 mph.

In the Majestic Hills Neighborhood, at least eight homes and a small private school were destroyed.

In Carter County, a total of 114 homes were damaged/destroyed.  Debris was carried as far away as Sulphur (over 40 miles away from Lone Grove).

There were eight fatalities in the Lone Grove area.  Six occurred in mobile homes, one was in a well-built home that sustained EF4 damage, and one fatality occurred when a truck was hit by the tornado on I-55, killing the driver.

The SPC Database does not list injuries for this event.  This is an error that is also found in the Storm Data Narrative stats area.  There were 46 injuries.  This is included in the NCDC Database and the NWS Summary.

The NWS Norman summary of this event mentions the tornado crossed into far Southern Murray County, ending 5 miles SE of Dougherty.  This county is not included in the SPC or NCDC Database or Storm Data.

NOTE:  Rick Smith from the NWS Norman has noted these discrepancies and is working to correct the record.  He said the injury count of 46 is correct and that Murray County should not be included in the path.

Thanks for the summary! We dug into the discrepancies you listed and will be working to correct them. Not sure why the injuries didn't make it to the tabular section. We also confirmed that the tornado did not make it into Murray county. 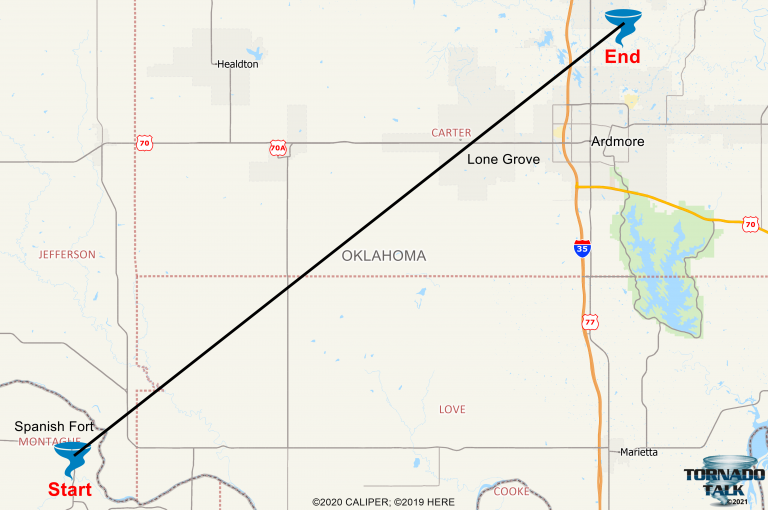 Photos via the NWS Norman Summary 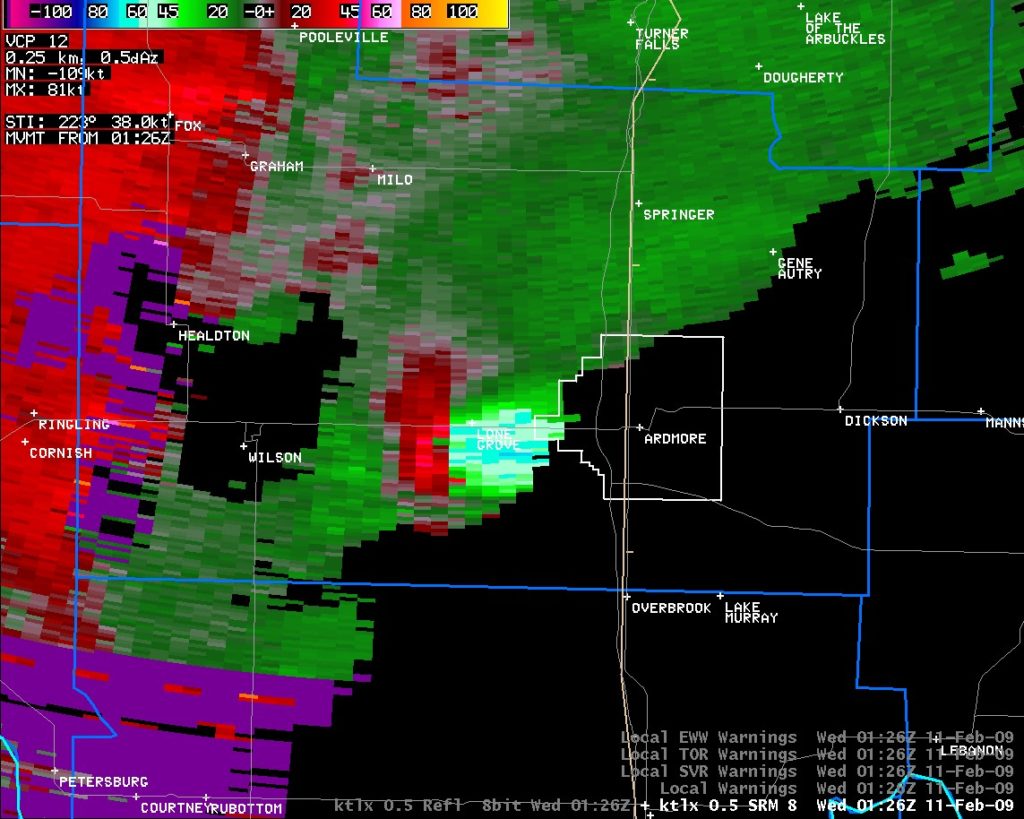 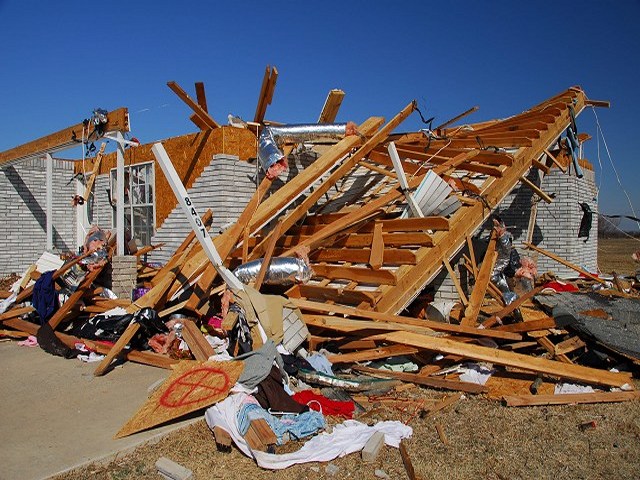 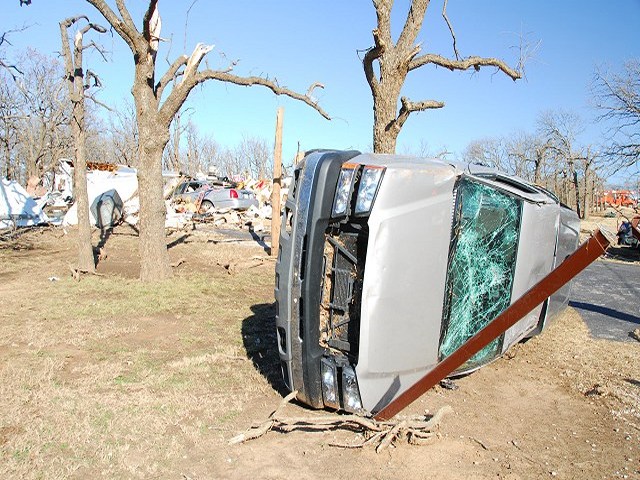 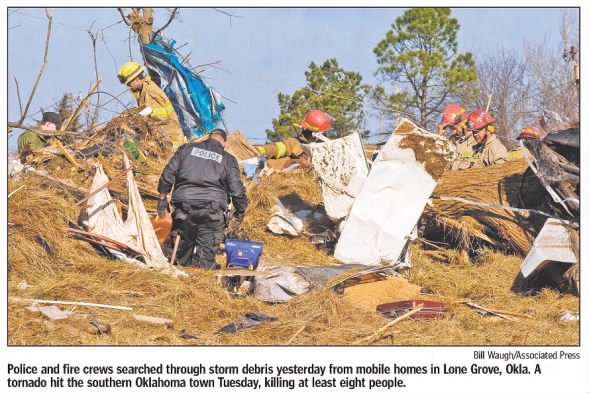 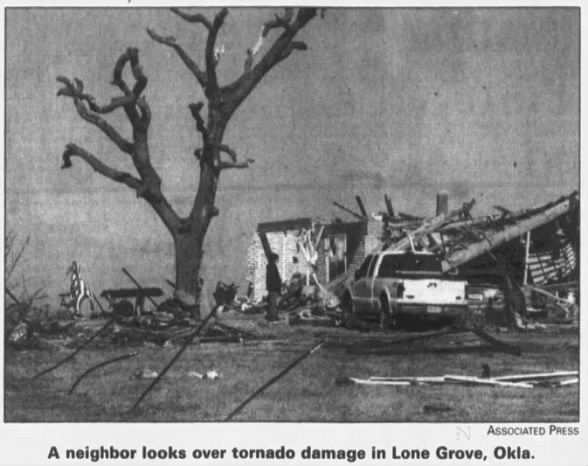 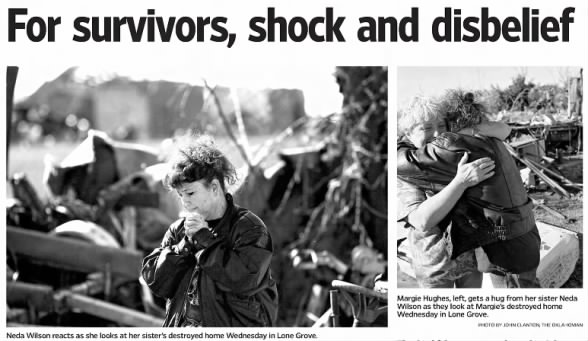 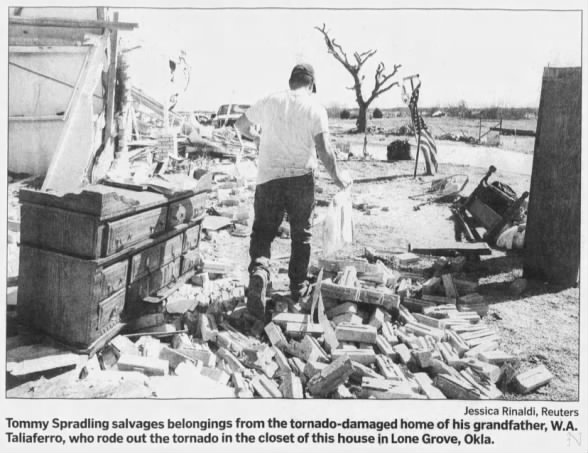 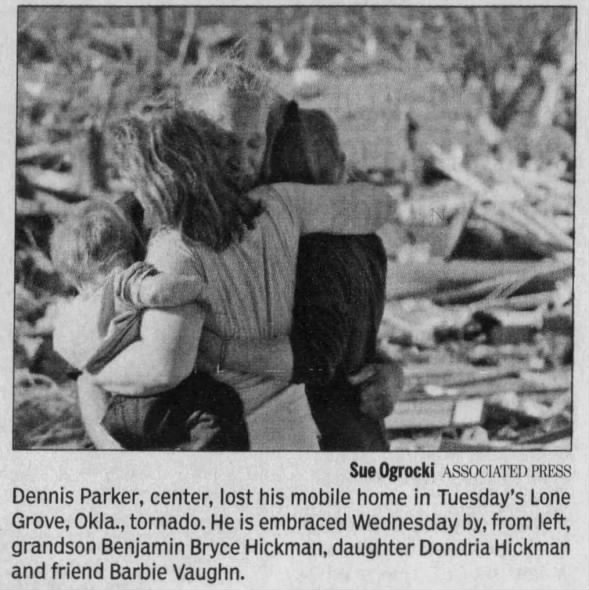 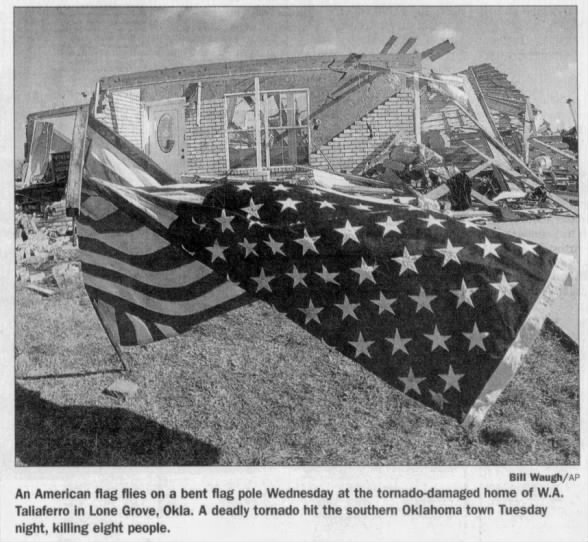 NewsOK Page On This Event