On January 4, 2007, two tornadoes struck parts of Louisiana.  They were both rated F1.  This summary looks at the tornado that pushed just over 15 miles through Iberia Parish.  It developed near Lydia causing minor damage to a few barns and trees.  It moved northward at approximately 50 mph and strengthened.  Max winds were estimated at 110 mph.

Between Lydia and New Iberia, three mobile homes were flipped and destroyed.  Seven people, including children, crawled out of the rubble with minor injuries.  Another mobile home was destroyed as the tornado crossed Highway 90.  Two of the occupants were killed and three others were injured. 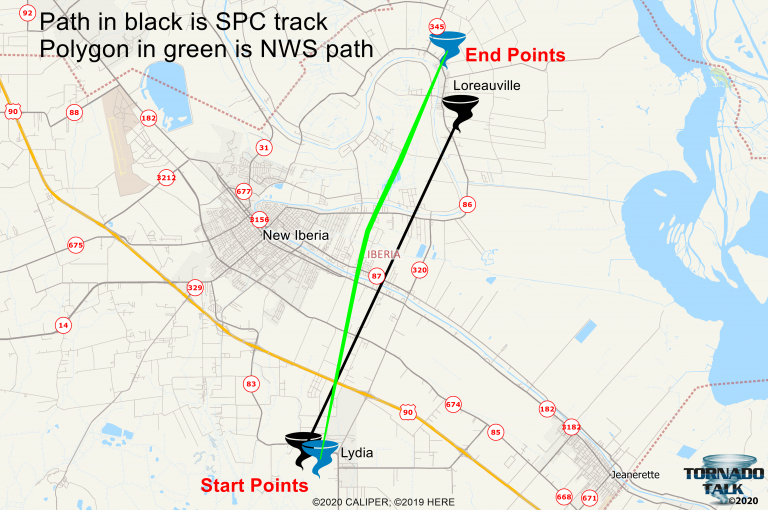 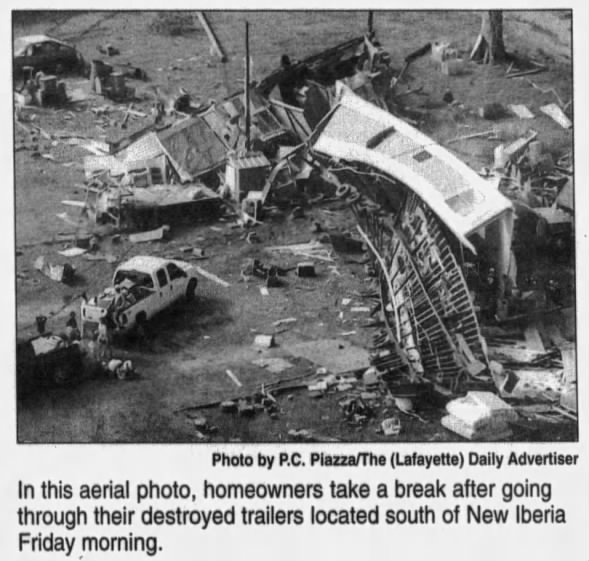 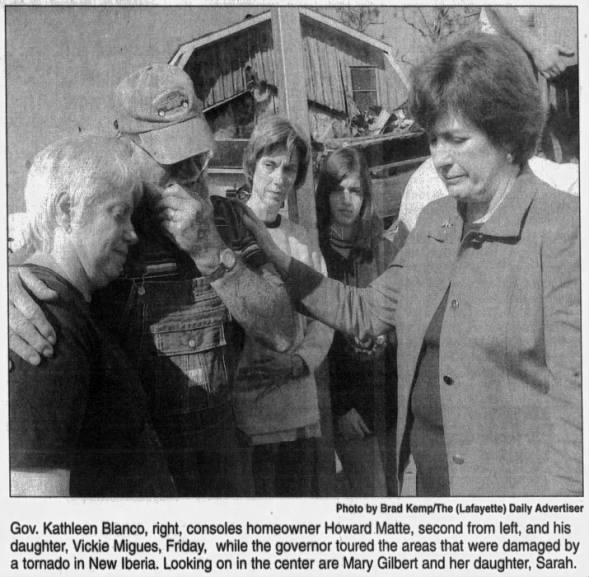 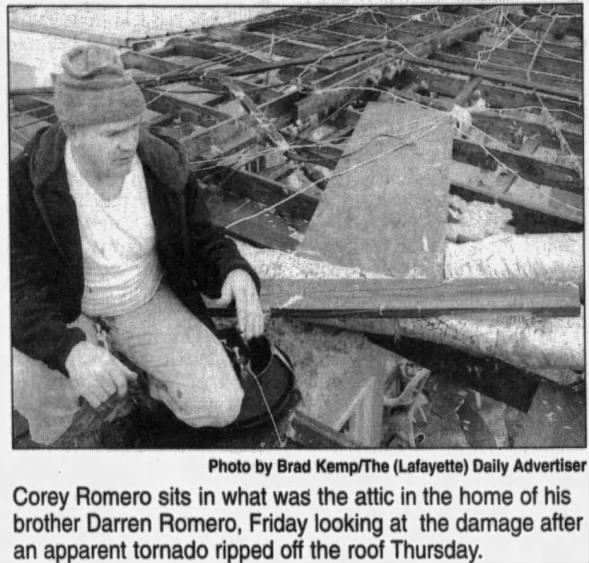