On this day in 1971, an F4 tornado tracked through Bowie County, TX. A 2.5 mile-long strip of homes were destroyed in Malta. One person was killed and five were injured. Read our full summary here! 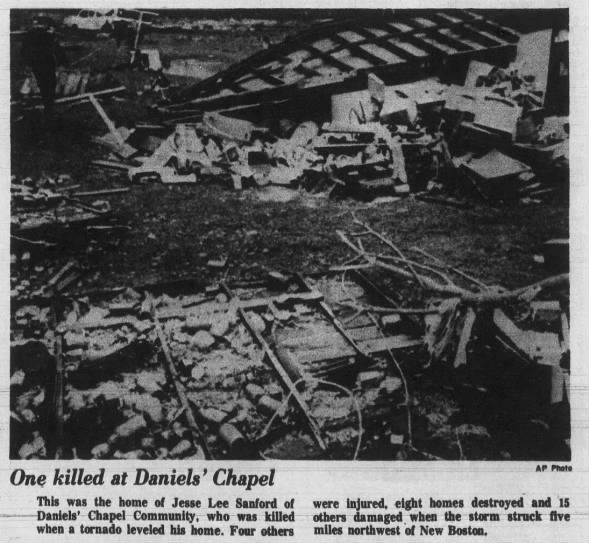 March 12, 1920: An F2 tornado moved near Percy and Hollandale, MS. Around 30 tenant homes were struck on 6 plantations. Five were killed in those homes. A total of 30 injuries.

On March 12, 2019, an EF2 tornado hit Dexter, NM. A dozen buildings were damaged, and six others were destroyed. Six people were injured.  Source.

On this day in 1896: The 1st movie in Netherlands (Kalverstr 220). Get more daily history at onthisday.com!

On This day in 1975: ABBA recorded ‘Mamma Mia’ at Metronome Studio in Stockholm, Sweden. It was the last track recorded for their self-titled third album and was never intended for release as a single. ABBA’s Australian record company, RCA, asked that ‘Mamma Mia’ be released as a single but Polar Music at first refused. The song went on to become a No.1 hit around the world.  Get into the groove with more music trivia at thisdayinmusic.com!