Four tornadoes were reported in the state of Florida on March 17, 1985. The strongest occurred early in the AM. It was given a rating of F3 and traveled a short path of 3 miles through parts of Sarasota County. The tornado developed 2 miles SW of Venice and moved to 3 miles SE of town. Read the full summary here! 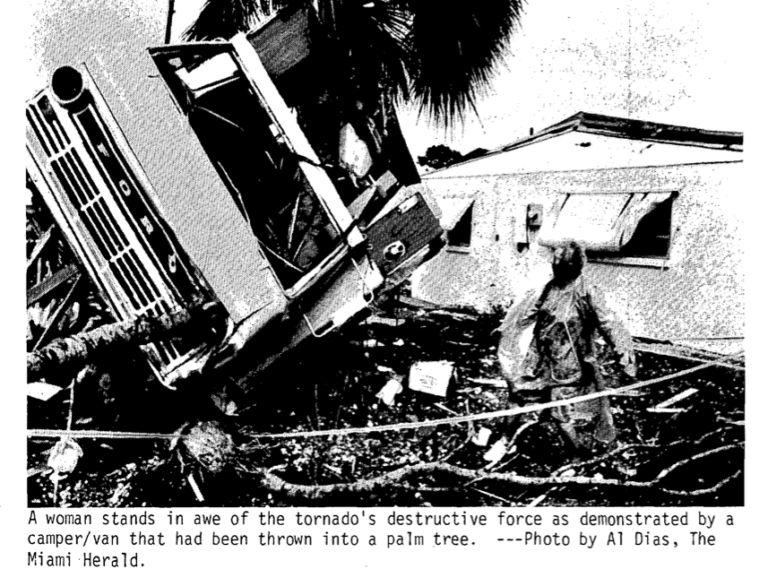 March 17, 1927: An F3 tornado moved from the south of Slocomb, AR to west of Benton. Twelve people were killed all “in a swath cut from the county border to 3m W of Benton. Seven died in one home.” A total of fourteen homes were demolished. Approximately 3 million board feet of timber were blown down. 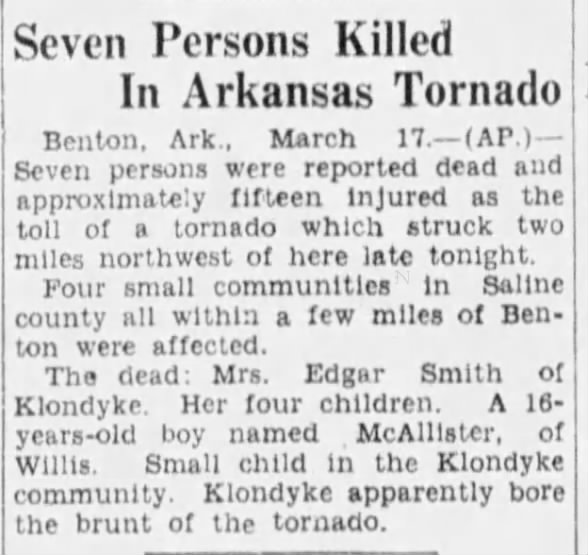 On March 17, 2021, an EF2 tornado moved through parts of Chilton County, AL, near Pools Crossroads. Several homes and mobile homes were damaged or destroyed. Source.

On this day in 1905, Albert Einstein finishes his scientific paper detailing his Quantum Theory of Light, one of the foundations of modern physics. Check out more historical events at onthisday.com!

On this day in 1972, Mia Hamm, American football (soccer) player who became the first international star of the women’s game, was born in Selma, Alabama. Source:  Britannica.

On this day in 2017, Live-action remake “Beauty and the Beast” directed by Bill Condon and starring Emma Watson opens! Get more daily history at onthisday.com!

On this day in 1957, Elvis Presley bought the Graceland mansion from Mrs Ruth Brown-Moore for $102,500. (£60,295). The 23 room, 10,000 square foot home, on 13.8 acres of land, would be expanded to 17,552 square feet of living space before Elvis moved in a few weeks later. The original building had at one time been a place of worship, used by the Graceland Christian Church and was named after the builder’s daughter, Grace Toof. Get into the groove with more music trivia at thisdayinmusic.com!