March 18, 1927: An F4 tornado crossed 35 miles through Carroll and Boone Counties in Arkansas. 24 were killed and 110 injured. “The funnel was up to a mile wide, and destroyed the entire south half of Green Forest.” Several members of entire families were killed. At least 10 homes were swept away. 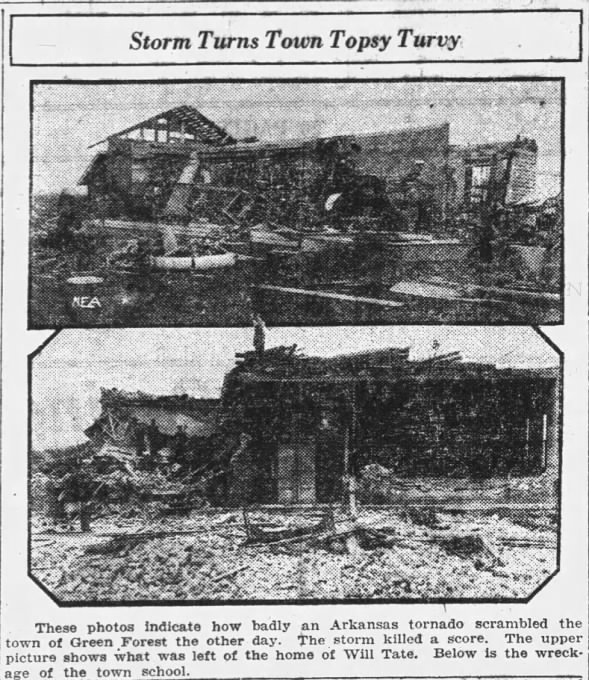 On this day in 2012, a brief but strong tornado touched down 4.5 miles west of North Platte, NE. It was rated EF3. Two homes were destroyed along the 1.71-mile path, and railroad cars were blown over. Two people were injured. Source.

On this day in 1990, a severe hailstorm struck Sidney, Australia. Hailstones as large as 3″ in diameter fell, there was $319 Million in damage. Source.

On this day in 1959, US President Dwight D. Eisenhower signs Hawaii statehood bill. Check out more historical events at onthisday.com!

On this day in 1970, Queen Latifah, American musician and actress whose success in the late 1980s launched a wave of female rappers and helped redefine the traditionally male genre, was born in Newark, New Jersey. Source:  Britannica.

On this day in 1994, Zsa Zsa Gabor files for bankruptcy! Get more daily history at onthisday.com!

On this day in 2001, American singer, guitarist, and songwriter John Phillips of Mamas and The Papas died of heart failure aged 65. His first band, The Journeymen, were a folk trio, Mamas and The Papas had the US No.1 ‘Monday, Monday’. Phillips was married to Michelle Gilliam, they had one child together, Chynna Phillips, vocalist of the 1990s pop trio Wilson Phillips. His second solo album was released on Rolling Stones records and featured Mick Jagger, Keith Richards, Mick Taylor and Ronnie Wood. Get into the groove with more music trivia at thisdayinmusic.com!