This tornado (later rated F2) skipped its way approximately 50 miles through parts of Mason, Tazewell and McLean Counties in Illinois.

The Climatological Data National Summary (CDNS) entry for this event is very limited on detail on the damage and this tornado is not included in Significant Tornadoes by Thomas Grazulis, so damage reports came from area newspapers.

CDNS states the tornado “did not extend to the surface” for most of its path and spent most of its time over open farmland.  There was some sporadic damage though.

An article from The Pantagraph (Bloomington, IL) from November 14, 1951 breaks down some of the areas that were affected by the tornado. I found the following communities listed in the article that were also close to the official track: Mason City, Hopedale, Minier, Danvers, and Hudson.  Lake Bloomington was also mentioned as having damage. It is located north of the ending point given by SPC. I am including those damage details. 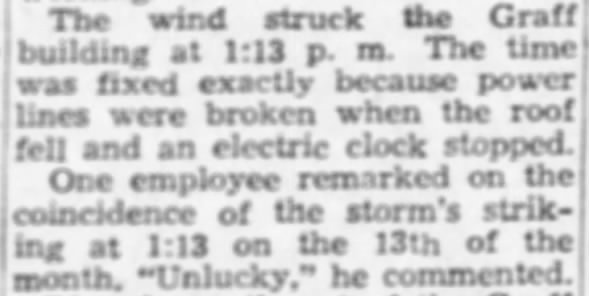 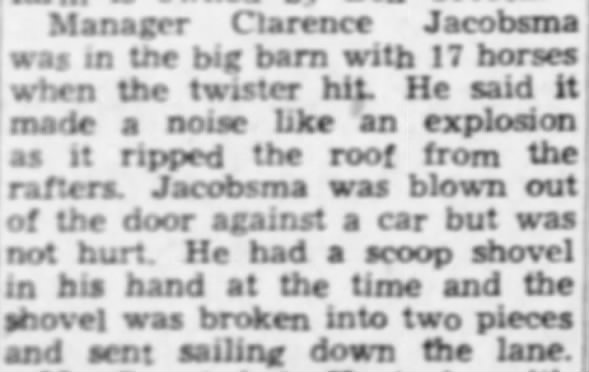 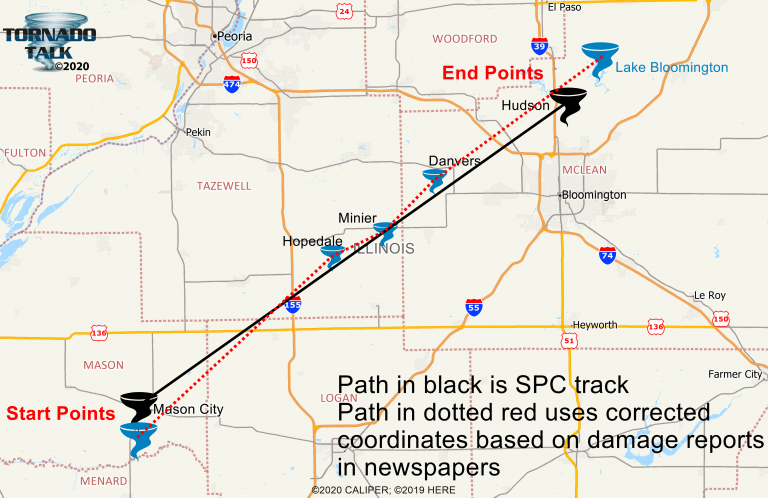 Corrected Coordinates based on damage reports in Newspapers:

The official SPC coordinates draw a path from just SW of Mason City to near Hudson.  When you look at the map above, the path does clip Logan County.  Based on damage reports that are listed in the summary, the path would have to pass through Logan County.   Note: The length of corrected path is 55 miles – longer than the official path length of 47.4 miles. 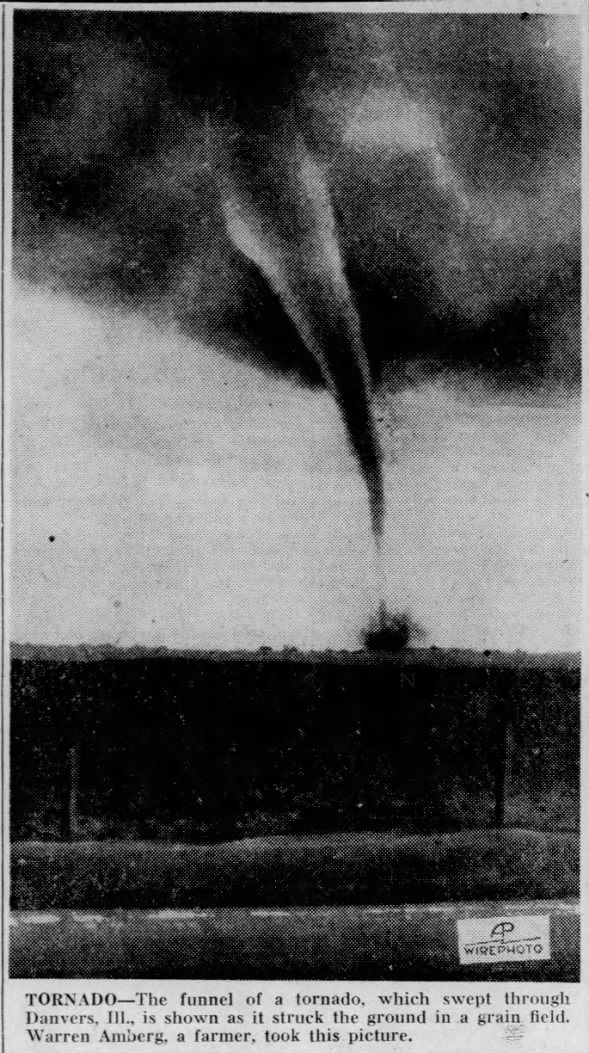 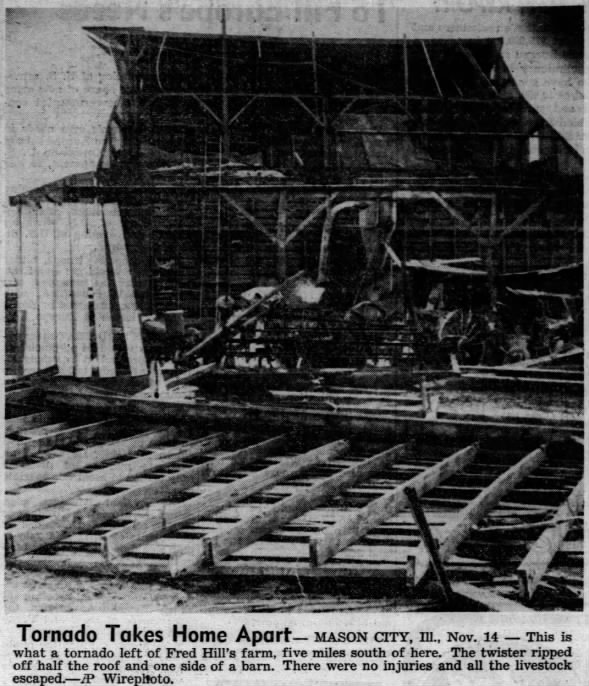 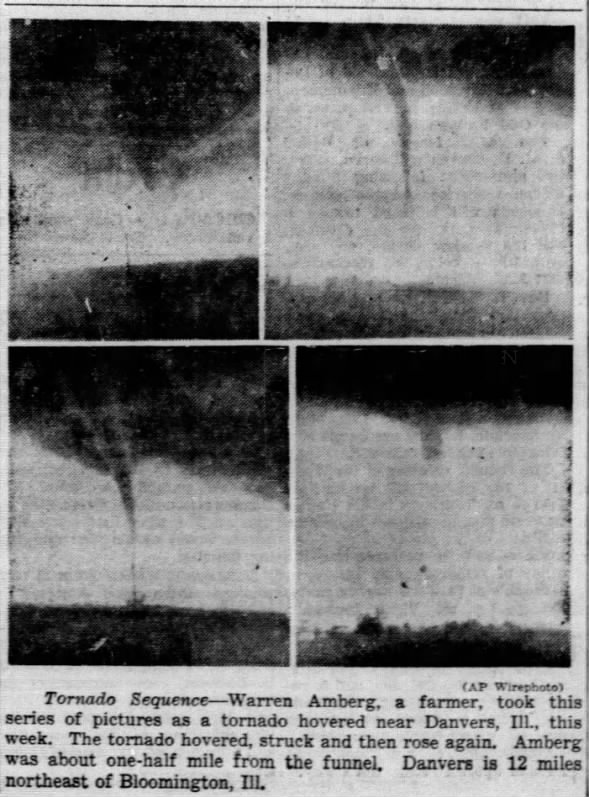 We gathered information for this event from the SPC & NCDC Databases and the November 1951 Climatological Data National Summary (CDNS) and found the following differences: