Per the Storm Prediction Center, 13 tornadoes occurred on May 12, 1956. 10 of the 13 were in the state of Michigan. There were two later rated F4. One in Wayne County and the second, in Genesee County and the Flint area, the subject of this summary. Three people were killed and 116 others were injured. Read the full summary here! 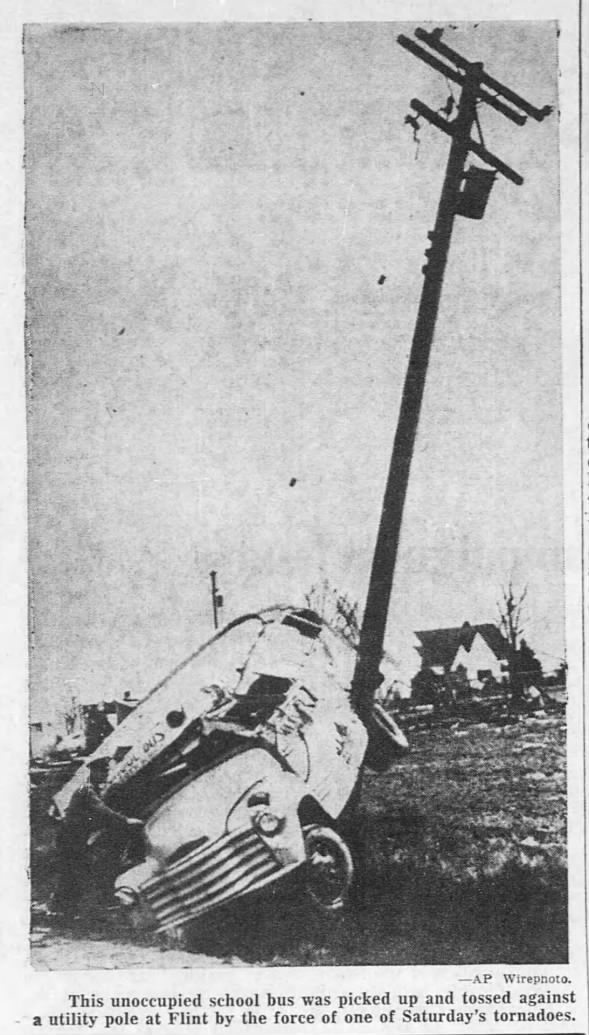 May 12, 1942: An estimated F4 tornado traveled from the southeast corner of Holt County, NE, passing near Ewing, west of Orchard and to the southwest corner of Knox County. “A family of five was killed as they ran to their storm cave 6m S of Ewing.” Another person died at Venus. 10 were injured.

On this day in 2004, a brief but extremely violent tornado struck near Harper, KS. The F4 tornado had a path length of only one mile. It produced near-F5 damage as a large farmhouse simply vanished, several vehicles were shredded, trees were completely debarked, and the ground was scoured. One person was injured in the basement of the farmhouse that vanished when debris, including two debarked trees, was thrown into it. Source.

On this day in 2002: Former US President Jimmy Carter arrives in Cuba for a five-day visit with Fidel Castro becoming first President of the United States, in or out of office, to visit the island since Castro’s 1959 revolution.. Check out more historical events at onthisday.com!

Tony Hawk was born May 12, 1968, in San Diego, California. He is professional skateboarder who—through his technical innovations, successful equipment and apparel companies, and tireless promotional work—helped the sport of skateboarding enter the mainstream at the end of the 20th century. Source:  Britannica.

On this day in 2004: Barry and Robin Gibb from The Bee Gees were both presented with honorary degrees from Manchester University. They also picked up a posthumous award for their brother Barry. The brothers had once lived in Manchester, England. Get into the groove with more music trivia at thisdayinmusic.com!