It was called the most damaging Minnesota tornado to date, but Thomas Grazulis in Significant Tornadoes questions that statement.  He believes this was a “complex combination of tornadoes and microbursts” and that much of the damage was due to the strong microbursts.

It is in the record books as an F3 tornado.  There was no width listed in the Climatological Data National Summary (CDNS) and the 10 yard width in the SPC Database doesn’t seem to be correct so it is unknown how wide this tornado was. Per CDNS, there was a damage track from Lake Minnetonka through the southern parts of Minneapolis over to Wold-Chamberlain Airport.  When you plot the SPC coordinates, it ends just west of the airport. It should be extended further east.

In his book, Thomas Grazulis also questions the death toll.  Officially the SPC Database and the CDNS summary list 5 fatalities related to the tornado. Grazulis states that 2 of those deaths were not tornado-related.  And he further writes, “in fact, all five deaths may not have been directly caused by the tornado.”

There was tremendous damage.  At the airport, 63 airplanes were destroyed. Several homes were severely damaged and hundreds of trees blown down on roofs and cars.

Found an article in the Minneapolis Star about a baby found in a potato field! Two houses were thrown in the field and demolished.  “No two boards remained together”….It happened near 63rd street and 4th avenue south in Richfield.  One of the new homes was owned by Karl Herbst.  As neighbors were searching for members fo the family they heard a cry in a nearby potato field and they found 2-year-old Charles Herbst lying on the ground. “His face was black and they feared he had died.”  But the baby cried and he was taken to the hospital.  He parents were found crawling from the field as well! 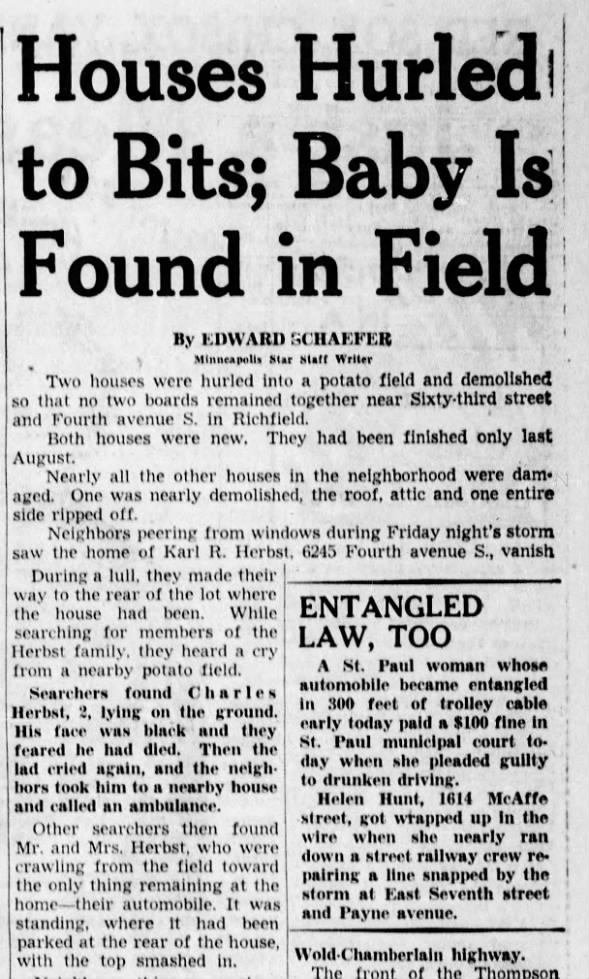 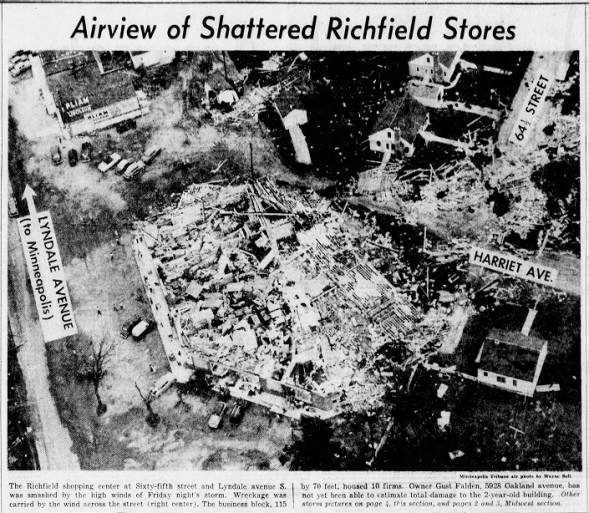 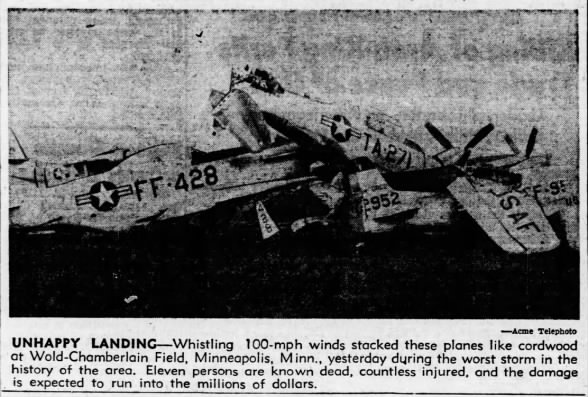 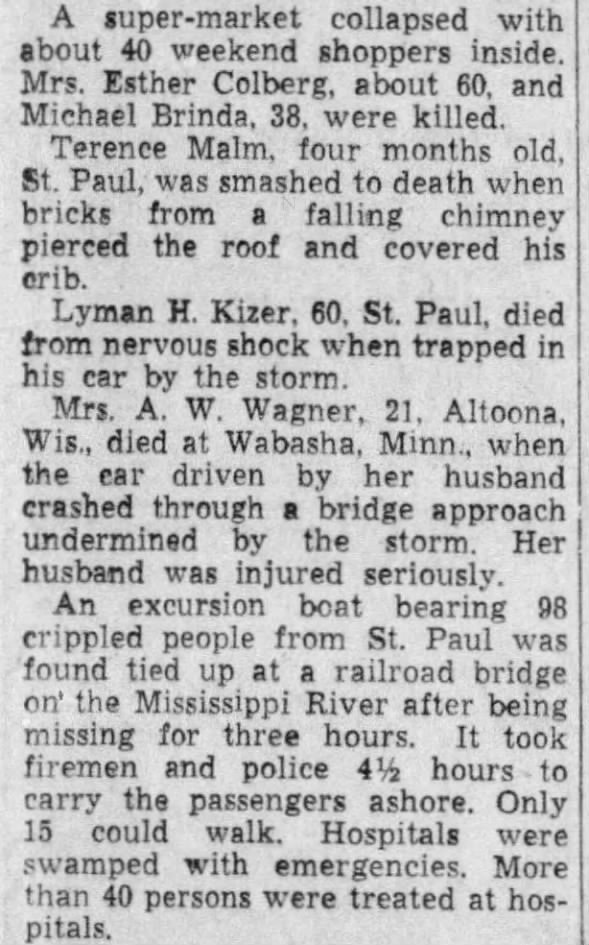 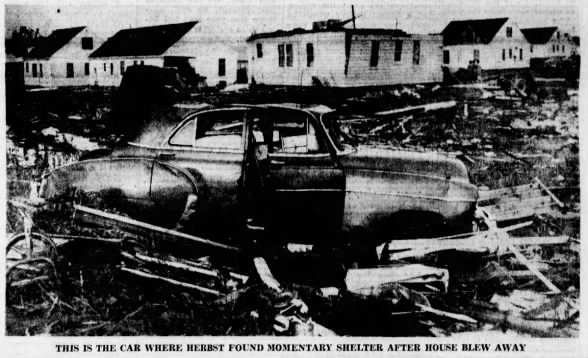 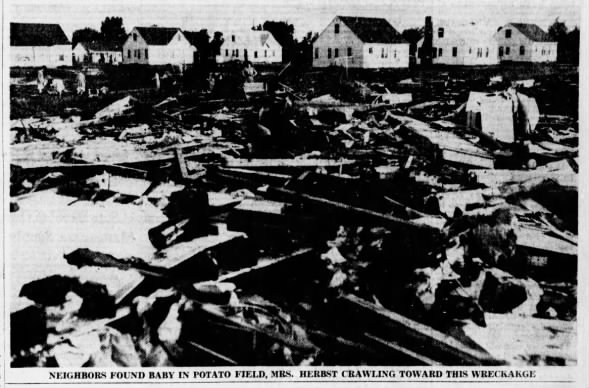 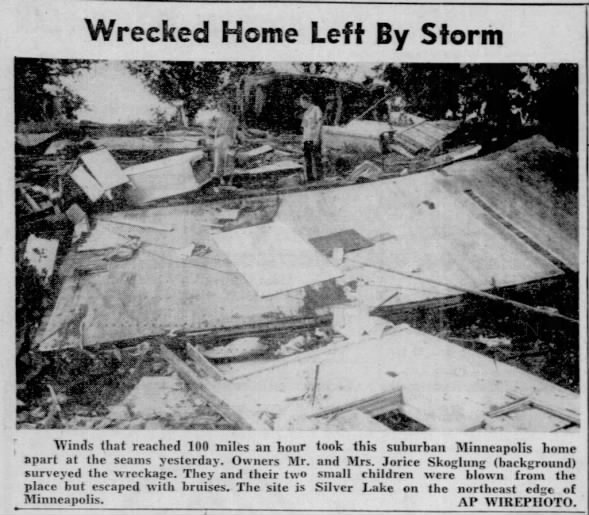 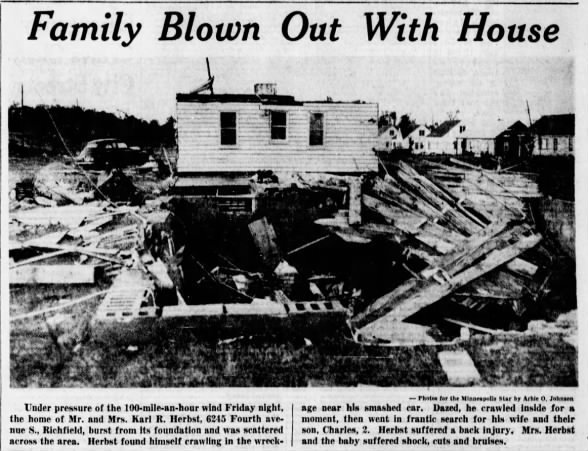 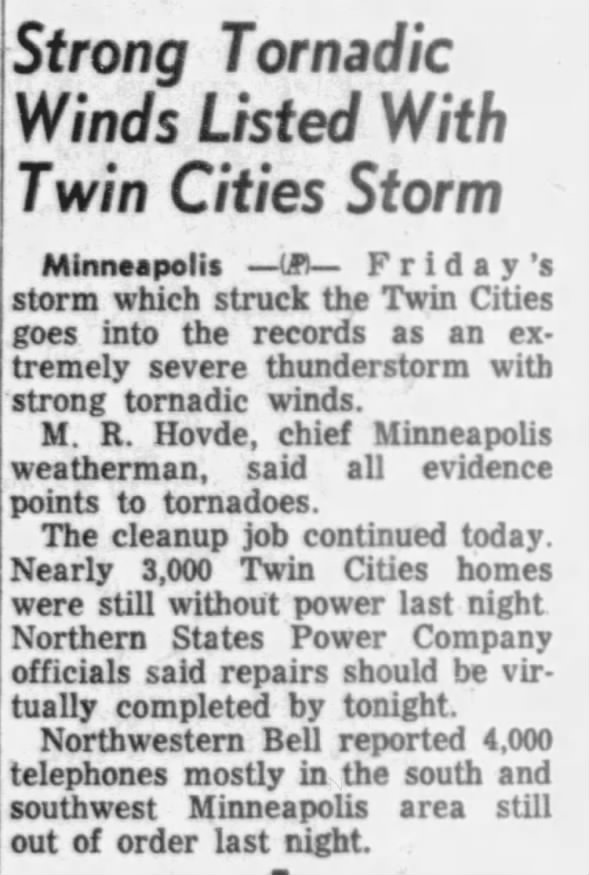 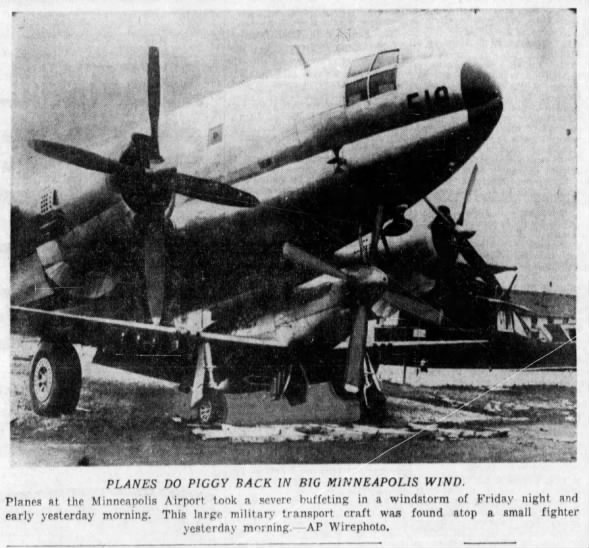 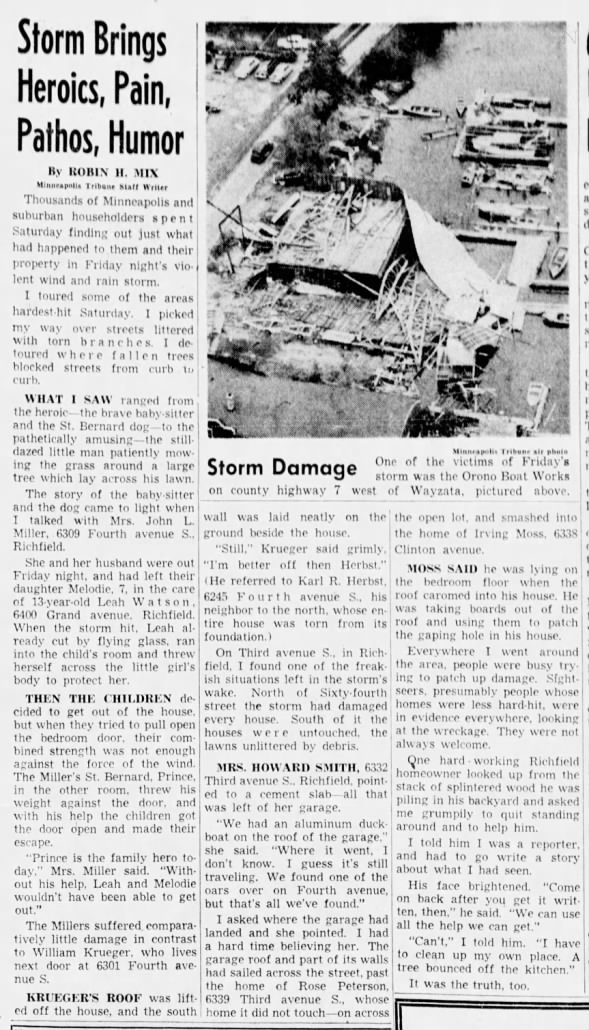 We gathered information for this event from the SPC & NCDC Databases, the July 1951 Climatological Data National Summary (CDNS) and Thomas Grazulis in Significant Tornadoes and found the following differences: