16 tornadoes were confirmed across parts of the Mid-Atlantic and Northeast on October 18, 1990.  One of the strongest was an F3 that quickly hit in Somerset County, NJ in Montgomery Township.  Per the Storm Data entry, the tornado developed along a squall line.  The path was estimated at only 1/2 mile. Three homes were flattened on DeHart Drive.  21 others were damaged. There were 8 injuries and no fatalities.

Per an article in The Courier-News in Bridgewater, NJ, some of the worst damage from this Thursday, October 18, 1990 tornado was at at the Byron house on DeHart Drive.  11-year-old Sara Byron was alone in the home when the twister struck. “She was on the first floor, watching television, when wind battered the house, picked her up and blew her onto the front yard.” A Red Cross worker stayed with Sara as she went to the hospital. The worker said the little girl was brave and held onto the stuffed puppy the rescue workers have in their truck.  According to the article, Sara received 150 stitches in her head, back, arms and legs. She also had glass embedded in parts of her body. After fixing her up, the doctors told her she would heal and could return to school on Monday. 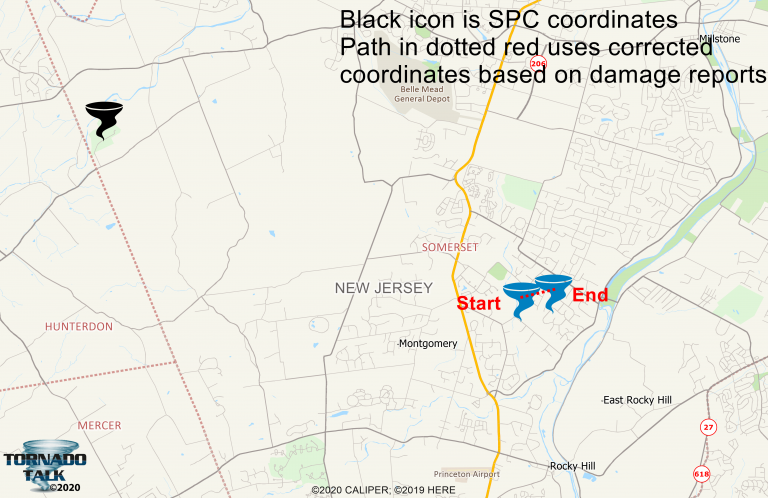 Corrected Coordinates based on damage reports. Newspapers reported which roads were affected. 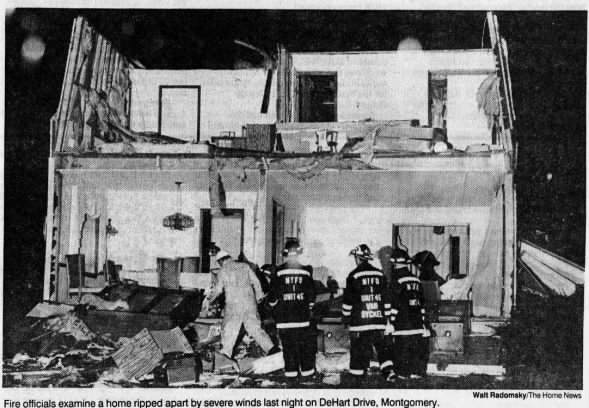 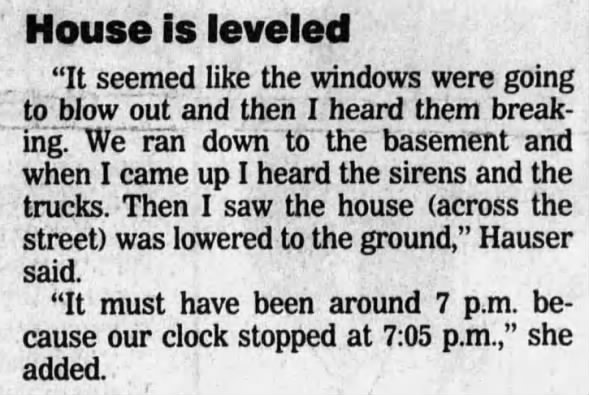 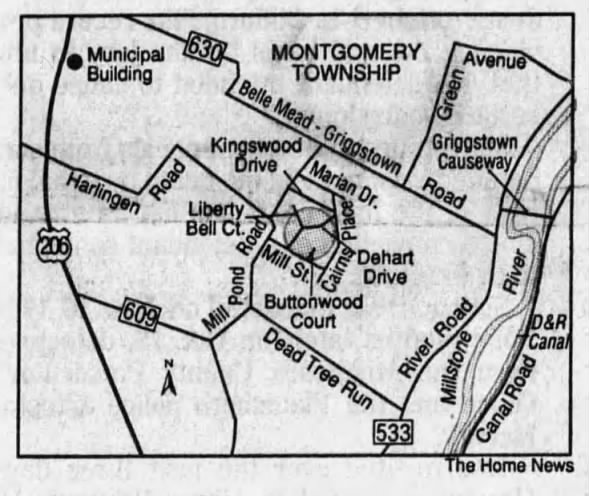 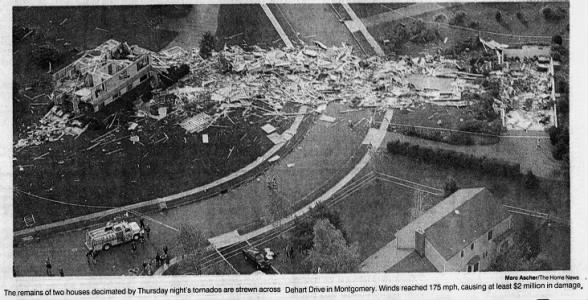 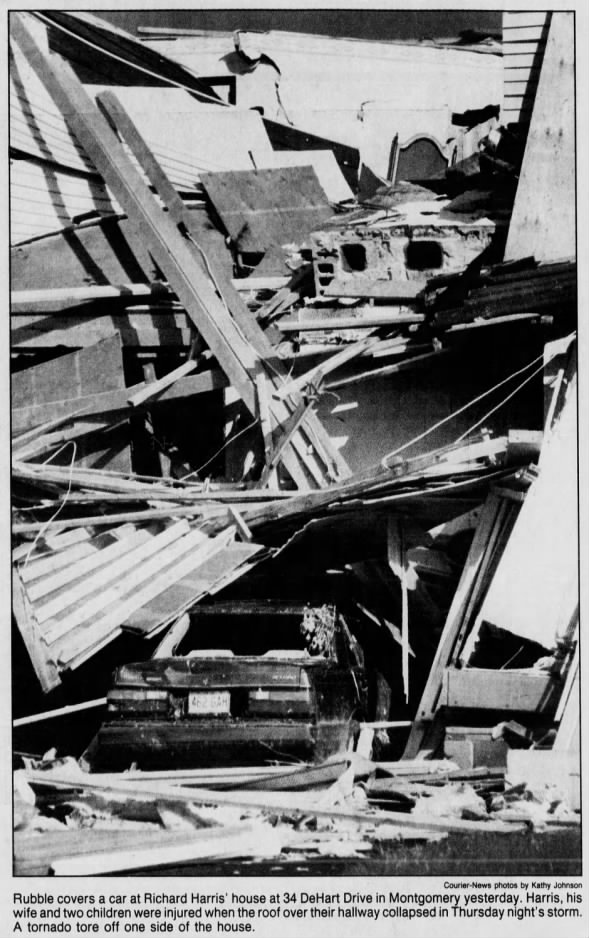 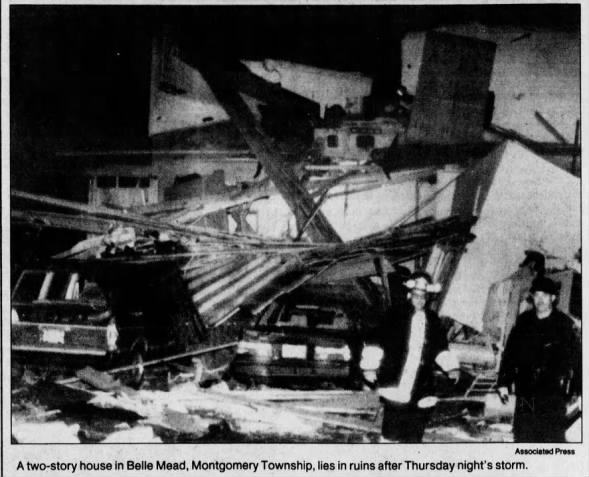 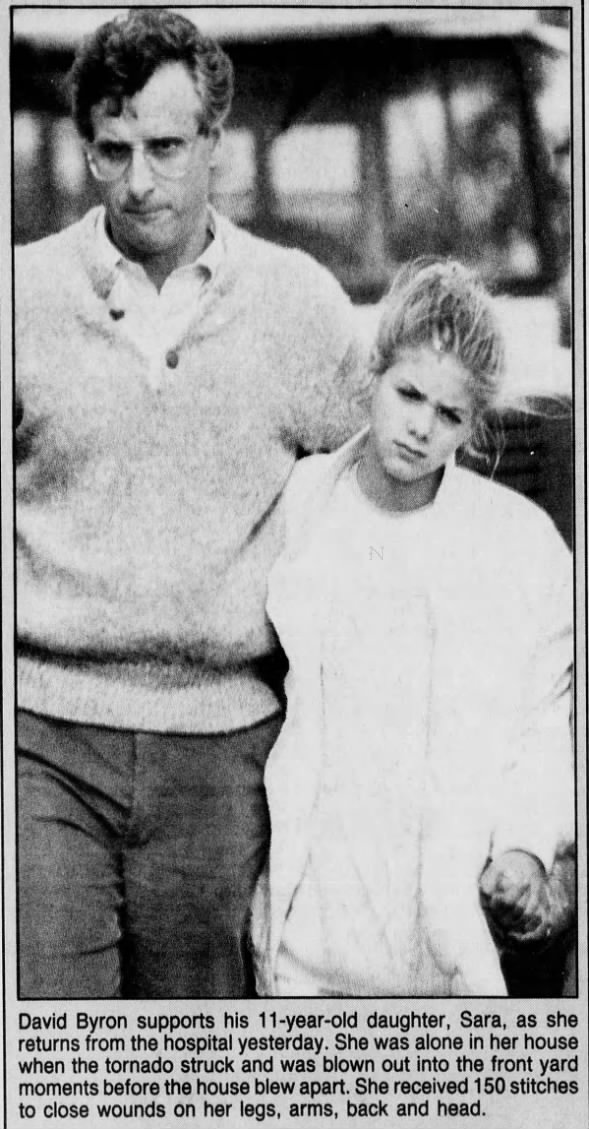 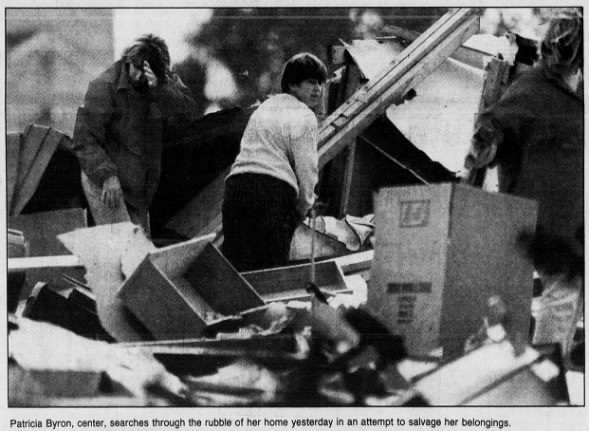 We gathered information for this event from the SPC & NCDC Databases, the October 1990 Storm Data Publication and Thomas Grazulis in Significant Tornadoes and found the following differences: