A large tornado outbreak occurred on November 23 and 24, 2001. A total of 66 tornadoes were confirmed across eight states. 34 tornadoes occurred in the state of Alabama. We look at one of those in this summary.  It was an F4 that moved 10.1 miles through parts of Blount and Etowah Counties. There were no fatalities and 22 injuries.

The tornado crossed SR 132, ascended a steep hill and ended.  The National Weather Service noted that debris was scattered several miles beyond the end of the tornado track. 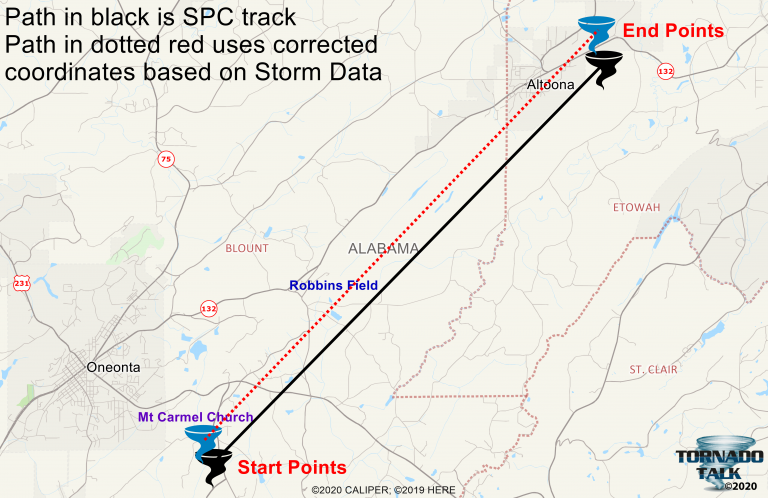 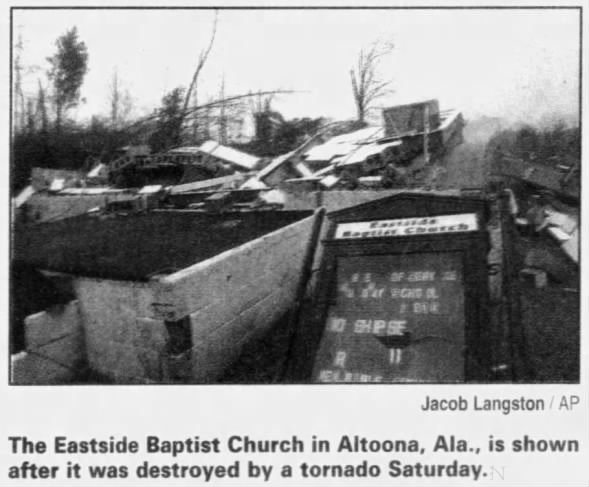 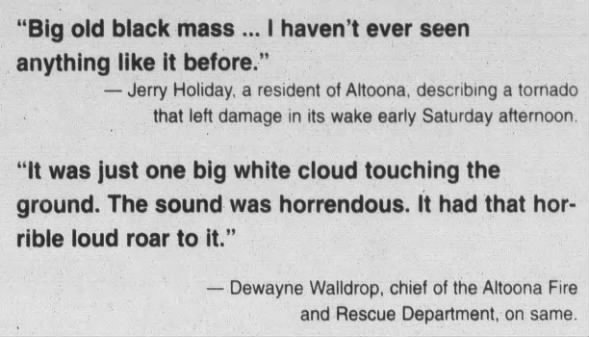 NWS Birmingham Summary of the Event