A total of 25 tornadoes occurred on December 17, 1957, all in Illinois or Missouri.  Two were later rated F4 and one was given an F5 rating. In this summary, we look at an F4 that traveled close to 30 miles through parts of Jackson, Williamson and Franklin Counties in Illinois. Per Thomas Grazulis in Significant Tornadoes, the path followed closely to a section of the great Tri-State Tornado of March 18, 1925. He also notes that the point of origin may have been in Missouri.

Forty homes were destroyed in Gorham. Intense damage occurred at Murphysboro. 40 homes destroyed and 10 were killed. The deaths occurred in an older portion of town. There was another fatality in the Sand Ridge area. Estimated path speed at 60 mph. Murphysboro was without power for close to 3 days.

Tragically, four members of a family were killed. The Southern Illinoisan from December 19, 1957 interviewed George Butcher.  He lost his wife and three children when their home was hit. A daughter was seriously hurt and another son was not injured. Here is the article and a picture which epitomizes what loss looks like. Here are the names nine of the 10 who perished in this event: 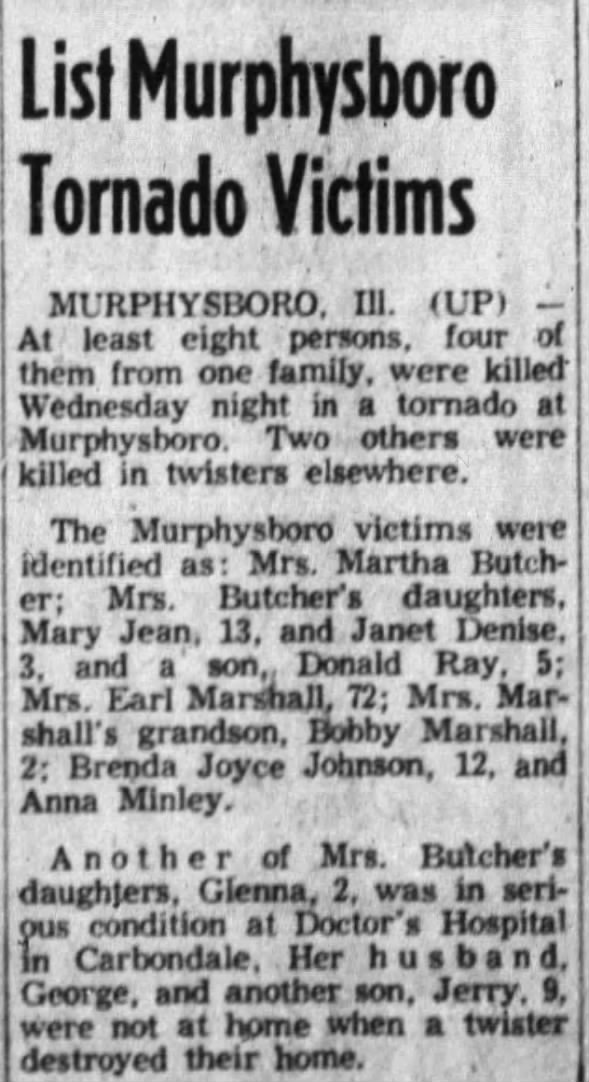 Two-year-old Wendy Johnson died a few days after the tornado: 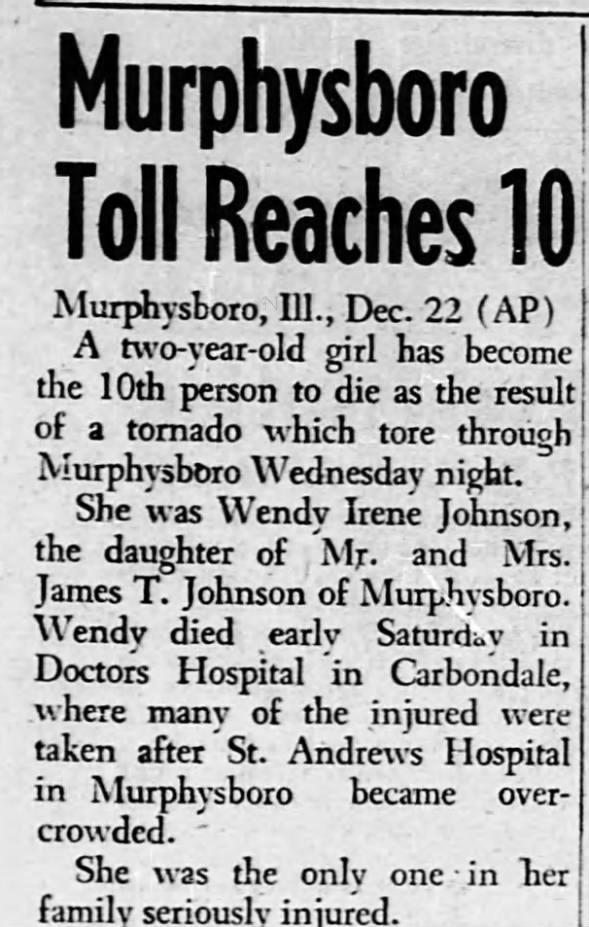 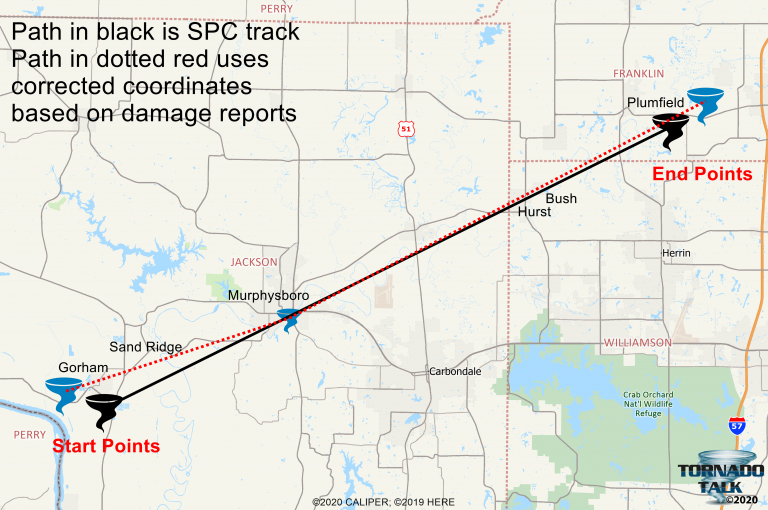 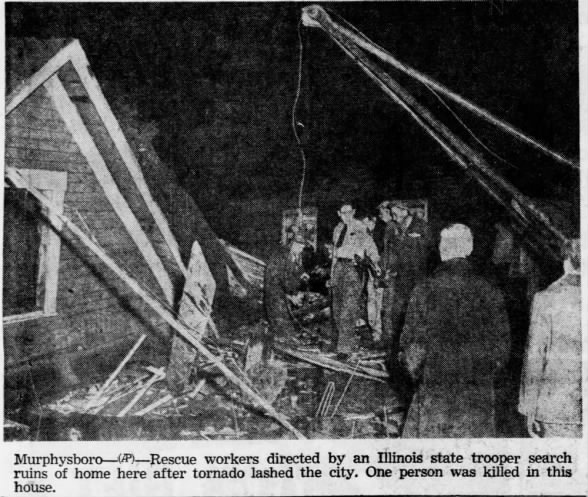 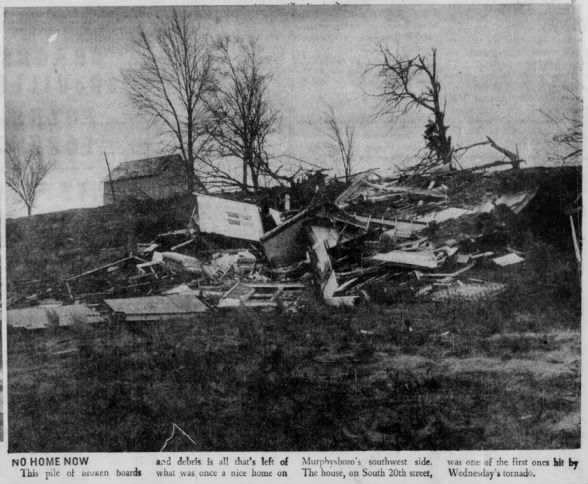 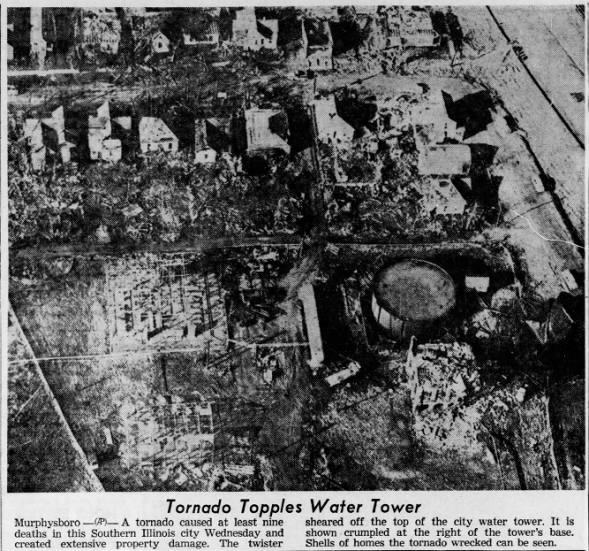 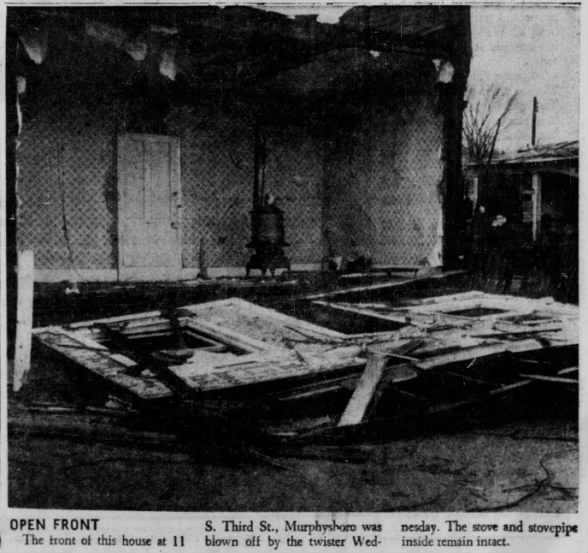 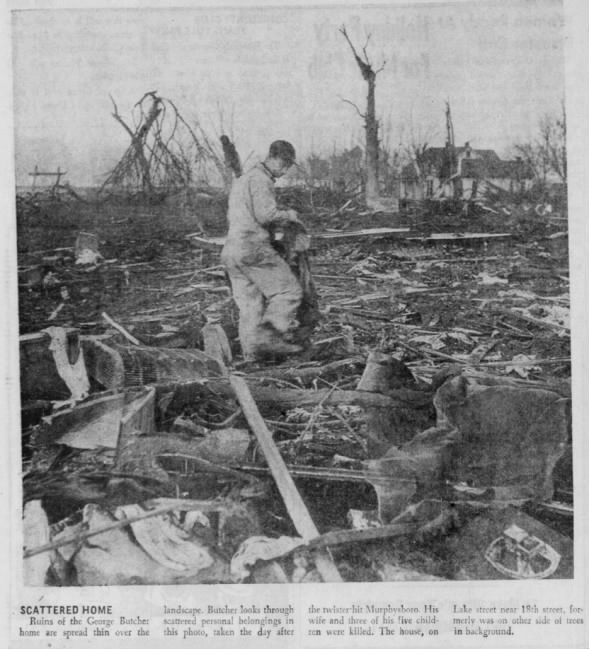 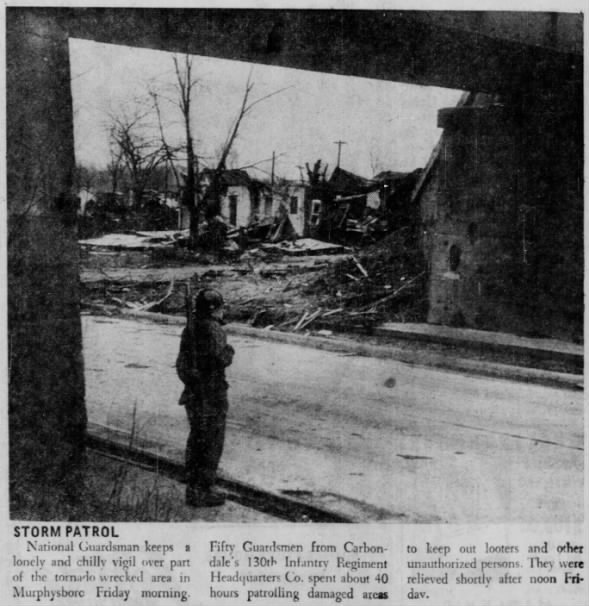 We gathered information for this event from the SPC & NCDC Databases, the December 1957 Climatological Data National Summary (CDNS) and Thomas Grazulis in Significant Tornadoes and found the following differences: