A tornado made a trek through parts of Myrtle Beach, SC on July 6, 2001.  It began near the Myrtle Beach Pavilion at 9th Ave N and moved just offshore becoming a waterspout.  It skirted the beach causing F2 damage, overturning buses and causing damage to hotels along the beach.

After moving down the beachfront, the tornado skipped over and hit the Seagate RV park.  10 RVs destroyed, 40 more damaged.  There was also weaker F0 damage at the Myrtle Beach International Airport.  There were 39 injuries and no fatalities.

As a weak cold front moved south into an afternoon sea breeze boundary, slow-moving thunderstorms developed along the Horry county coast.  An F0 tornado briefly touched down at 9th Ave N near the Myrtle Beach Pavilion, and soon after a waterspout formed just off the beach near 3rd Ave N.  It slightly damaged the 2nd Ave N pier and then moved over the beach as it developed more strongly, causing F2 damage – overturned buses and extensive damage to vehicles and hotels along the beach to about 4nd Ave S.  Moving off the beach again, the waterspout continued south about 100 yards from the shore until it came ashore between 28th Ave S and Springmaid Pier…causing a 66 knot gust over water at the Springmaid Pier anemometer.  As it moved through the Seagate RV park, it did F1 damage – destroyed 10 RVs and damaged 40 more.  Weakening further, the tornado crossed US Hwy Business 17 onto Myrtle Beach International Airport, doing F0 damage to trees and structures. 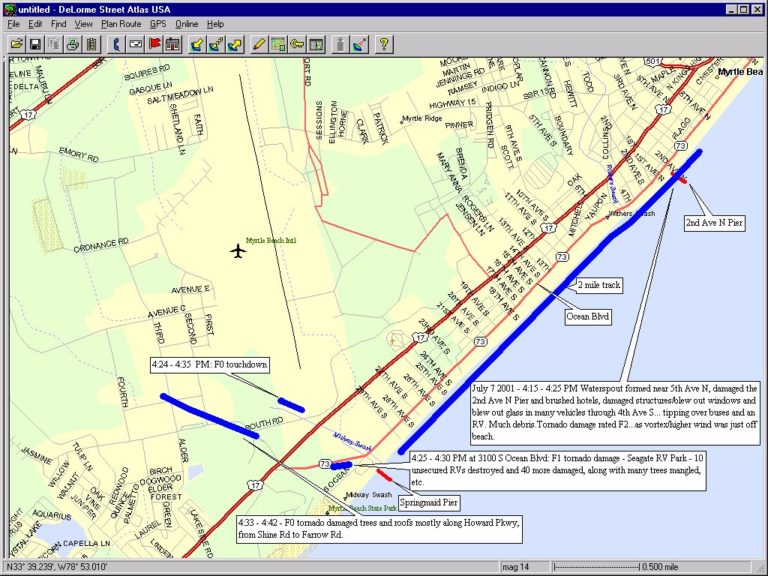 The coordinates provided by the SPC Database weren’t correct.  The beginning and ending lat/lon were the same (33.7/-78.88).  It was a 4 mile path.  I found some track maps via NWS Wilmington NC and attaching those instead.  The map shows 4 separate damage paths.  The main tornado took a path down the beachfront.  There were 3 smaller “touchdowns”.  It is unclear if this was from the same tornado or separate ones.  The damage from all 4 paths is mentioned in one Storm Data entry, so the assumption could be made they were all from the same skipping tornado.

Incredible video of the July 6th, 2001 Myrtle Beach tornado. With winds estimated as high as 150 mph (F2) and moving northeast to southwest, it ripped through the Grand Stand injuring 36 people. Remarkably no one was killed. #scwx pic.twitter.com/DugnZKb3a2 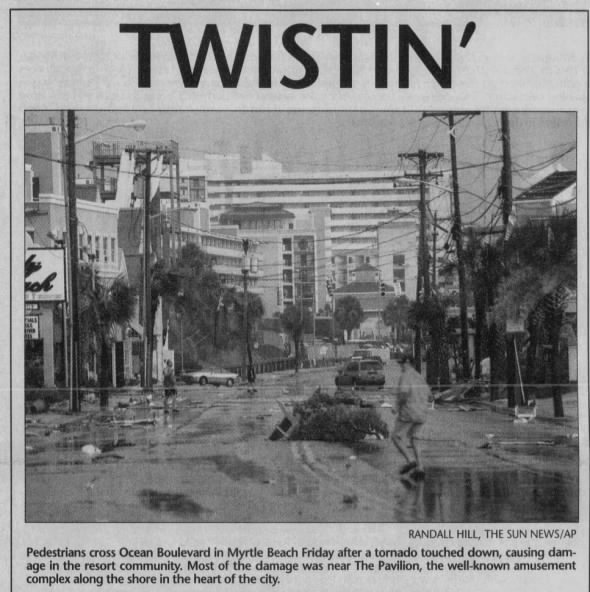 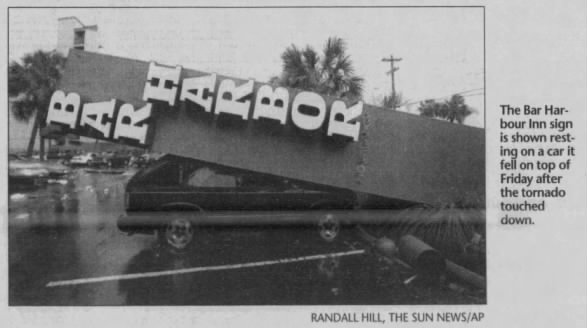 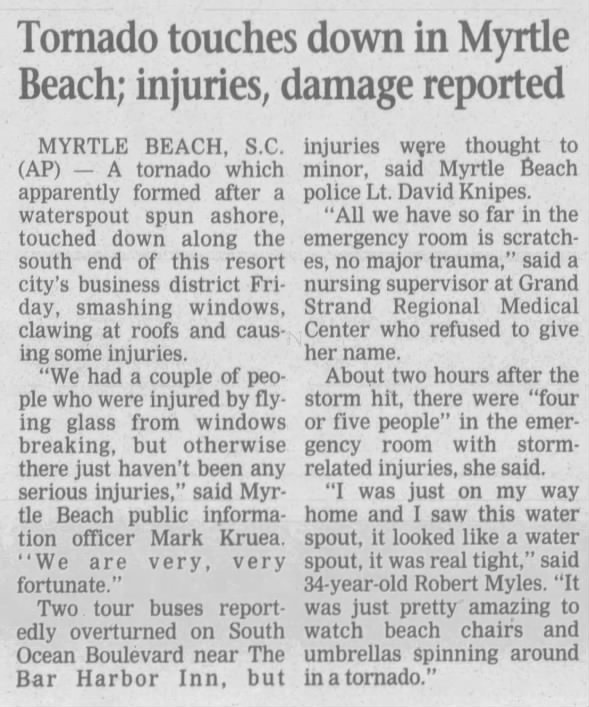 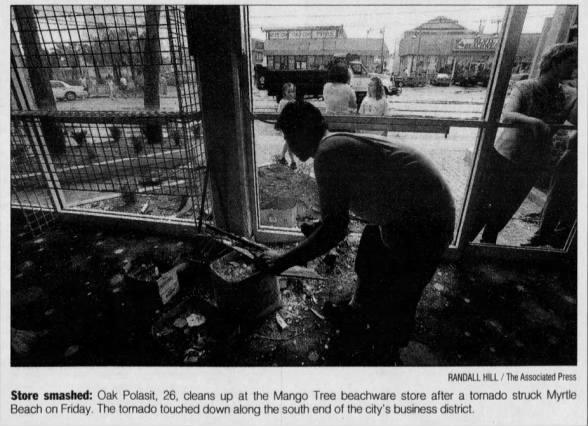 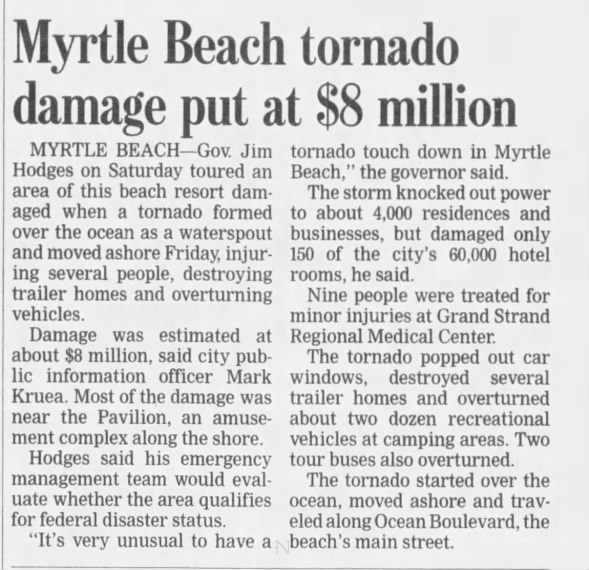