It was the second tornado to hit in the matter of days across the Naples area. The first hit on November 9 and resulted in two fatalities and 17 injuries. Per Storm Data, the tornado hit near Naples, toppling a 705-foot tall tower and flattening a hunting camp 12 miles NE of Golden Gate. It moved NE sweeping through a farm labor camp about 30 miles SW of Clewiston. Velma Herrera and her 2-year-old son were killed when their trailer was carried 25 feet and demolished. Per Thomas Grazulis in Significant Tornadoes, this was part of a family of tornadoes that moved 45 miles. That tornado was given a rating of F2. Here is an article from the Fort Myers News-Press from November 11, 1968 about this event: 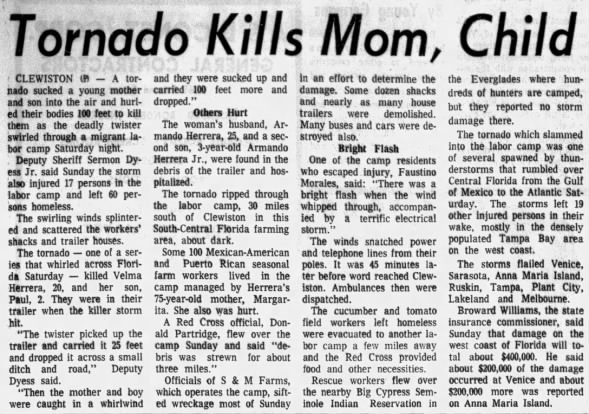 Two days later, another estimated F2 began off Vanderbilt Beach as a waterspout. It moved into North Naples destroying five homes and damaging 12 others. It skipped northeasterly across Big Cypress Swamp and struck a barn near Clewiston.  This tornado had a longer path of 60-65 miles.

Per the official SPC record, there were three injuries. Storm Data wasn’t specific on where the injuries occurred.  Grazulis stated the injuries were to the men at the Clewiston barn.

As I started doing search in the newspapers, there were three injuries reported closer to Naples. This is from the November 12, 1968 Fort Myers, New-Press: 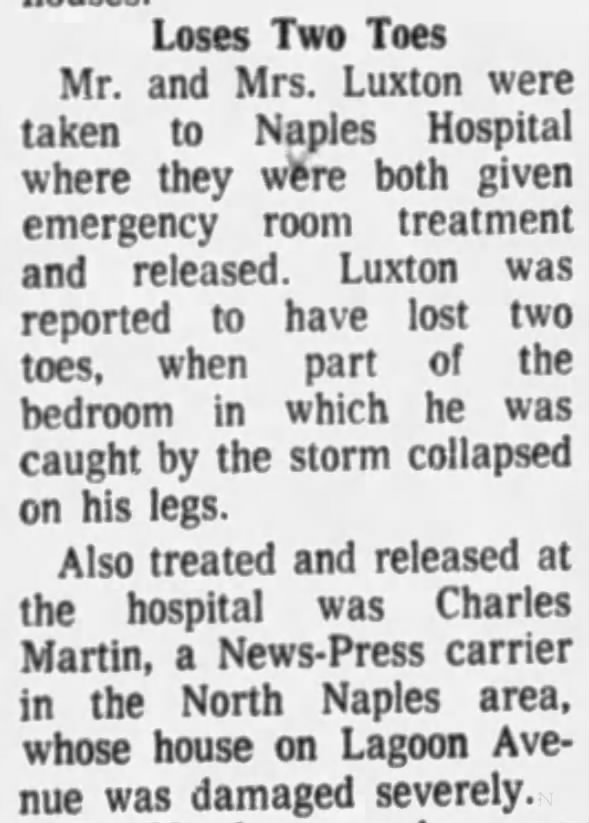 Here are clips from the November 12, 1968 Palm Beach Post showing the gentlemen who took shelter in a barn inside a concrete-constructed saddle room at the Sugarland Ranch of the United States Sugar Co. The image caption states the men were not injured. It doesn’t mean they didn’t have some minor injuries, I just couldn’t find any other report on their conditions. More than likely the three official injuries were the ones in Naples. 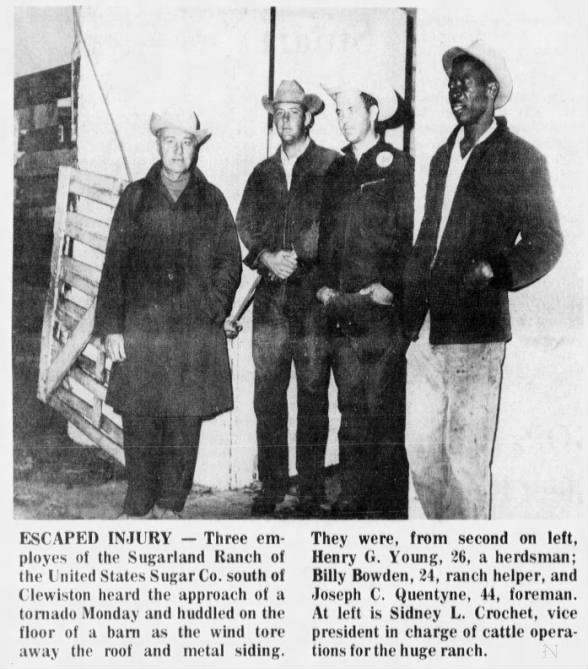 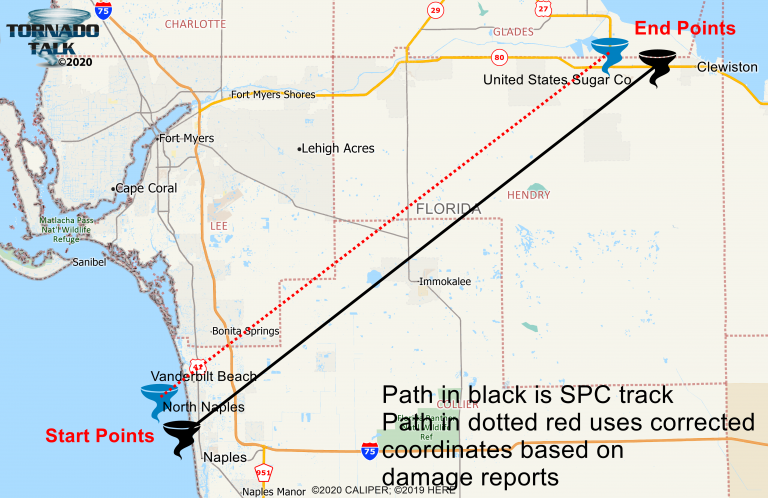 These corrected coordinates brings the path into portions of Lee County.  We could not find any damage reports for that county. 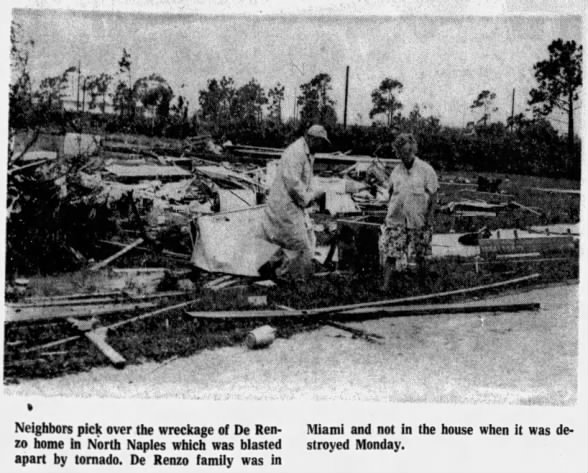 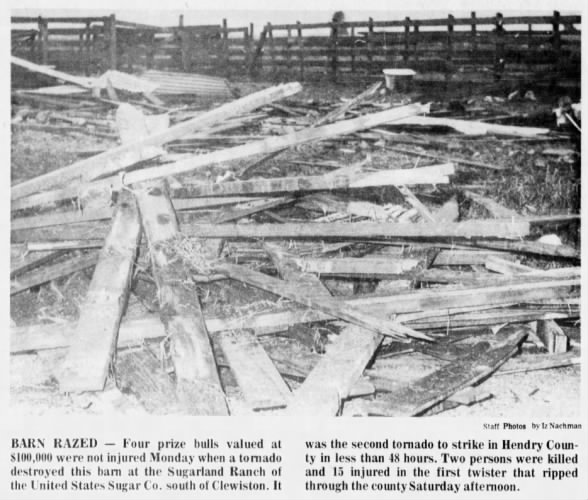 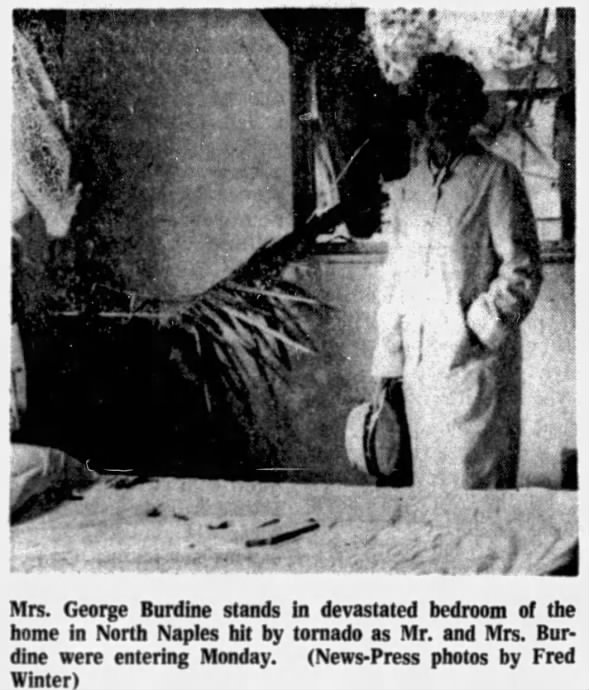 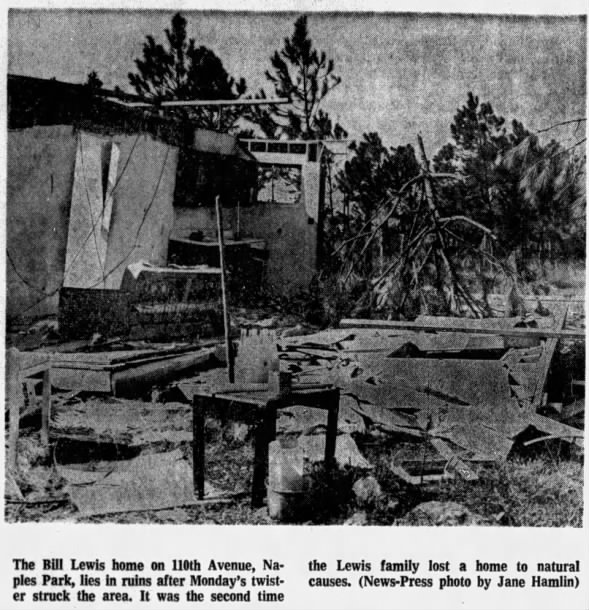 We gathered information for this event from the SPC & NCDC Databases, the November 1968 Storm Data Publication and Thomas Grazulis in Significant Tornadoes and found the following differences: