A total of 74 tornadoes occurred on November 17, 2013. There were two EF4 tornadoes. Check out the in depth summary on the Washington, IL EF4 here. This summary looks at the second EF4 of the outbreak. It moved 10.59 miles through parts of Washington County, IL.

This devastating tornado began on I-64 just over 4 miles SW of New Minden. A tractor-trailer was blown off the interstate and the driver had minor injuries. Per the NWS Storm Data summary, the worst damage was 2 miles west-southwest of New Minden. A farm took a direct hit and the damage was rated EF4.  Only the foundation of the farm remained. Other barns and outbuildings on the property had a varying degree of damage. A large van was rolled over. Joe Hoy and his sister Frances lived at the home and were killed.  I have included newspaper clips below this summary about their passing.

Less than a 1/4 mile from the Hoy’s farmhouse, a single wide mobile home was detroyed. The Storm Data entry describes that there were 4 people at the location. Three sought shelter in a creek bed. One went back to the home to retrieve something and ended up riding out the tornado in a bathtub! They were thrown 50 feet into a field and had broken ankle.

As the twister moved rapidly to the northeast, it hit the St. Johns Lutheran church causing significant damage. Several homes northwest of the church were heavily damaged. The survey states that two of the homes had damage in the EF3 range.

The twister continued its northeast path. A farm 2 miles west-northwest of Hoyleton and a home 2 miles north of this community had major damage. The tornado ended 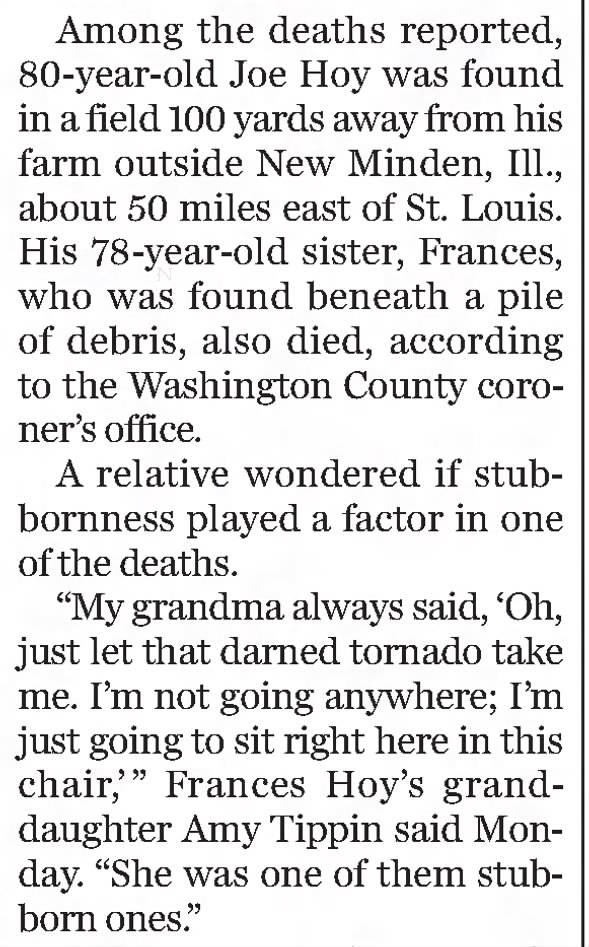 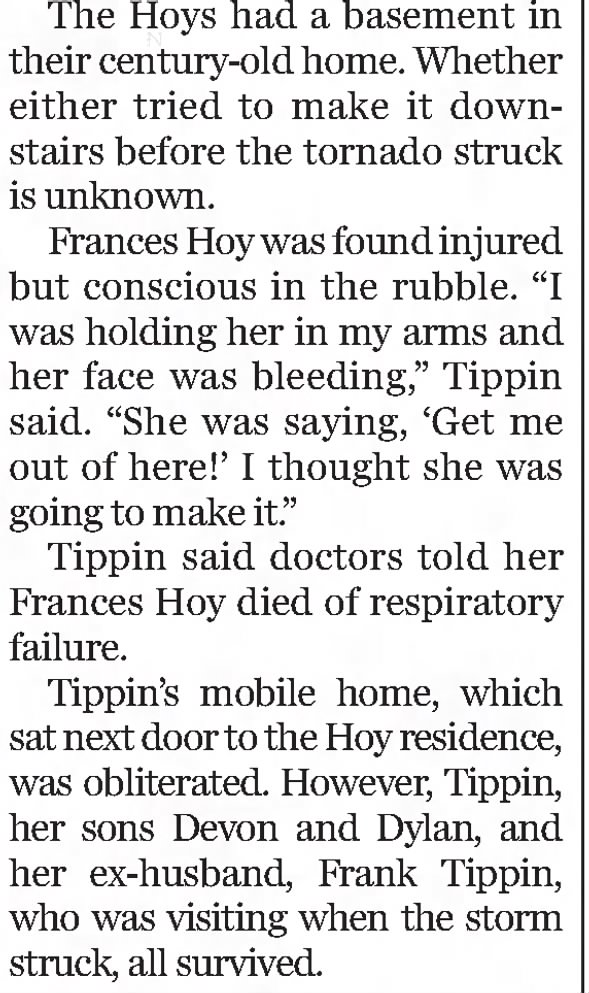 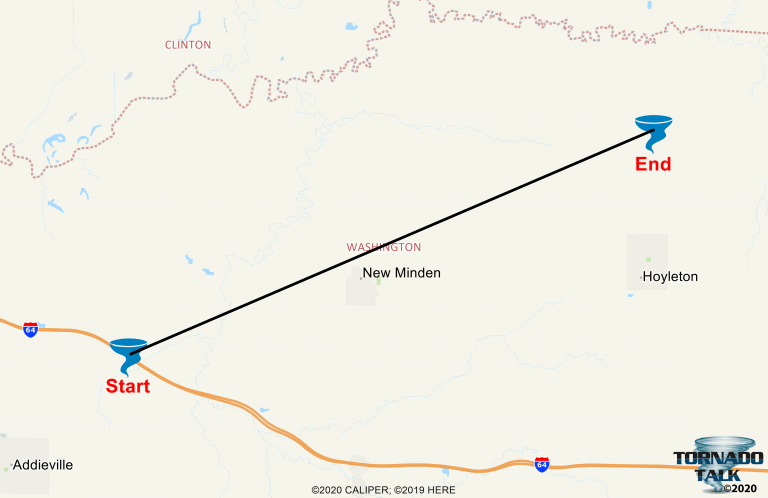 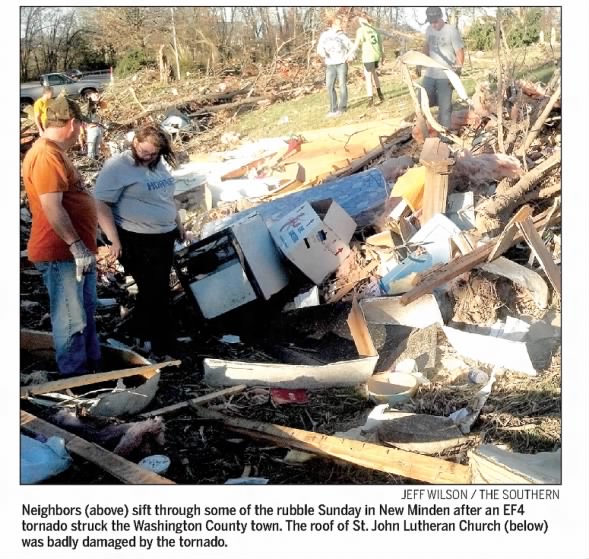 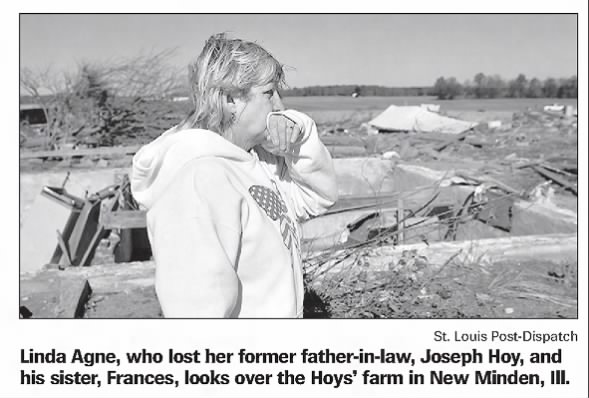 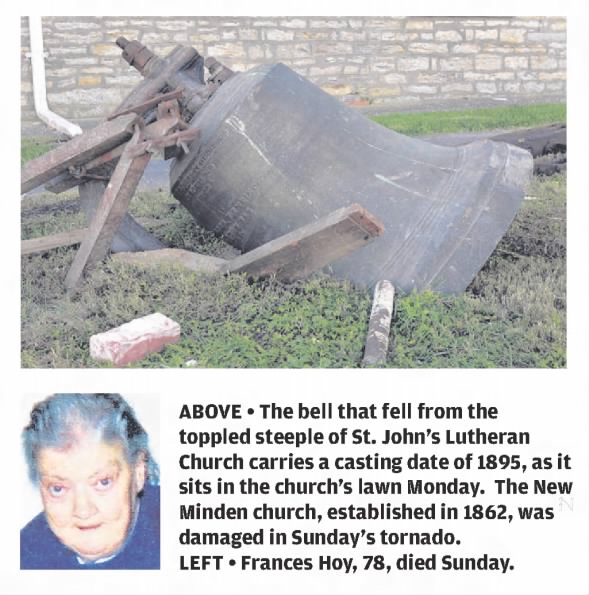 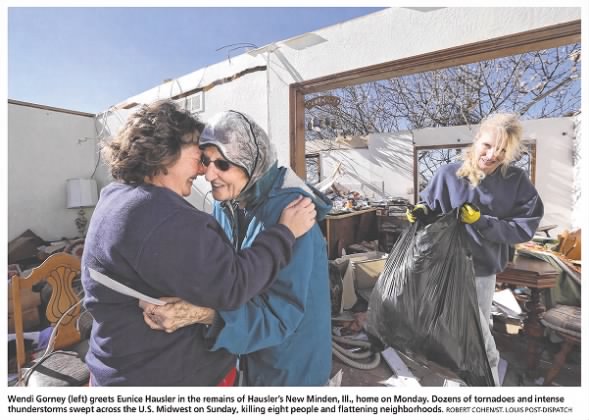