The SPC Database lists all tornado start times in Central Standard Time. The tornado we are looking at in this summary is officially found in the database under November 1 with a start time of 2345 CST.  It officially occurred though on November 2 at 0045 EST. The NCDC database has the event on November 2.

At the time, this was the strongest tornado to ever hit Volusia County (Information via the National Weather Service). Since this twister though, there have been 2 other F3/EF3 tornadoes in the county. One occurred on February 23, 1998. There was one fatality. A second occurred on February 2, 2007. There were 42 injuries.

This late night tornado had a path length of three miles. It hit one mile west of US Highway 1 between Enterprise and Wayne Avenues. It moved to the east-northeast at about 50 mph damaging several homes and bringing down trees and power lines. The Storm Data entry states the tornado briefly lifted after passing Chisholm Elementary School and then dropped and hit New Smyrna Beach High School. Damage here was estimated in the F1 range.

The tornado strengthened to an F3 as it hit the Venetian Villas subdivision and the Diamond Head Condominiums. The NWS survey noted that many large, well-built homes were destroyed. At the condos, “high winds blew out exterior glass walls and blew furniture into the adjoining Indian River Lagoon.” 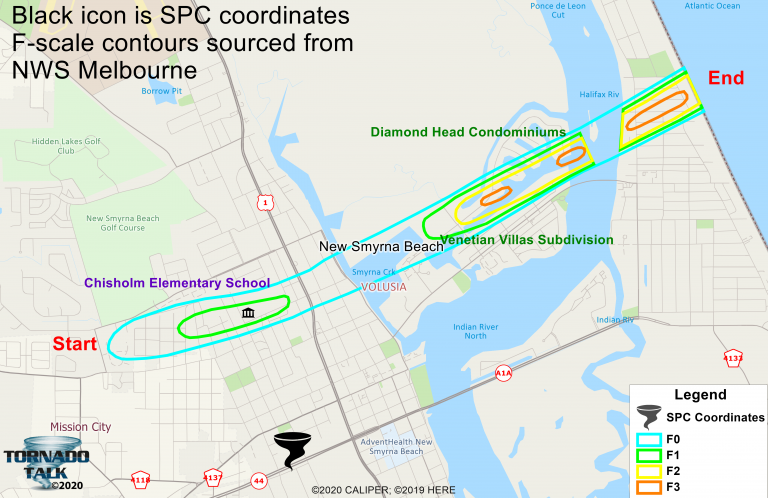 I have plotted that SPC.  I have also illustrated a path with an estimated starting point based on the track map below from the NWS and on the details in their Storm Data Entry. 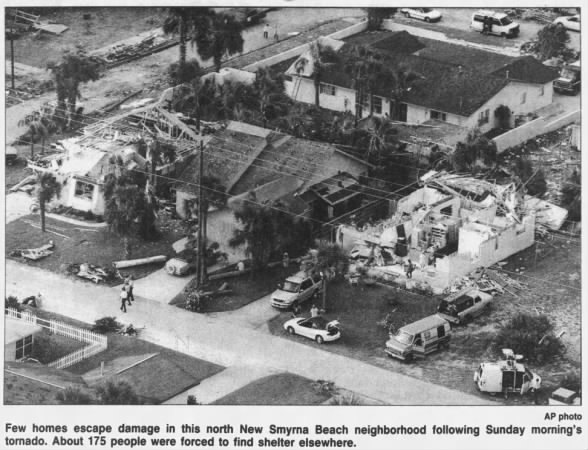 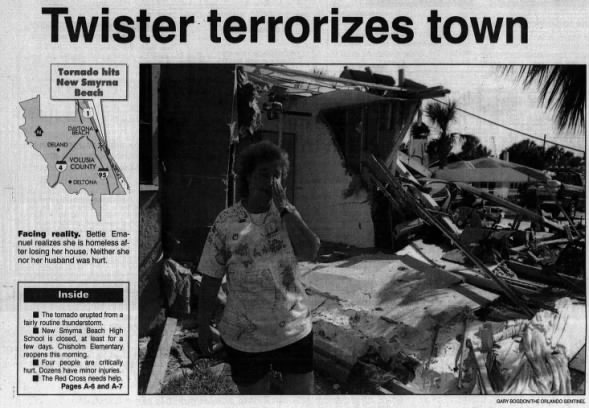 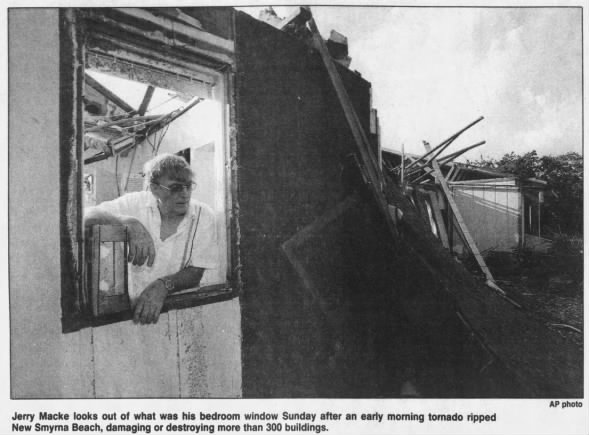 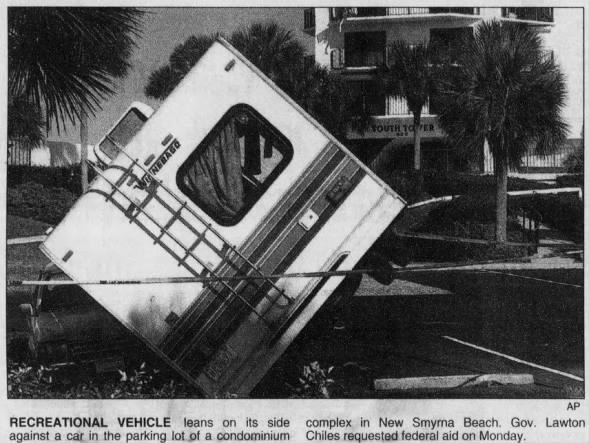 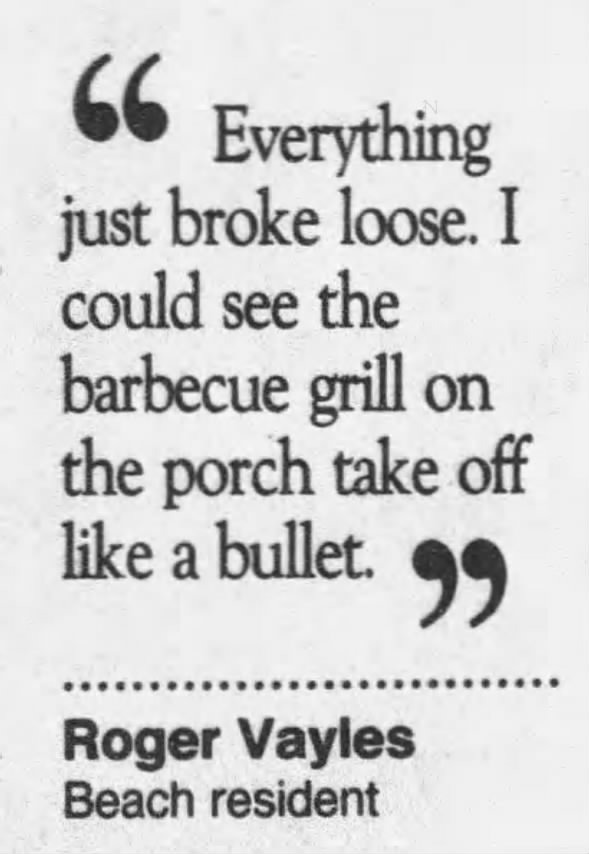 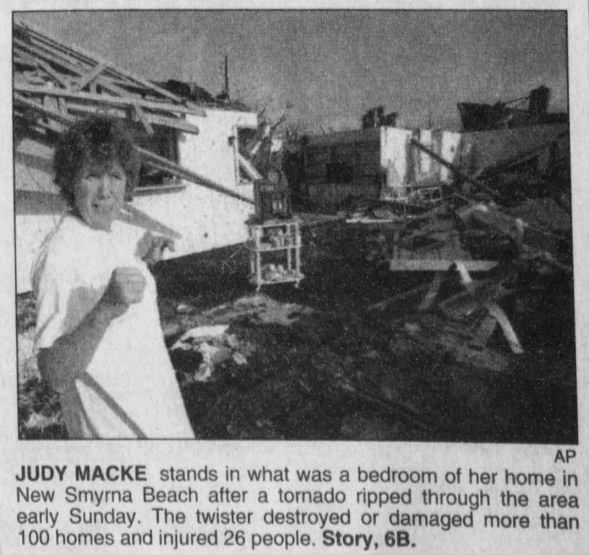 NWS Melbourne Summary of the Event