14 tornadoes moved through parts of TX, OK and MO on October 30, 1979. We look at the Oklahoma tornado in this summary.  It was given a rating of F3 and moved about 8 1/2 miles through parts of Carter County.

Per Storm Data, the tornado developed 1.1 miles south and 1.2 miles west of Newport.  It moved due north for 6 1/4 miles before turning slightly to the north and northeast.  The twister ended NNE of Woodford.

Two mobile homes were completely destroyed near Newport.  Mrs. Teresa A. Carroll was killed instantly. Her daughter Sadie died a few days later at the hospital. Mr. Jimmie Lee Bob who was pouring concrete just outside the Carroll trailer was killed by flying debris.

Per Storm Data, the tornado traveled at tree top level for most of its path. There was damage to a brick home about a mile north of the destroyed mobile homes in Newport. Near Woodford, another mobile home and a few barns were damaged or destroyed. Storm Data states that some of this damage was from straight line winds. 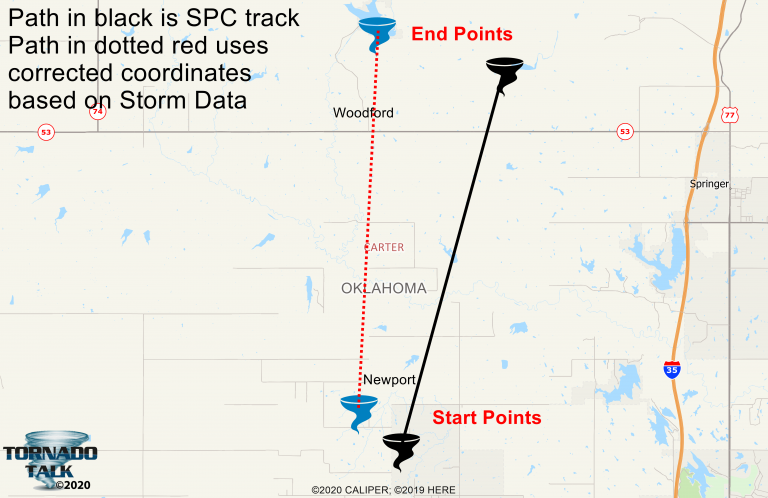 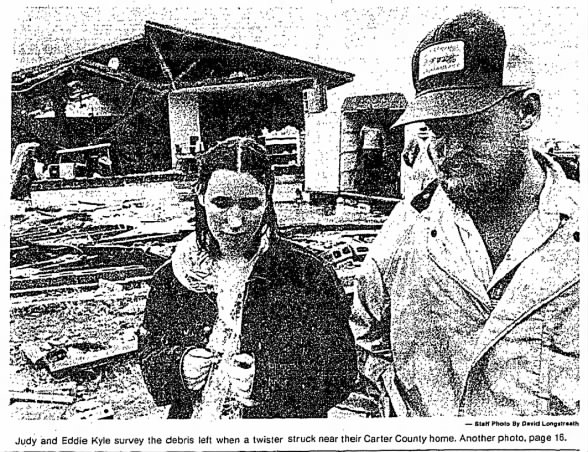 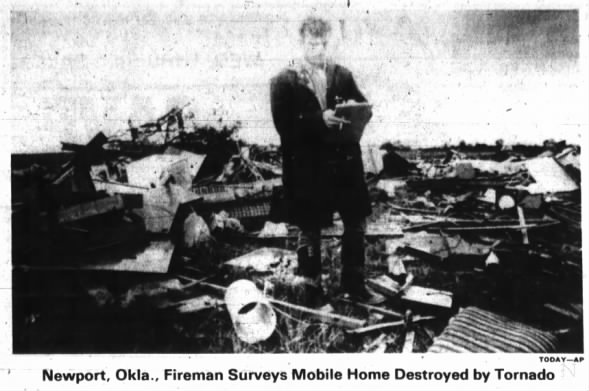 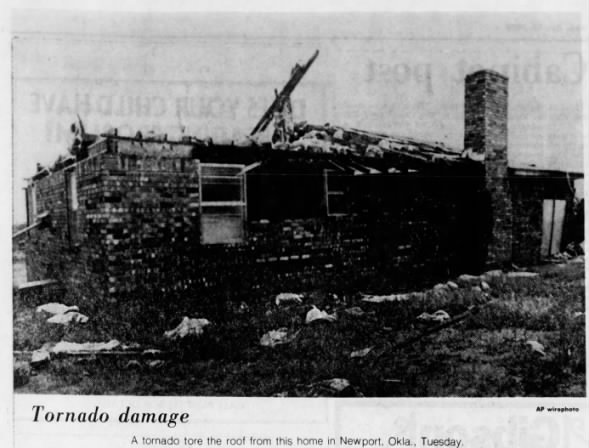 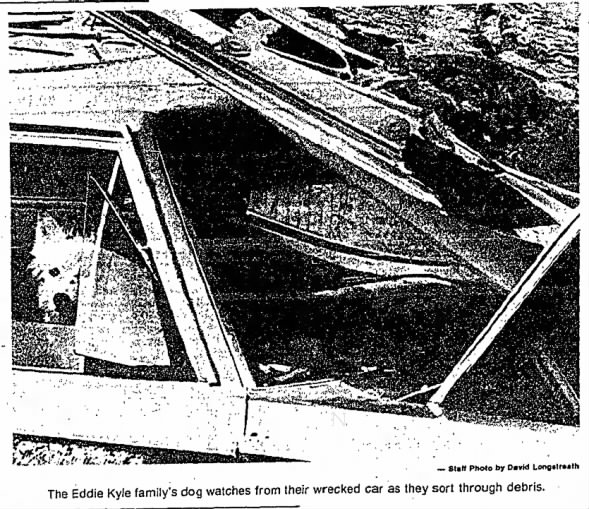 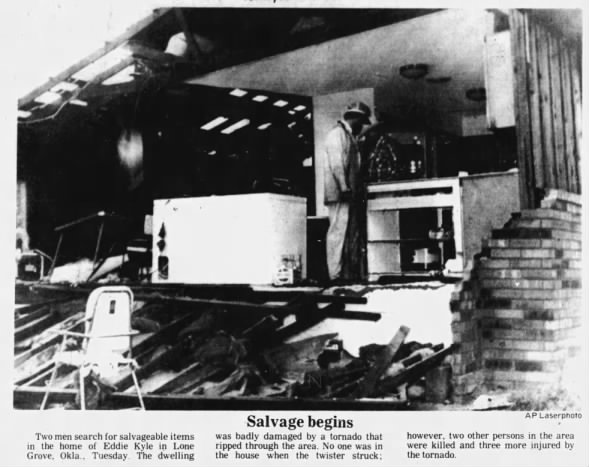 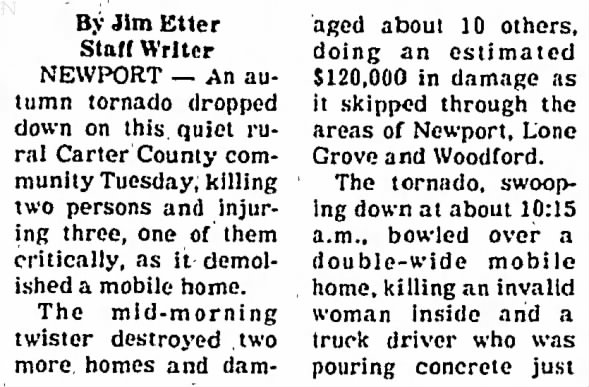 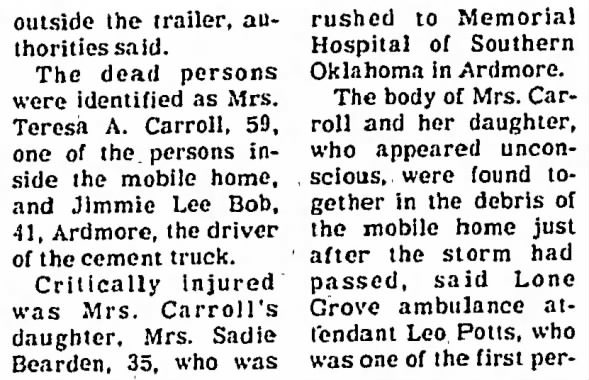 We gathered information for this event from the SPC & NCDC Databases, the October 1979 Storm Data Publication and Thomas Grazulis in Significant Tornadoes and found the following differences: