Per the Storm Prediction Center, 12 tornadoes occurred on May 28, 1996. Most in Indiana and Kentucky.  There was one lone F0 though in Millard County, UT and an F0 in Champaign County, IL.  The strongest of the day exploded across North Central KY through parts of Jefferson, Bullitt and Spencer Counties.

The supercell that produced this tornado had already spawned an F2 in Harrison County, IN.  The storm progressed across the Ohio River and another tornado formed, quickly strengthening.  Most of the damage was F3 in Bullitt and Spencer Counties.  There was at least one home surveyed by the NWS in Hillview that had F4 damage.

The supercell that crossed the Ohio River from Harrison county (F2 tornado occurred) produced a second and most destructive tornado in its long history. This second tornado formed 4 miles northwest of Brooks at 540 pm est in extreme south central Jefferson county. The tornado was initially estimated at F0-F1 intensity and moved east-southeast and quickly strengthened as it moved into north central Bullitt county near Holsclaw Hill road and Top Hill road where numerous trees were snapped off and some tree bark was stripped.

At 545 pm est, the tornado then crossed near the Brooks exit at Interstate 65 turning over 5 tractor trailers and damaging a Comfort Inn, Arby’s and a Cracker Barrel. From there the tornado continued into the towns of Pioneer Village, Hillview and Mount Washington. Widespread severe structural damage occurred to over 1000 homes in these towns. 10 people required hospital care. The worst injury was from a man who was treated for broken ribs. The tornado was rated a strong F3 in Pioneer Village and Hillview, where winds were estimated at around 200 mph.

F4 damage occurred to at least one house in Hillview which was totally leveled. Here wind speeds were estimated at 210 to 220 mph. The path width across Bullitt county was around 1/3 of a mile. Eyewitnesses and the National Weather Service survey as well as video footage revealed multiple-vortices within the parent tornado. This multiple-vortex tornado appeared to consolidate into one funnel as it moved through the Northfield subdivision near Mount Washington at 558 pm est. Here, the tornado was categorized as an F3 with wind speeds up to 200 mph.

The tornado then moved into Spencer County 3 miles west of Mount Washington at 608 pm est. The tornado passed over Route 55, 1 1/2 miles south of Route 44 and Taylorsville at around 630 pm est damaging a few homes. It then passed very close to the Taylorsville Lake Dam and the ranger station at the Taylorsville lake. There, it sank and destroyed several boats, snapped and debarked numerous trees while maintaining its F3 intensity. The path width here was from 1/3 to 1/2 of a mile. Damage patterns again suggesting multiple-vortices. The tornado then dissipated around 645 pm est just east of Little Mount. The total path length across the 3 counties was estimated at 30 miles.

Here are the official path segment coordinates per NCDC Database: 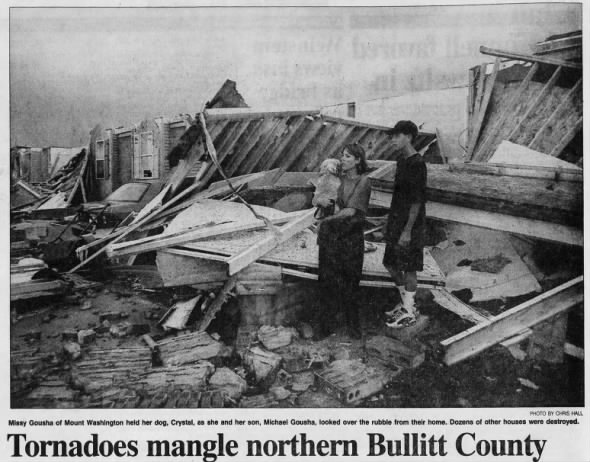 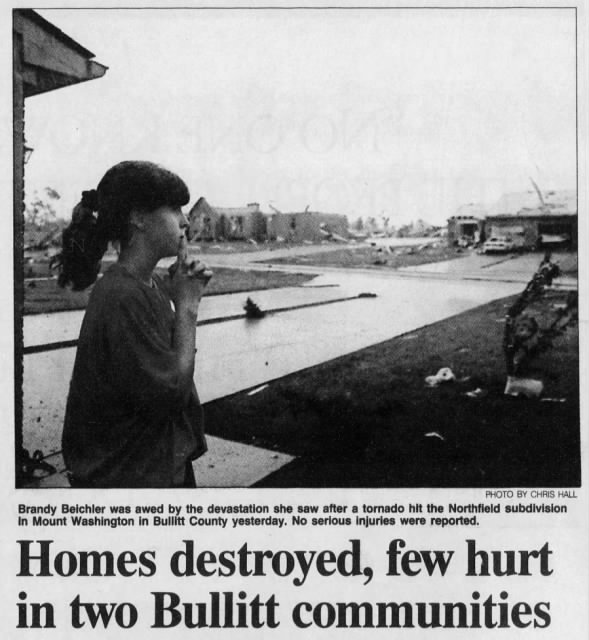 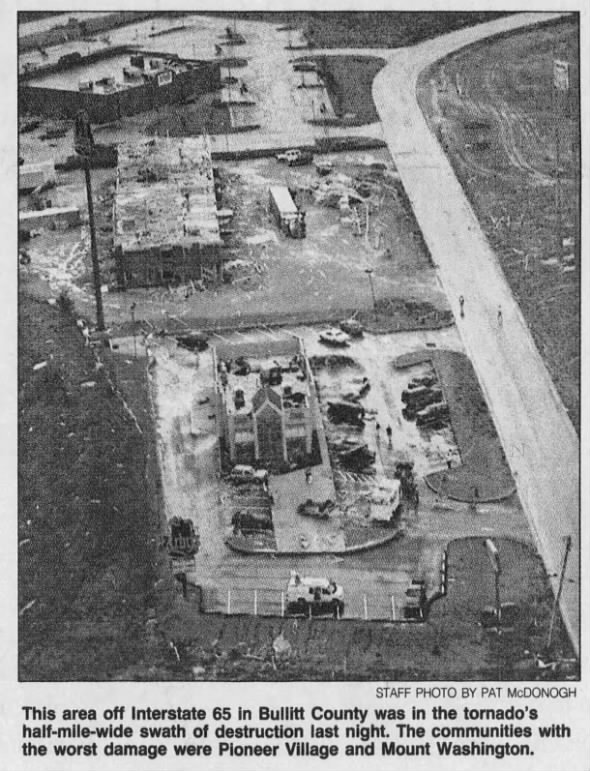 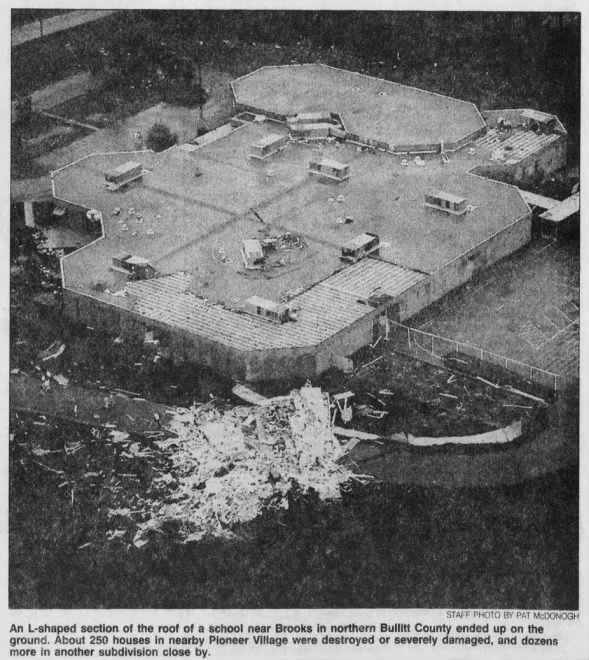 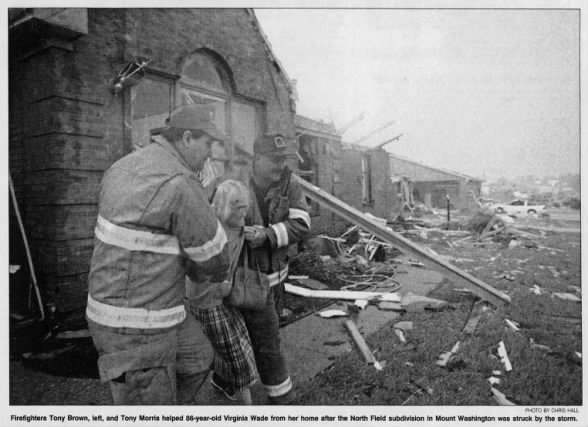 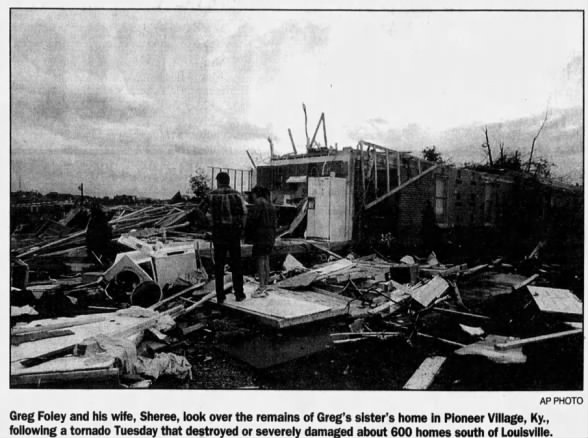