There was one tornado confirmed on Labor Day of 2017.  It traveled almost 17 miles through parts of Crawford and Richland Counties in Ohio.

The twister began in a cornfield west of North Robinson in Crawford County. It moved to the east across the northern part of town causing heavy damage. Per the National Weather Service, several garages were destroyed and there was a home that lost a large part of its roof. Many other homes lost siding or shingles and one residence lost its brick chimney.

The easterly trek continued over the Sandusky River. Along State Route 598 north of Leesville, a home was pushed from its foundation and was destroyed, and another house lost a good part of its roofing. At the intersection of Lincoln Highway and Krichbaum Road, three farm buildings were demolished.

The tornado entered Richland County, just to the south of Hook Road in rural Springfield Township. A home in this area lost half of its roof and one of the bedrooms on the southwest side of the residence was destroyed. Two people were in that room and were thrown approximately 50 feet into the yard. They had minor injuries. As the tornado crossed Stiving Road, it smashed several large trees. One landed on the roof of a house, causing it to collapse. Two adjacent homes in this area were damaged along with at least five vehicles. The tornado lifted about a quarter of a mile east of Kline Road after a 16.67-mile path. 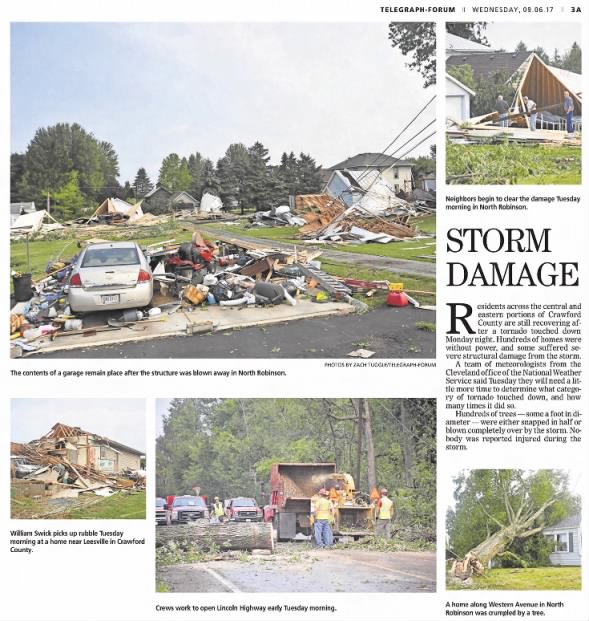 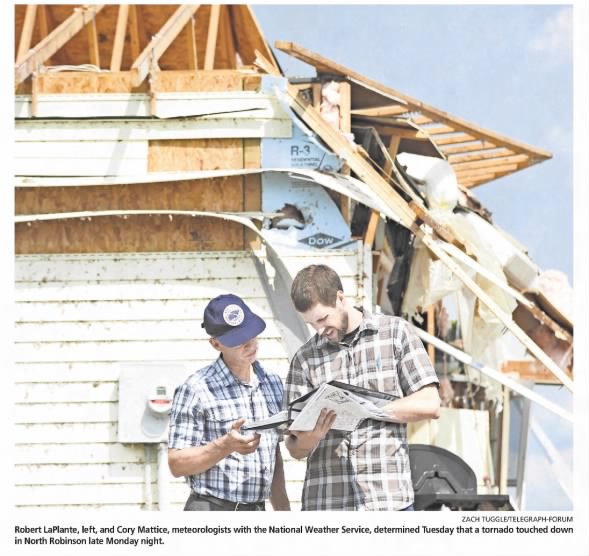 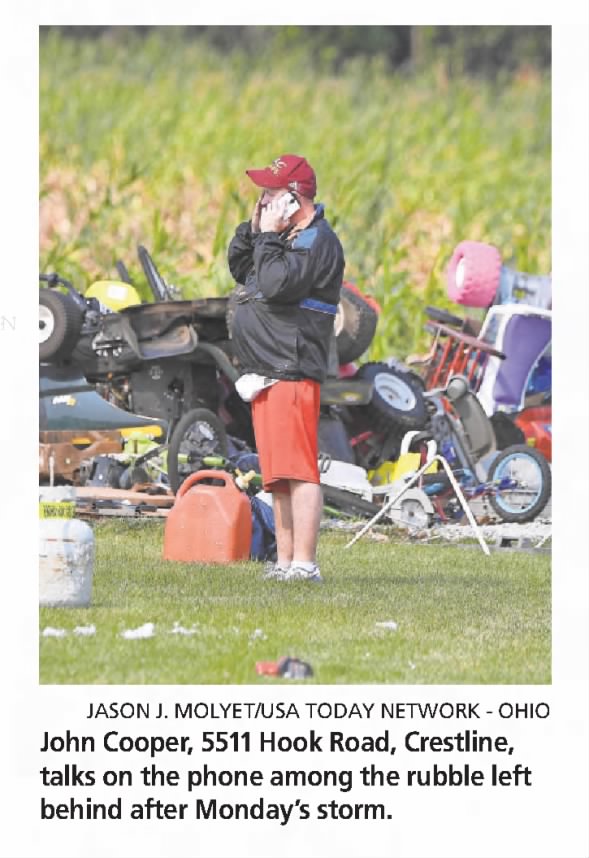 Questions or comments about this summary?  Contact us here