I chose this event because it hit within a large city, Detroit, MI. As I started delving into the data, I became even more intrigued because right of the bat there is a discrepancy in the rating. Officially, the SPC Database lists the rating of this tornado as an F3. Thomas Grazulis in Significant Tornadoes believes the damage was more in the F1 range. Things got even more interesting as a got into the newspapers and the first article I looked at in the Detroit Free Press from November 21, 1957 has the following headline:

The article discusses the thoughts of two Weather Bureau meteorologists and documents a few discussions they had on the phone with the public. The public thought this was a tornado. The meteorologists insisted it wasn’t. Here is the article in its entirety… 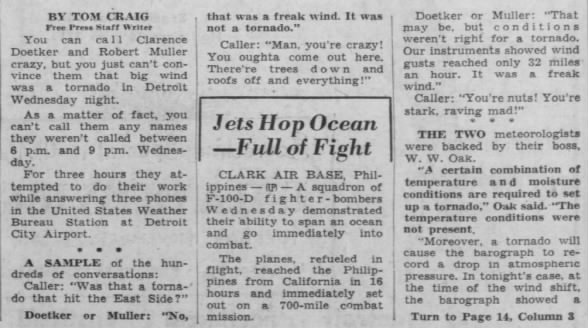 Someone at the US Weather Bureau saw something different than these two meteorologists. The Climatological Data National Summary from November 1957 stated that no funnel was observed, “but definite path and width of damage characteristic of tornado.” I could not find any newspaper articles reporting the change in the US Weather Bureau thinking.

So, officially this is a tornado. But what is the correct rating? An F1 on the old Fujita Scale meant winds were measured between 73 and 112 mph – moderate damage occurred. An F3 meant severe damage with winds estimated between 158 and 206 mph. There doesn’t seem to be evidence of winds in F3 range.

Three Chrysler Corp. plants sustained damage. An article in the Lansing State Journal on November 21, 1957 describes the damage at the forge plant. “The plant’s roof was ripped off and concrete slabs and pieces of glass showered down on 75 men inside. Several trucks in the factory’s transportation yard were tossed about, overturned and twisted.” There was one fatality in the factory. Mr. Harry Michalski was hit on the head by a 200-pound slab of concrete. There were reports of a home unroofed and plate glass windows blown from several store fronts. 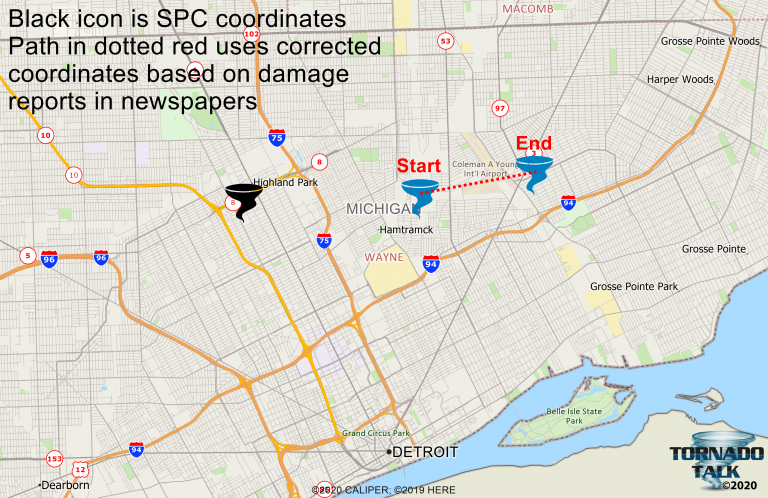 Corrected coordinates based on newspaper reports: 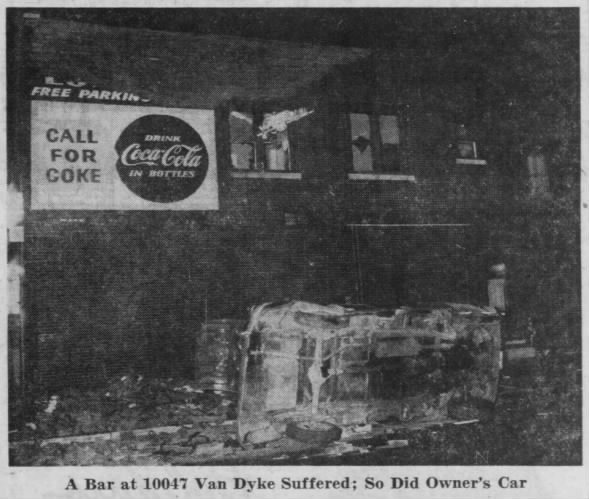 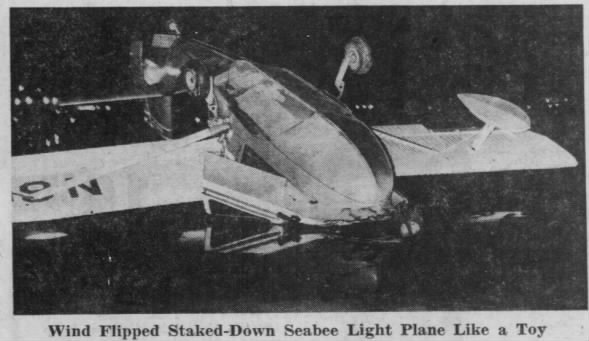 We gathered information for this event from the SPC & NCDC Databases, the November 1957 Climatological Data National Summary (CDNS) and Thomas Grazulis in Significant Tornadoes and found the following differences: