On This Day: November 29

A total of 22 tornadoes were confirmed on November 29, 2016. Over half were in the state of Alabama. This summary looks at a rather large twister with a max width of 1000 yards. It was rated EF2 and moved just under 10 miles from near Arley to Helicon in Winston County and ended 2.41 miles over the Cullman County line. The NWS survey determined the estimated maximum winds were near 130 mph. Read the full summary here! 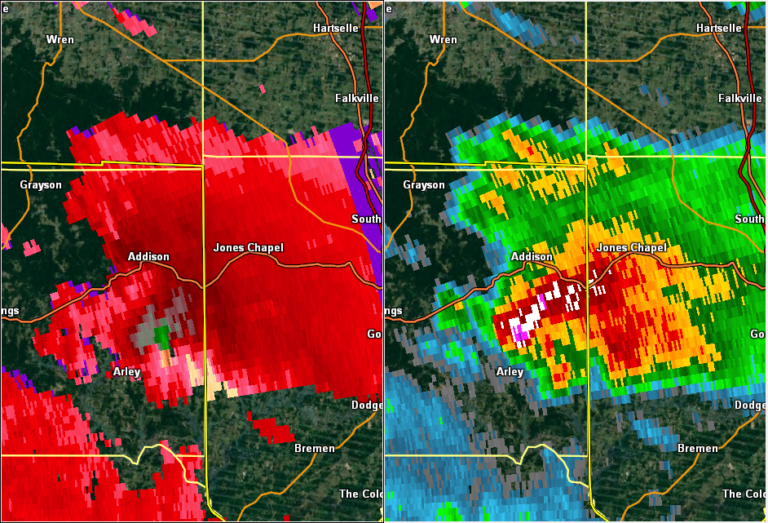 November 29, 1934: Grazulis documents three tornadoes, all given an F2 rating, in Mississippi. One destroyed a small home near Learned. Another destroyed two homes near Myrick. “One home was swept away, but the family was away for Thanksgiving dinner.” The third passed near Newton, where 15 homes had damage. 31 people were injured in this area mainly by flying debris. 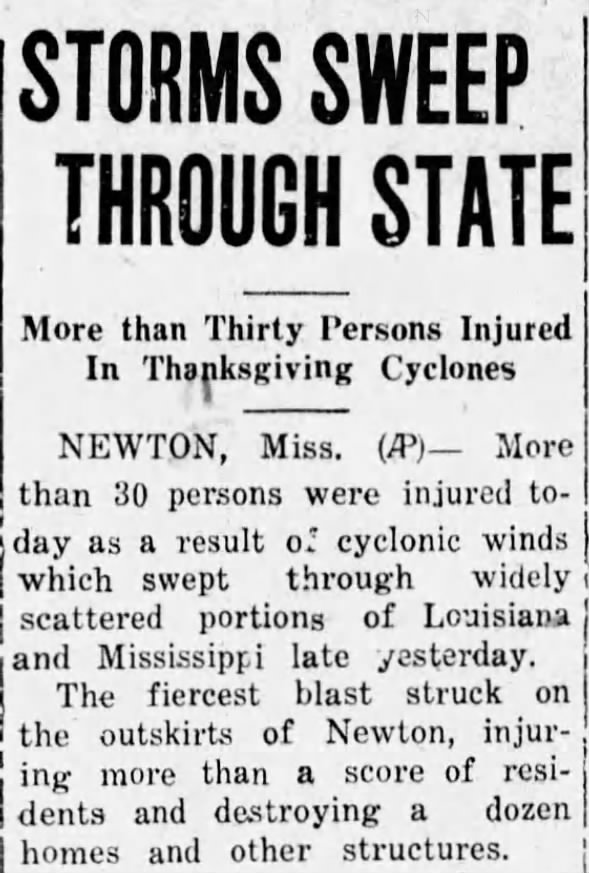 On November 29, 2010, an EF4 tornado hit near Atlanta, LA. It completely destroyed a large, well-built two-story house. A mobile home was thrown 300 yards into a wooded area and destroyed. Source.

November 29, 1896: The temperature plummeted to 51 degrees below zero at Havre, MT. Source.

On this day in 1877, US inventor Thomas Edison demonstrates his hand-cranked phonograph for the first time. Check out more historical events at onthisday.com!

On this day in 1898, C.S. Lewis, Irish-born scholar, novelist, and author of about 40 books, many of them on Christian apologetics, was born in Belfast, Ireland [now in Northern Ireland]. He died in 1963. Source:  Britannica.

On this day in 2017, American TV host Matt Lauer is fired from NBC’s “Today” show after an allegation of sexual misconduct! Get more daily history at onthisday.com!

On this day in 2001, Beatles guitarist George Harrison died in Los Angeles of lung cancer aged 58. Following the breakup of The Beatles Harrison had a successful career as a solo artist and later as part of the Traveling Wilburys. The youngest member of The Beatles, (aged 16 when he joined), his compositions include ‘Taxman’, ‘Here Comes the Sun’, ‘Something’, and ‘While My Guitar Gently Weeps’. Harrison released the acclaimed triple album, All Things Must Pass, in 1970, from which came the worldwide No.1 single ‘My Sweet Lord.’ Get into the groove with more music trivia at thisdayinmusic.com!