On This Day: November 3

16 tornadoes were confirmed on November 3, 1992. All but one were in the state of Louisiana. The strongest for the day is the topic of this summary. It was an F3 that traveled seven miles through parts of Bienville Parish. The town of Arcadia, population 3400 at the time, was the hardest hit. Read the full summary here! 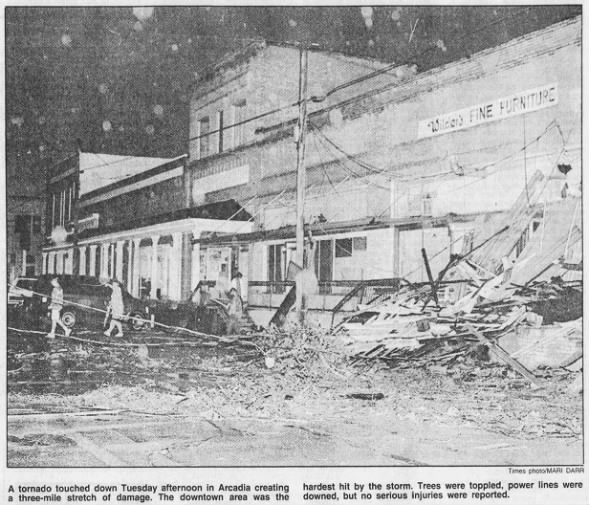 Thomas Grazulis has no listing for a tornado before 1950 on this day.

On November 3, 2000, an F1 landspout tracked for 2.3 miles near Diboll, TX. An 18 wheeler was blown over, and several trees were knocked down. Source.

November 3, 1966: An early season snowfall began on the 2nd and persisted through the 3rd. Several inches of snow fell from Alabama north to Michigan. Source.

On this day in 1933, Michael Dukakis, American politician and lawyer, who was the Democratic Party’s nominee for president in 1988, was born in Brookline, Massachusetts. Source:  Britannica.

On this day in 1988, talk-show host Geraldo Rivera’s nose was broken as Roy Innis brawls with skinheads at TV taping! Get more daily history at onthisday.com!

On this day in 1991, A free concert was held in Golden Gate Park in San Francisco to honor the memory of promoter Bill Graham, who was killed in a helicopter crash the week before. Crosby, Stills Nash & Young, Grateful Dead, Journey and Joan Baez were the featured acts. Get into the groove with more music trivia at thisdayinmusic.com!