Three tornadoes were produced by one supercell that moved across parts of Central Alabama on April 8, 1998.  The first tornado (Rated F3) affected Pickens and Tuscaloosa counties, the second (Rated F5) moved through parts of Tuscaloosa and Jefferson counties, and the third (Rated F2) hit parts of St. Clair County.

In this summary, we explore the F5 that began in rural sections of Eastern Tuscaloosa County, 1.5 miles east of the Warrior River.  The tornado moved through mainly unpopulated areas in Eastern Tuscaloosa County and into extreme SW Jefferson County.  The first major area hit was the Oak Grove Community.  3 deaths occurred in a mobile home and the Oak Grove School was destroyed.  A fire department was hit as the tornado crossed CR 23/54.

The tornado moved into unpopulated area for a short while before crossing CR 54 (Lock 17 Road/Warrior River Road) where numerous houses and other structures were damaged and destroyed including another volunteer fire department building.  Eleven deaths were reported in this area.

According to American Red Cross surveys, 608 homes were destroyed, 556 sustained major damage, and another 810 had minor damage.  There were 1,164 families with homes that were unlivable.  Forest service officials estimated 4,000 acres of timber was destroyed in Jefferson County and 1,000 acres in Tuscaloosa County.

Details from the NWS Summary of the Event.

Note:  I plotted the official coordinates from the SPC.  The end point is north of Pratt City.  The summary states the tornado dissipated in Pratt City.  I found in the NWS event page a path map.  I have attached that.  The ending point on that map is over Pratt City.  I deduce the ending lat/lon from SPC is incorrect. 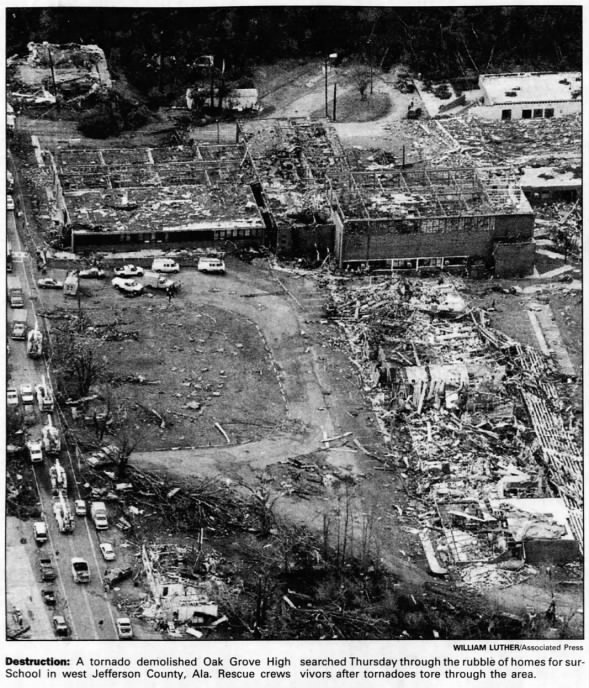 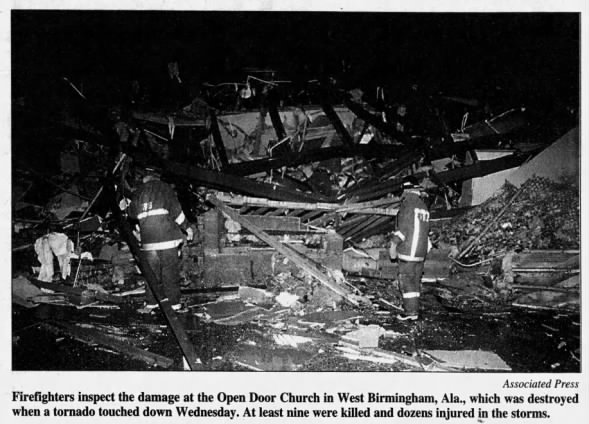 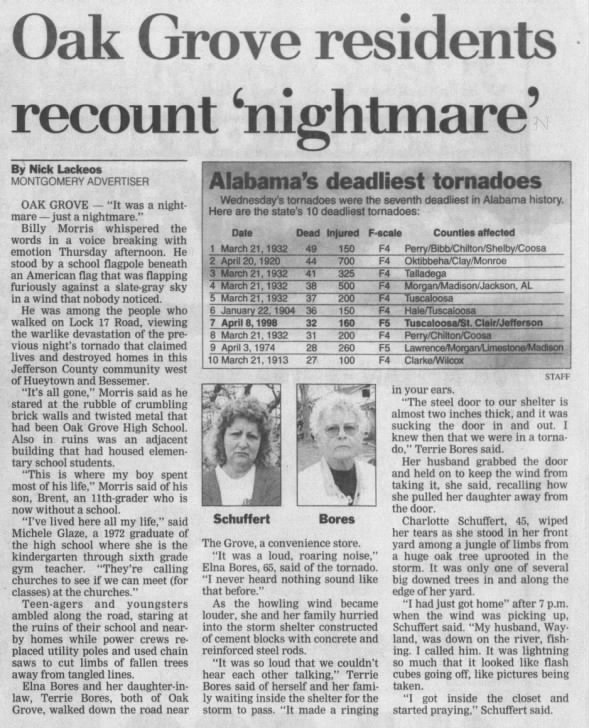 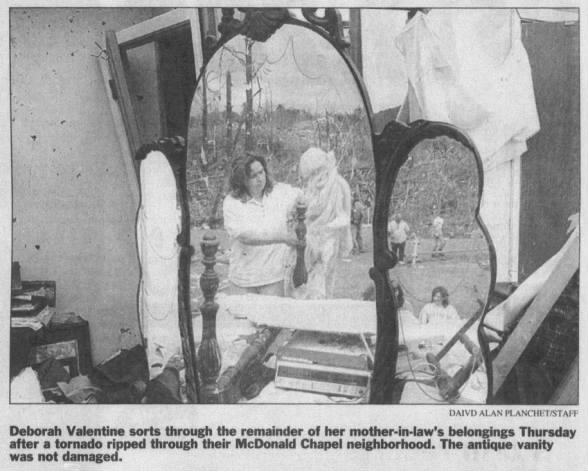 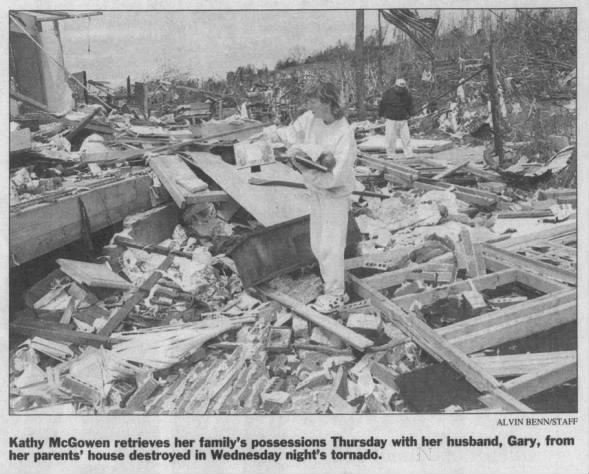 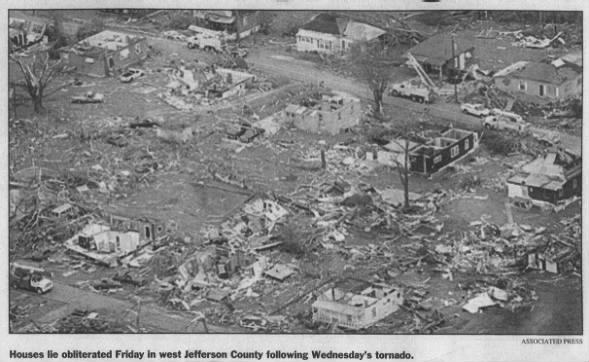 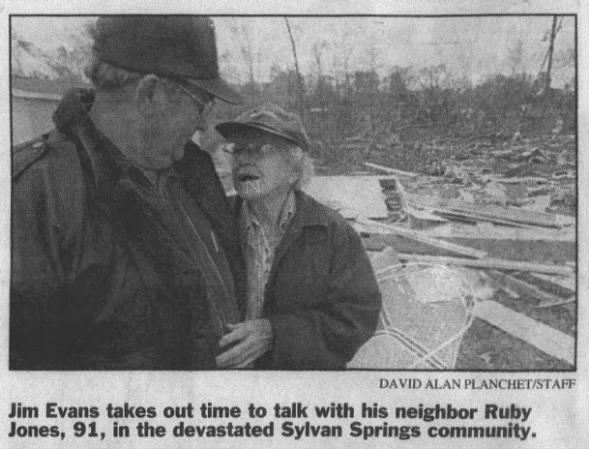 We gathered information for this event from the SPC & NCDC Databases, the April 1998 Storm Data Publication and a Summary from the NWS Birmingham and found the following differences:

Excellent summary Jen ! I remember the storm very well, as I was working in downtown Birmingham on this day!

Thank you so much Mike! – Jen Narramore