A total of 9 tornadoes were confirmed in Oklahoma on October 21, 2017. All but two tornado were given EF1 ratings. The other two were given an unknown rating. We look at one of the EF1 tornadoes in this summary. Path length was 3.4 miles. Read the full summary here!

October 21, 1949: An F1 tornado skipped approximately six miles through parts of Taylor and Jones Counties in Texas. A small home was lifted 50 feet in the air near Abilene. One of four occupants was killed. 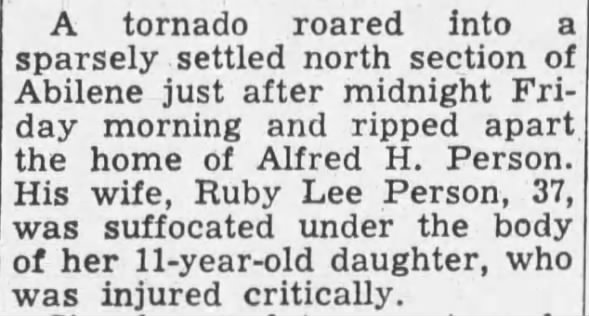 On October 21, 2019, a brief EF1 tornado ravaged Tyronza, AR. Several homes, a gas station, and a school were damaged or destroyed. Three people were injured. Source.

October 21, 1966: Heavy rain triggered a type of mudslide known as a soil-slip that engulfed several homes and a school in Aberfan, Wales. 144 people were killed, including five teachers and 109 children at the school. Source.

On this day in 1915, the 1st transatlantic radiotelephone message was sent from Arlington, Va to Paris. Check out more historical events at onthisday.com!

On this day in 1917, Dizzy Gillespie, byname of John Birks Gillespie, American jazz trumpeter, composer, and bandleader who was one of the seminal figures of the bebop movement, was born in Cheraw, South Carolina. He died in 1993. Source:  Britannica.

On this day in 1964, the Film version of “My Fair Lady” directed by George Cukor and starring Rex Harrison and Audrey Hepburn premiered in New York (Academy Awards Best Picture 1965)! Get more daily history at onthisday.com!