On This Day: October 3

On October 3, 1979, a significant tornado hit without warning in Hartford County, CT. This was one of the most destructive twisters to ever hit the state of Connecticut. There was another F4 to hit New Haven County, CT on July 10, 1989 which caused similar monetary damage. This 1979 tornado though is the deadliest tornado on record for Connecticut (1950-present). There were three fatalities. The deadliest known tornado in Connecticut was the 1878 Wallingford tornado – 34 killed on August 9, 1878. (Grazulis, 596). Read the detailes about this event here! 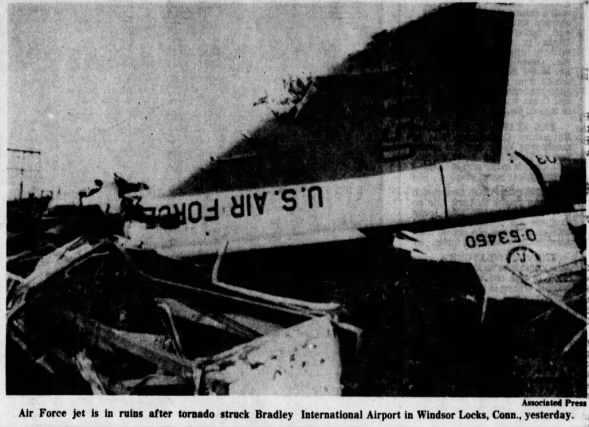 October 3, 1903: Grazulis documents three significant tornadoes on this day. Two were rated F4! One of those was probably a tornado family and moved 55 miles through parts of Minnesota/Wisconsin. The tornado devastated St. Charles, MN. Seven were killed here, 50 homes and businesses were damaged or destroyed. Two others died at Independence, WI. “Half of the town was torn apart.” 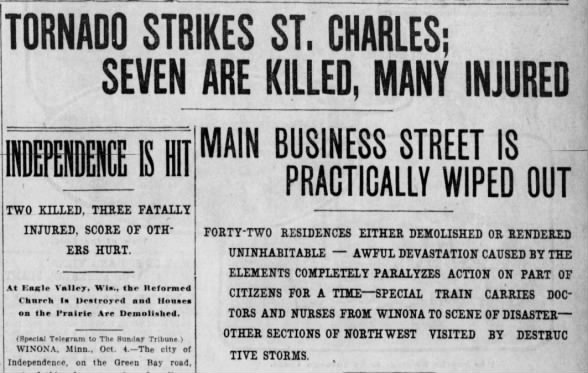 On October 3, 2014, an EF1 tornado moved for 1.36 miles east-northeast paralleling Route 275 near Merritstown, KY. Trees were snapped, a metal building was unroofed, and the volunteer fire sustained minor damage. Source.

October 3, 2015: Hurricane Joaquin was spinning off the east coast of the United States, and a plume of moisture from the hurricane linked up with a stalled cold front along the South Carolina coastline, the combination of those two led to heavy rainfall between October 2 and 4th, with the heaviest falling on October 3. Up to 20″ of rain fell in parts of SC, causing catastrophic flooding. More information can be found here.

On this day in 1913, US Federal income tax was signed into law (at 1%) by President Woodrow Wilson. Check out more historical events at onthisday.com!

On this day in 1925, Gore Vidal, prolific American novelist and essayist, was born in West Point, New York. He died in 2012. Source:  Britannica.

On this day in 1992, Sinead O’Connor ripped up a picture of Pope John Paul II on “Saturday Night Live”! Get more daily history at onthisday.com!