A destructive F4 tornado quickly hit Olney, TX on May 18, 1951.  Thomas Grazulis in Significant Tornadoes believes, based on the damage, that this could have been rated F5.  Little information is found on this twister in the Climatological Data National Summary.  They mention 150 homes damaged.  Grazulis states this as well.  Here are additional details from Grazulis: 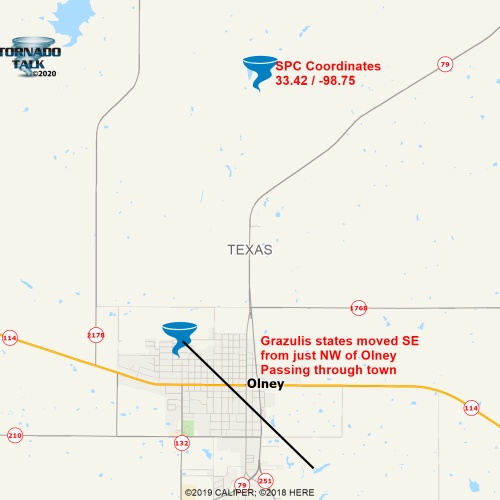 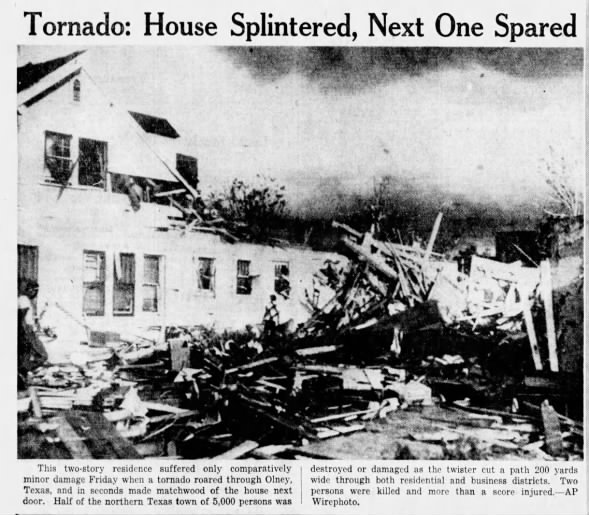 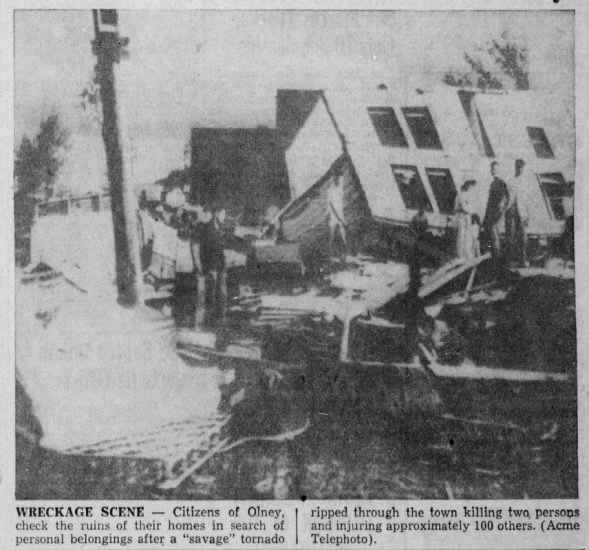 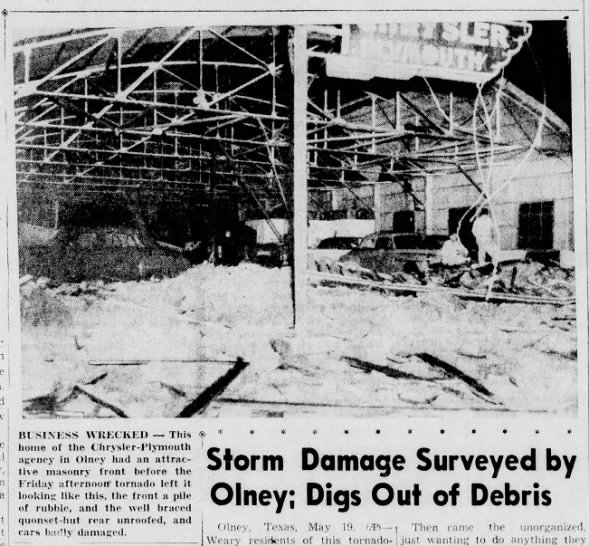 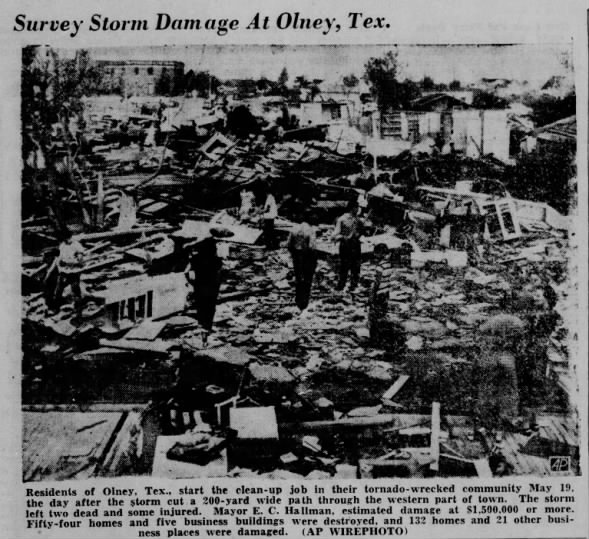 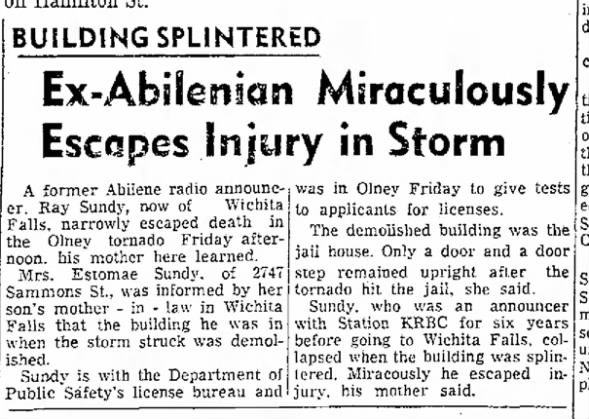 We gathered information for this event from the SPC & NCDC Databases, the May 1951 Climatological Data National Summary (CDNS) and Thomas Grazulis in Significant Tornadoes and found the following differences: