There were 3 reported tornadoes on August 18, 1968.  The strongest was an F3 that hit parts of Douglas County, NE and the city of Omaha.  The tornado tracked over 20 miles and per Thomas Grazulis in Significant Tornadoes had a width of 200 yards.  The SPC database lists no official injury count but per the Storm Data Narrative there were numerous minimal injuries and 1 person was hospitalized.  Significant damage occurred in the Bel Air section.  In this area, there were two parallel paths about 500 feet apart, an indication of two vortices.  Per Grazulis, 46 homes were damaged and one farm house had minimal F3 damage.

A number of funnel clouds were sighted in eastern Saunders and Douglas Counties between 415pm and 740pm.  A storm cell from which a tornado touched down intermittently moved northeastward across Omaha between 533pm and 605pm.  Major damage in the Bel Air section showed parallel paths about 500 feet apart, indicating two vortices.  Strips were about 400 feet and 200 feet wide and a half mile long.  There were an undetermined number of minor injuries and one person requiring hospitalization. 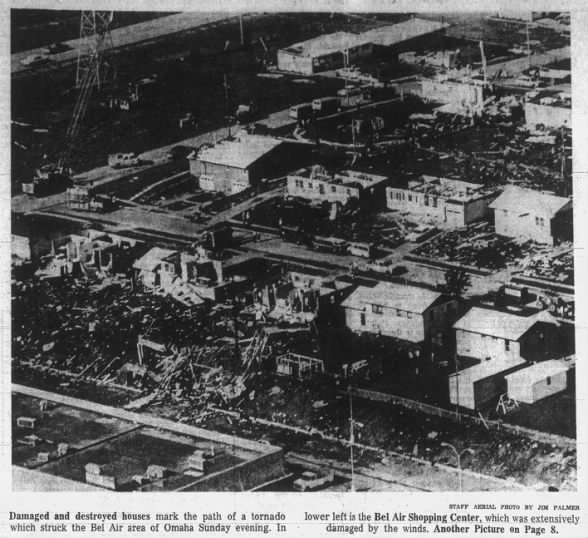 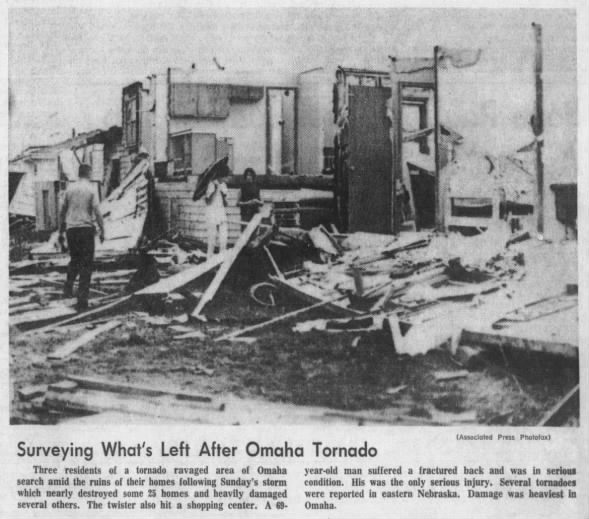 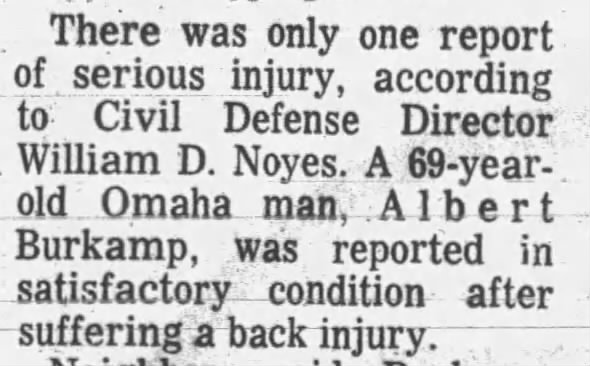 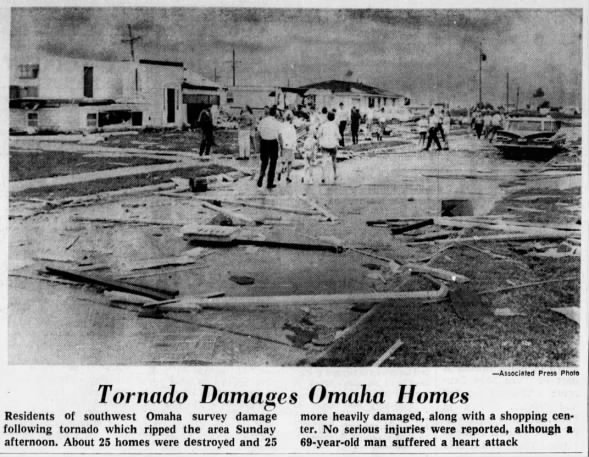 We gathered information for this event from the SPC & NCDC Databases, the August 1968 Storm Data Publication and Thomas Grazulis in Significant Tornadoes and found the following differences: