It is considered one of the worst outbreaks to occur across Southeast Texas/Southwest Louisiana. At least 14 tornadoes hit this area on November 7, 1957. I found a great write-up from Sam Shamburger, forecaster for the National Weather Service written in 2007. He did an in depth review of this outbreak, documenting details and discrepancies. He provides information for all 14 tornadoes. 5 of them caused fatalities.

The Orange, TX F4 tornado is the topic of this summary.  It was the strongest of the outbreak. 180 homes were destroyed. 115 of these were in the Riverside Housing Project. 9 ships and 3 barges were torn from their moorings.

There was one fatality. A pregnant woman was killed at 2nd Street and John Street in Orange. Her name was Annebell Peck. She was pinned beneath the wreckage of her two-story frame dwelling. (The Odessa American, November 8, 1957).

The NWS Summary denoted the wide range of injury reports. The Orange Leader reported 20 injuries while the Beaumont Enterprise reported 81 injuries. That summary as well as Thomas Grazulis in Significant Tornadoes landed on an injury count of 50.

Sam Shamburger also noted that the F4 rating is questionable because the quality of the housing in the area was poor. He felt an F3 rating would have been more accurate. He also noted that there were reports in the Orange Leader that the tornado was dissipating into a downburst as it moved into the housing project. “However, it is possible the tornado crossed into Louisiana before lifting.” 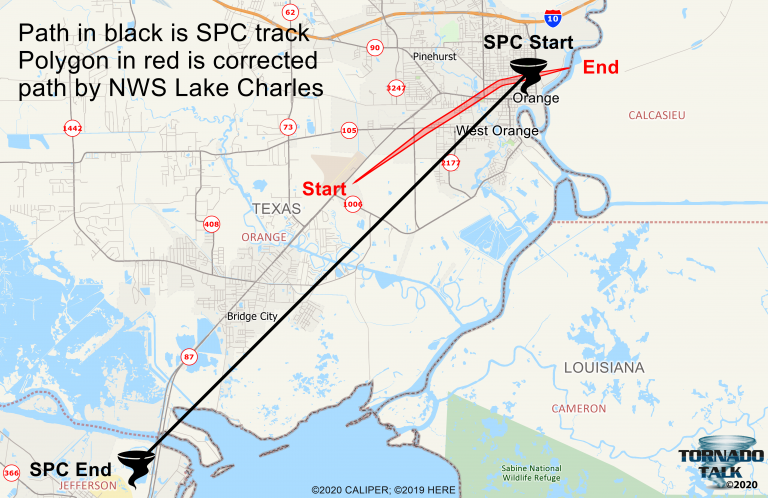 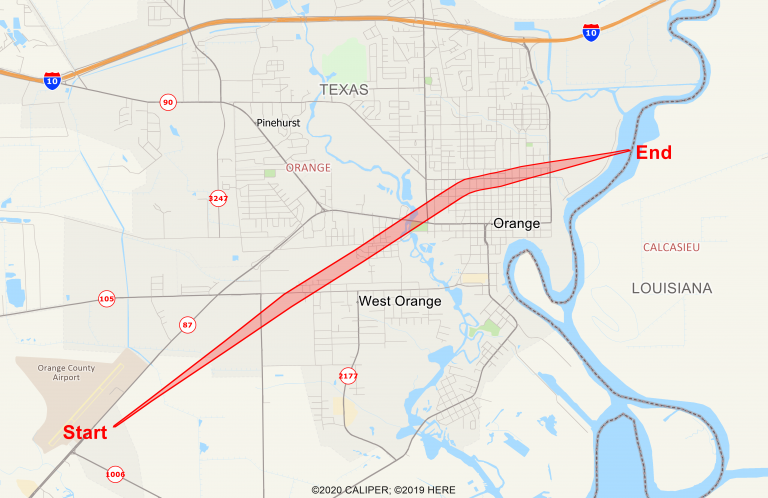 Corrected Coordinates based on the map from NWS Lake Charles: 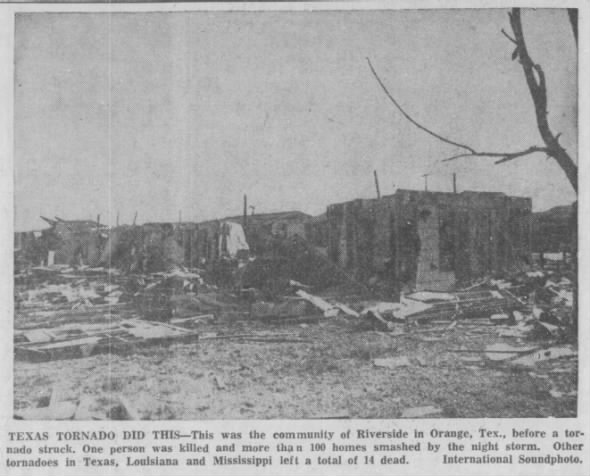 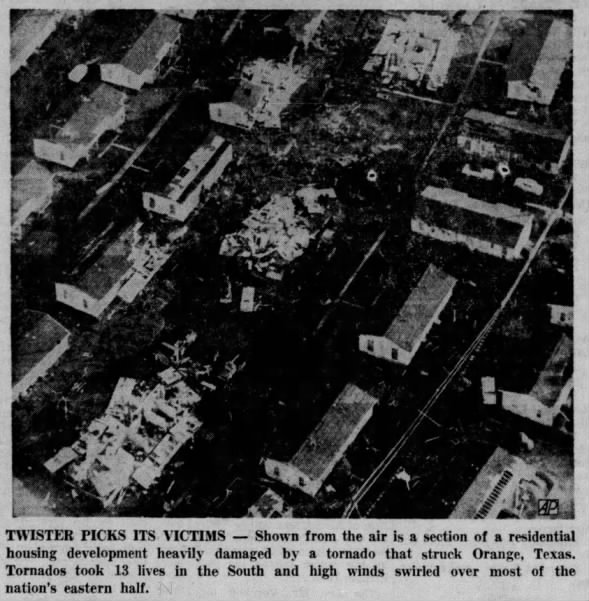 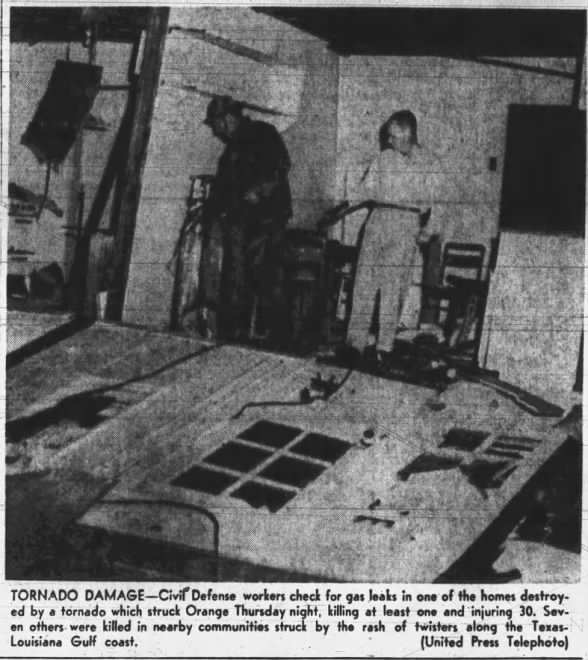 We gathered information for this event from the SPC & NCDC Databases, the November 1957 Climatological Data National Summary (CDNS), Thomas Grazulis in Significant Tornadoes and a Summary via NWS Shreveport and found the following differences: