Two Florida tornadoes were confirmed on October 19, 1958: An F1 in Sarasota County and a stronger F3 that moved 20+ miles through parts of Palm Beach and Martin Counties.  We look at the F3 in this summary.

Per the Climatological Data National Summary (CDNS), the twister moved east-northeast from Pahokee to near Pratt and onward to near Indiantown. They noted that much of the path was inaccessible.  Per Thomas Grazulis in Significant Tornadoes, 23 of 27 homes were demolished in two settlements. CDNS added that several crop dusting planes were destroyed along the path.

Here are some of the damage details from The Palm Beach Post from October 20, 1958.  This is all from the Pahokee area.  They noted that 50 dwelling units were destroyed.  Two boxcars were thrown on their sides and their wheels ripped off.  The paper gave more detail on the damage to the airplanes. There were eight planes at the Glades County Airport that were completely destroyed. Two others were noted as badly damaged and another was reported missing.

There was one fatality.  Mr. John Gray, 70, was with his wife in their home when the tornado hit.  He was thrown from the home and found in a field. Here is a clip from The Palm Beach Post from October 20, 1958: 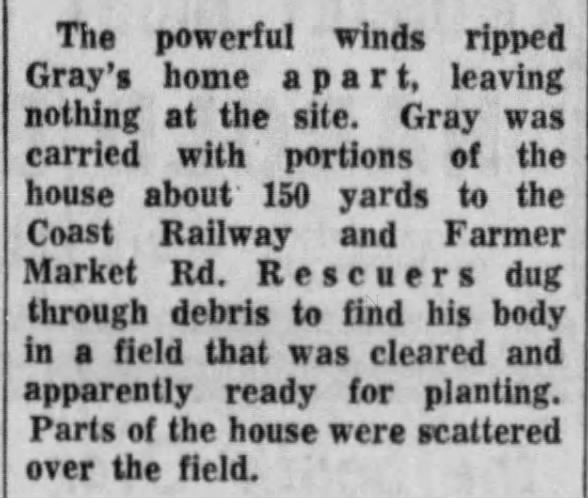 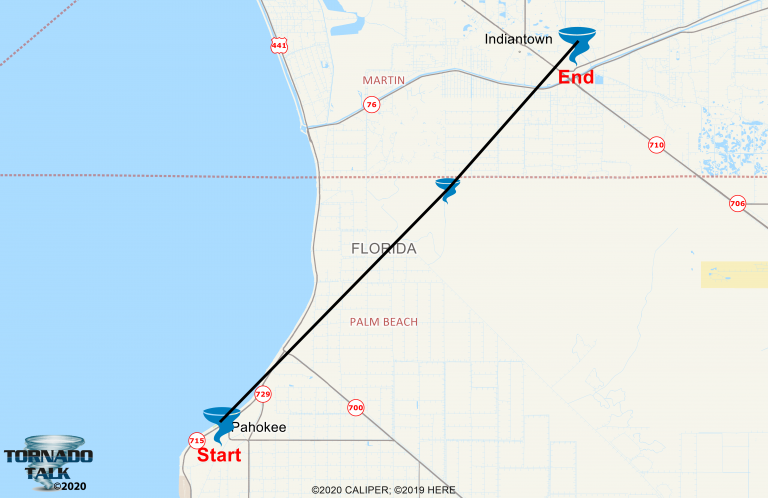 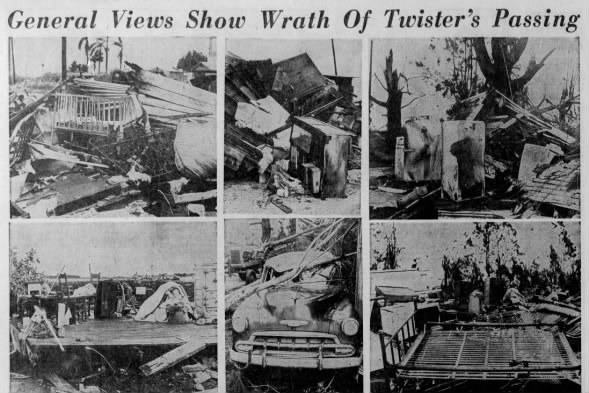 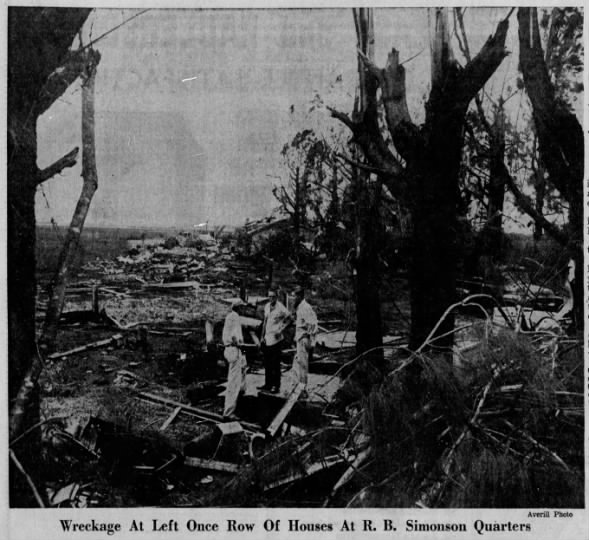 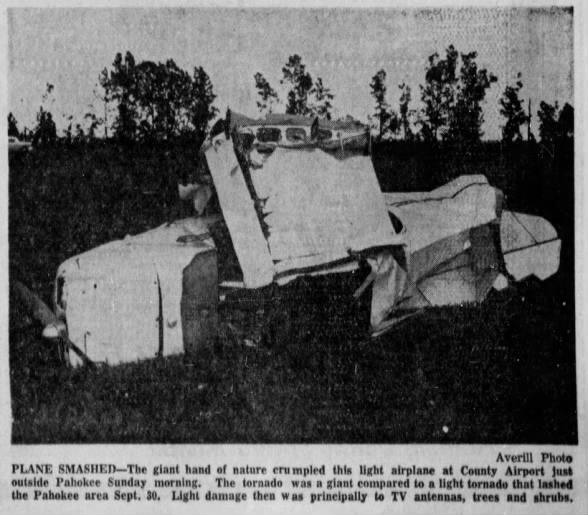 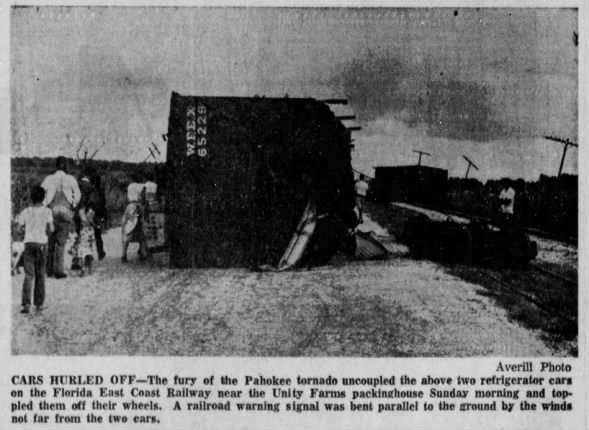 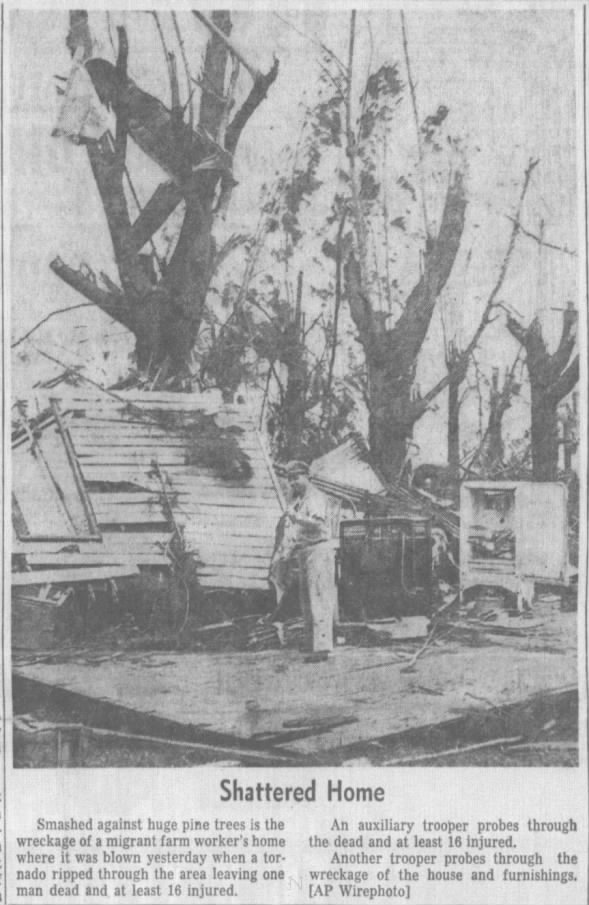 We gathered information for this event from the SPC & NCDC Databases, the October 1958 Climatological Data National Summary (CDNS) and Thomas Grazulis in Significant Tornadoes and found the following differences: