The deadliest tornado of the April 2, 1982 outbreak was an F4 that traveled 23 miles through parts of Lamar and Red River County, TX.   Ten people died in the town of Paris.  There were 170 injuries reported along the tornado’s path.

This twister was one of at least 7 in a family of tornadoes that began in Fannin County, TX.

Here is the information from NWS Fort Worth specifically on the tornado that hit Paris:

Developed rapidly near Campbell Road and Loop 286 in far northwest Paris . The tornado tracked across the city, destroying homes, businesses, trees, and automobiles. The twister continued east through Reno and Blossom, damaging or destroying 75 homes and businesses in Reno and at least 17 in Blossom.

Over 465 homes and apartments were damaged or destroyed as the tornado carved a 200-300 yard wide path across north Paris . The majority of homes received F2 to F3 damage, with a handful experiencing F4 destruction.

In northwest Paris , a large lumber yard was destroyed and caught on fire as a result of the tornado. A mobile home park near the lumber yard was leveled, with debris falling hundreds of yards away. The majority of the mobile home park residents received early warnings and evacuated their homes. However, four people did not leave. Two of these people were killed, and the other two injured.

Photos via NWS Fort Worth and the Storm Data Publication 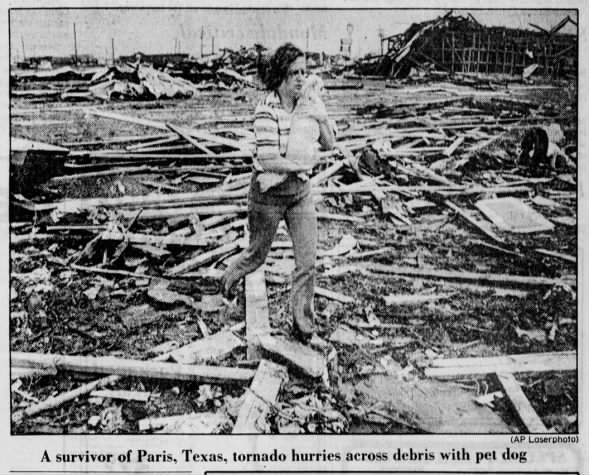 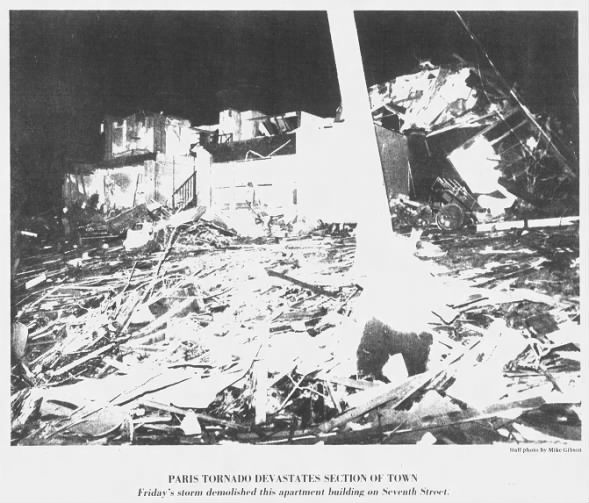 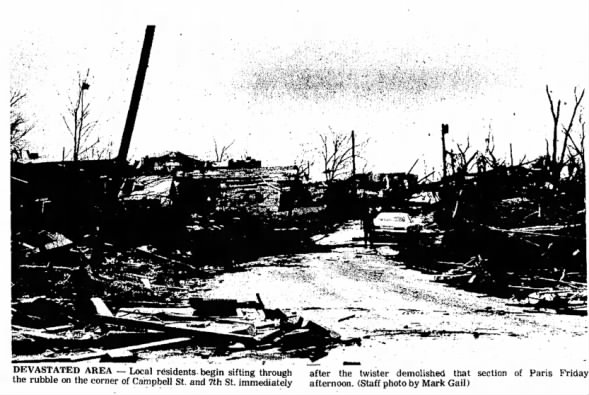 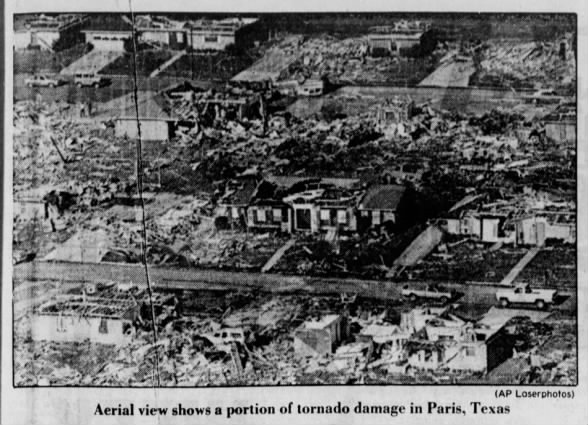 NWS Fort Worth Summary of the Event