Two tornadoes are found in The Storm Prediction Center (SPC) database for October 8, 1958:  An F2 in Illinois and the topic of our summary, an F3 that traveled through parts of Nodaway, Worth and Harrison Counties.  This was a fairly long track tornado.  The Storm Prediction Center has a path of 23.1 miles.  Thomas Grazulis in Significant Tornadoes lists slightly longer path at 35 miles.  When you plot the path details Grazulis has in his book, you actually get a path closer to 45 miles long.

Gathering details from all of our sources, the tornado moved east-southeast from Pickering through the southern part of Parnell to about 8 miles southeast of Grant City.  From here, it tracked northeast to near Eagleville.

Per an article in The Maryville Daily Forum from October 10, 1958, 67 farmsteads had extensive damage in Nodaway and Worth Counties.  33 homes in the two counties were destroyed/damaged.  Twelve of the homes were located in the southern part of Parnell.  I could not find any damage information for the Eagleville area.

Seven injuries and two fatalities were reported.  It was noted in several newspapers that Mrs. Frank Porter (Shirley) died in her farm home SE of Grant City.  Here is a clip from the Chillicothe Constitution-Tribune: 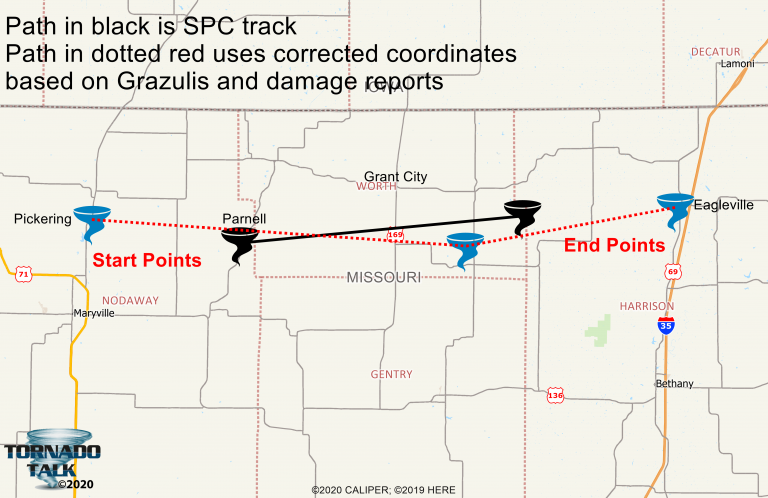 Corrected Coordinates based on Grazulis and damage reports. 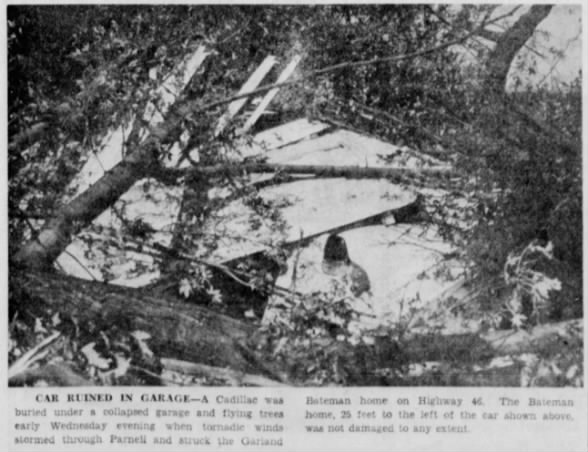 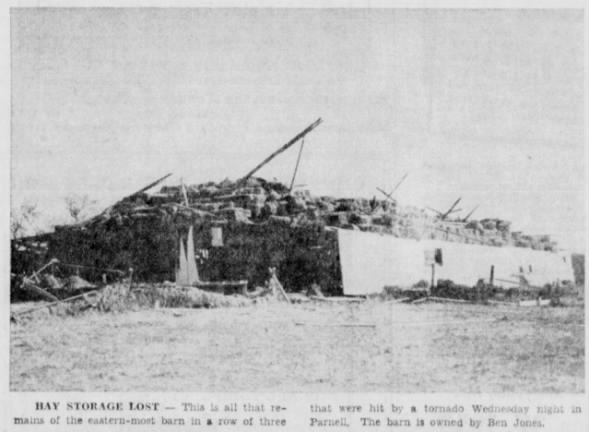 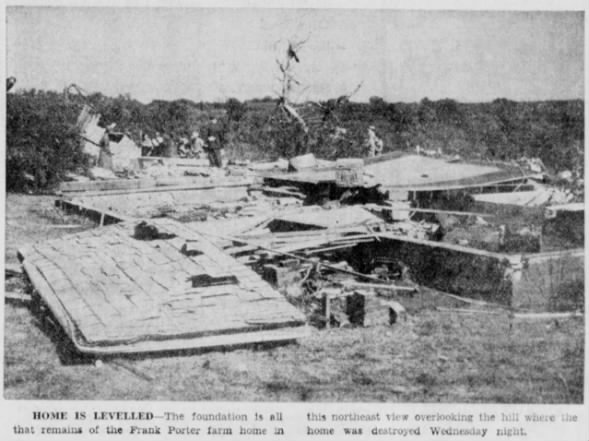 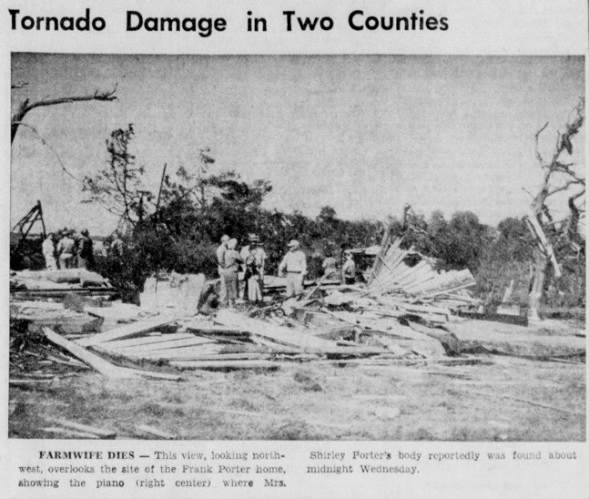 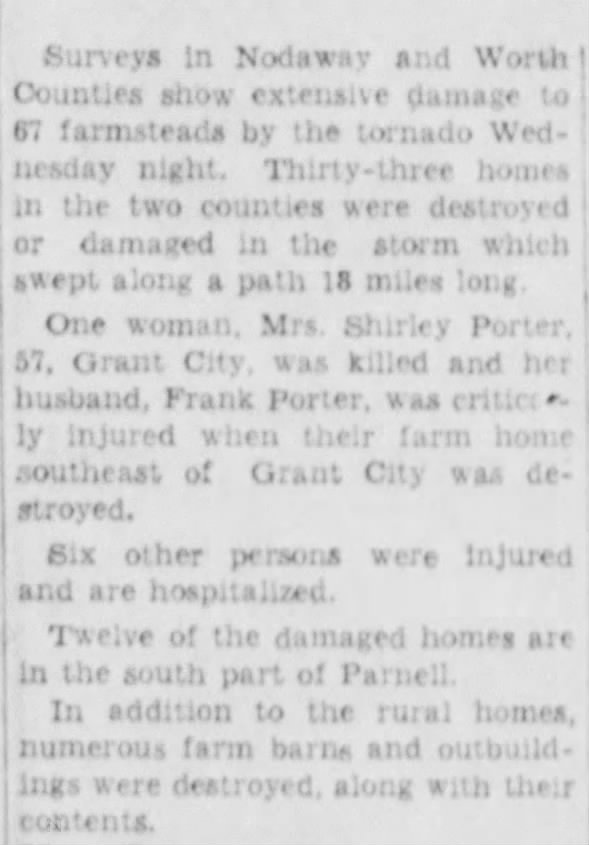 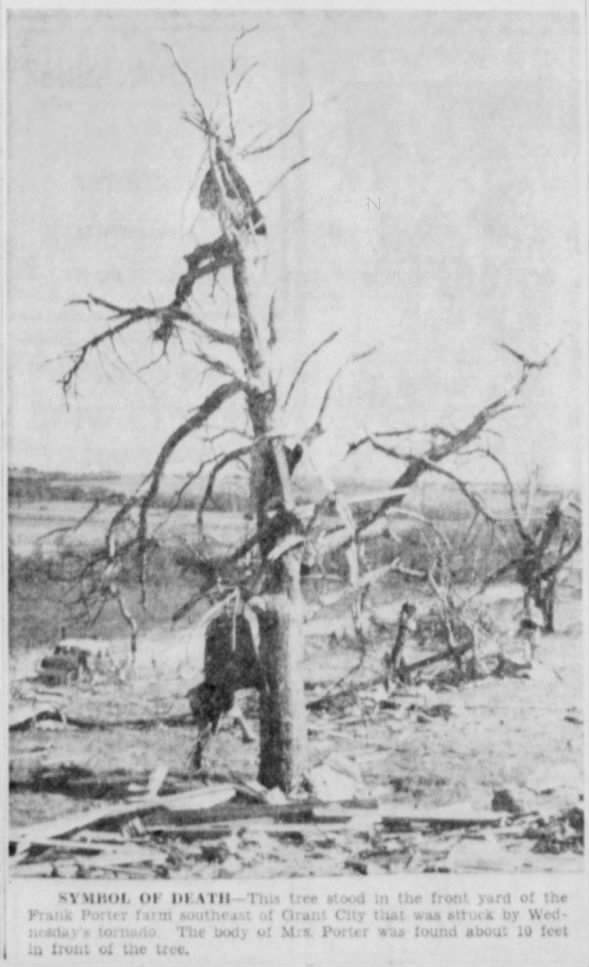 We gathered information for this event from the SPC & NCDC Databases, the October 1959 Climatological Data National Summary (CDNS) and Thomas Grazulis in Significant Tornadoes and found the following differences:

Note:  The NCDC entries for this event are not correct at all.  The lat/lon coordinates are off, they only have data for Nodaway and Harrison Counties and that data is incomplete.