There were 3 confirmed tornadoes on June 17, 1954:  An F2 in Indiana, F1 in Minnesota and the strongest (and the topic of this summary), an F3 in Nebraska.  Per the SPC, the tornado tracked 23.6 miles through Stanton, Cuming and Thurston Counties.  When you plot the official start and end coordinates provided in the tornado database, we should include Wayne County.  (See map below).

The path started North of Pilger in NE Stanton County.  It clipped Stanton/Cuming County border and moved into Wayne County.  It dissipated in Thurston County, NW of the town of Thurston.  There was 1 fatality SE of Winside.  And according to the Climatological Data National Summary (CDNS), we should include 1 injury.

Per the CDNS, there were 10 sets of farm buildings, 1 church, and 1 school destroyed or badly damaged.  Thomas Grazulis adds that the church that “disappeared” was about 10 miles NW of Pender.  He states 17 farms in Cuming County lost buildings. 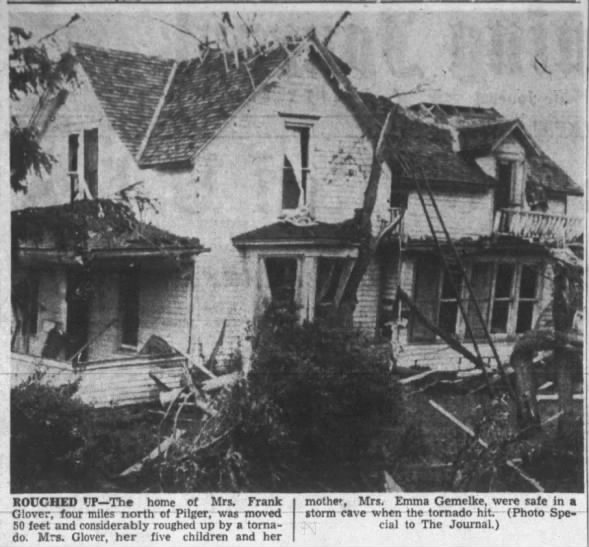 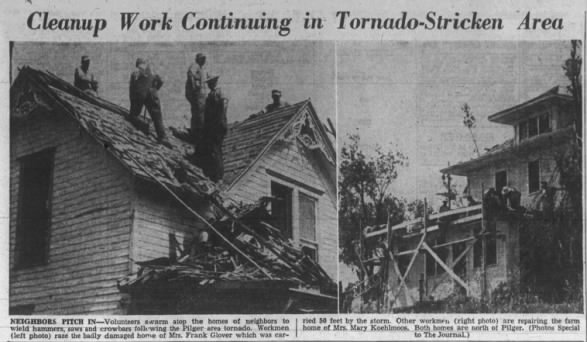 We gathered information for this event from the SPC & NCDC Databases, the June 1954 Climatological Data National Summary (CDNS) and Thomas Grazulis in Significant Tornadoes and found the following differences: