A total of 13 tornadoes were confirmed on December 22, 2011.  The strongest hit parts of North Georgia.  It developed in extreme northeast Floyd County, near Pinson.  Only minor tree damage was observed during this short segment of the tornado path. It then moved into far northwest Bartow County. Mainly tree damage was observed along with minor home damage in this county.

The tornado spent most of it time in Gordon County.  It entered the county approximately 2.8 miles east-southeast of Plainville.  Homes were damaged by falling trees in this area.  Rating here was EF1.  The tornado strengthened to an EF3 with max winds of 150 mph just south of Calhoun.  Several homes were damaged and one was completely destroyed. There were four injuries reported in that destroyed residence.   Power lines and trees were downed across the Gordon County part of the path. Several blocked Interstate-75 near the Barton/Gordon County line. 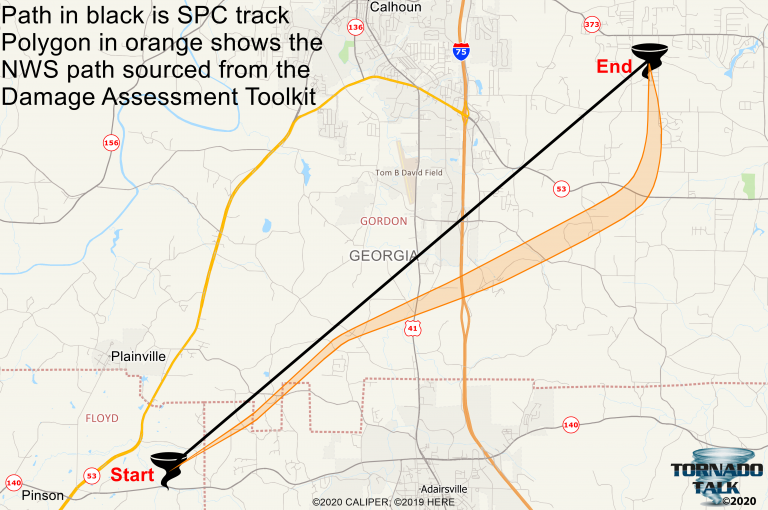 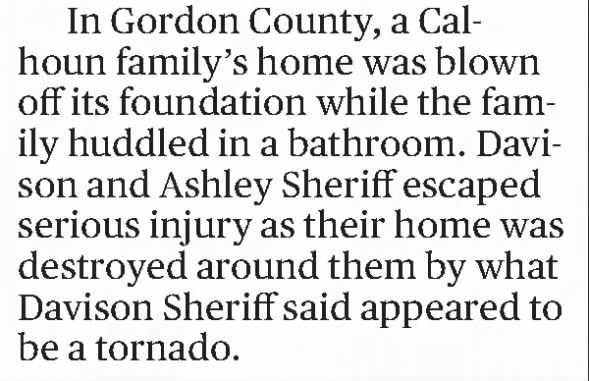