It developed in Central Pope County, one mile SSW of Moreland and tracked to the northeast.  The Pope County Office of Emergency Management reported that 42 residential structures had varying degrees of damage.  Seven were destroyed and six had minor damage.  The remaining homes had moderate to heavy damage.  Six chicken houses, two barns and numerous outbuildings were destroyed.

The tornado traveled into NW Conway County. Three homes and 10 other structures were destroyed.  A 100-year-old church was destroyed and the adjacent cemetery was damage.  The tornado moved into the Ozark National Forest, downing hundreds of trees.

The tornado finished its journey in Van Buren County.  Most of the damage here was in the Ozark National Forest.  The tornado dissipated in this area.

There was one injury reported in Conway County.  A woman was injured in her mobile home.

Near Appleton in Pope County, a double-wide mobile home was destroyed on Simba Road.  Bill Carter was killed and his wife was injured. 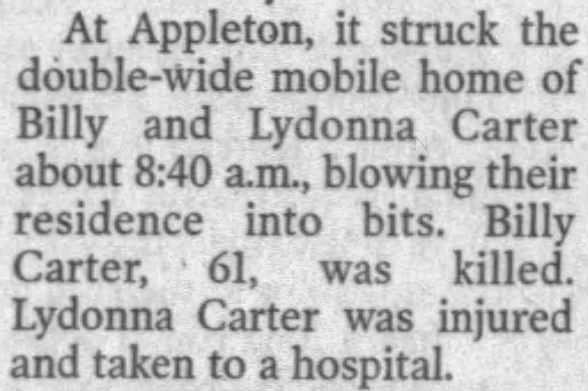 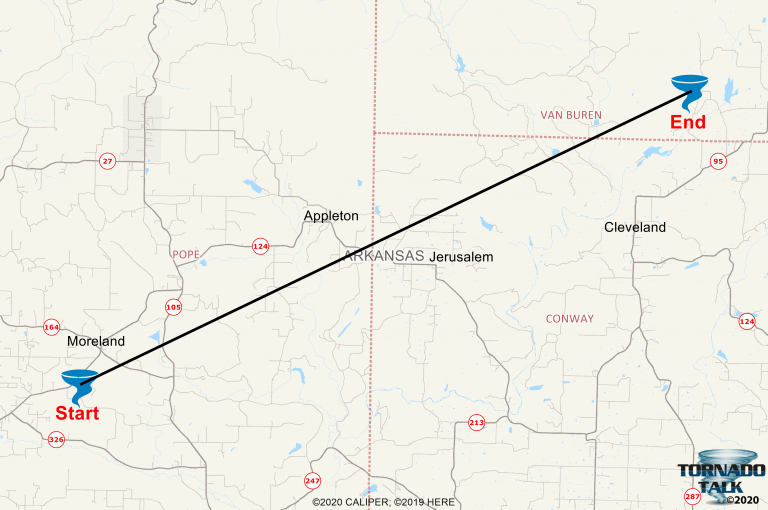 On this day in 2008, an EF2 tornado tracked over 20 miles in Pope, Conway, and Van Buren counties. One person was killed near Appleton. #arwx #wxhistory pic.twitter.com/i9meYhaDop 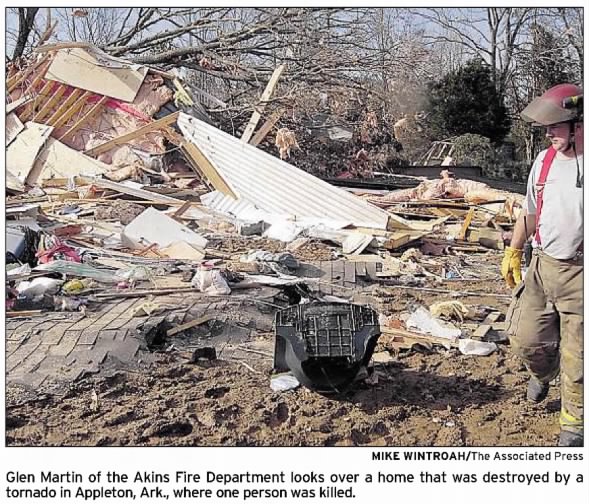 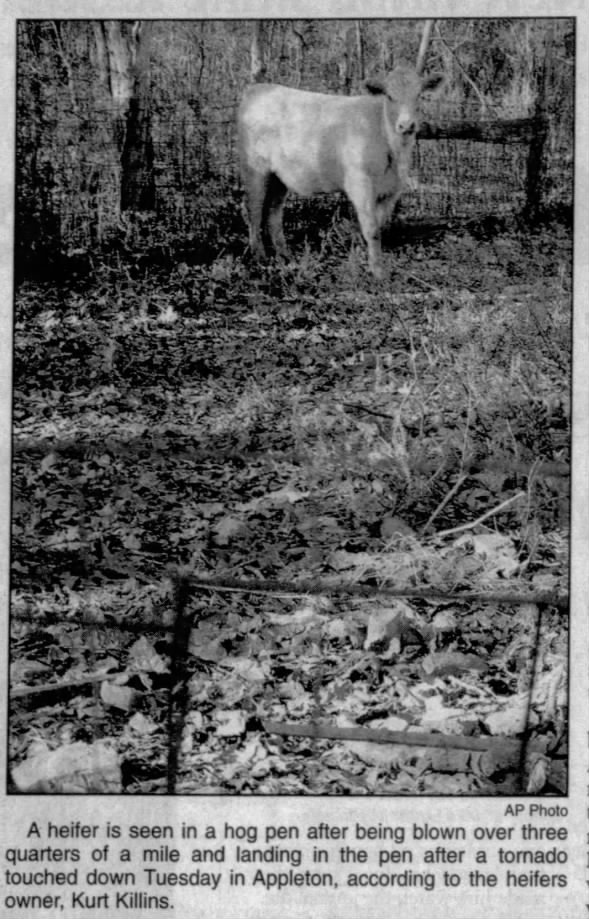 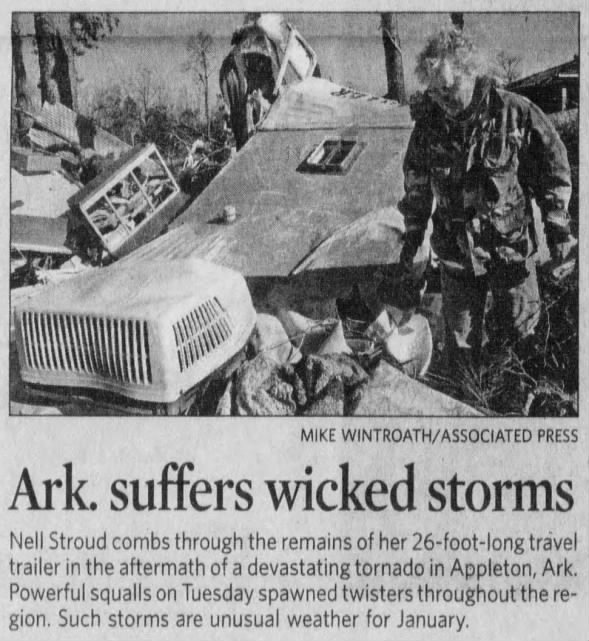