Two tornadoes are found in the Storm Prediction Database for January 26, 1974.  One was in Crawford County, OH.  It was given a rating of F1, and the other went through Randolph County, AL.  The Storm Prediction Center rating is F3.  Thomas Grazulis in Significant Tornadoes has an F2 rating.

This tornado moved to the northeast for about 20 miles.  The Storm Data entry mentions that the tornado cloud was sighted several times and that during the early part of the path, it was not continuous.  The damage was initially in the Rock Stand area.  A barn lost its roof, and trees were downed.  In the Tin Shop community, two trailers were destroyed, and a house was damaged.  At the Highway community, two frame houses were destroyed. 9-month-old Bartlett Baldwin was killed.  His 6-year-old sister and father were injured.

A trailer and a house were destroyed at Haywood.  Heavy damage occurred in this area to another house, a trailer, a workshop, and five barns.  Near the end of the path at Moores Store and Bethel, severe damage occurred to a house.  Two trailers were overturned, and two small buildings were demolished.  There was a total of seven injuries from this event. 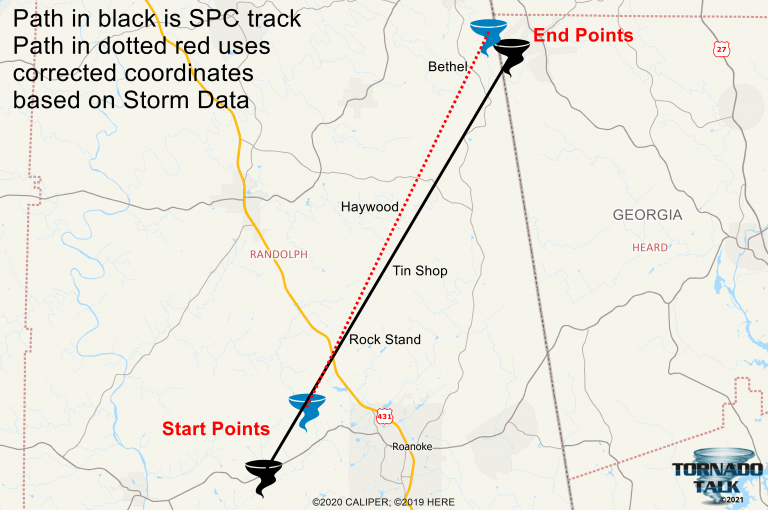 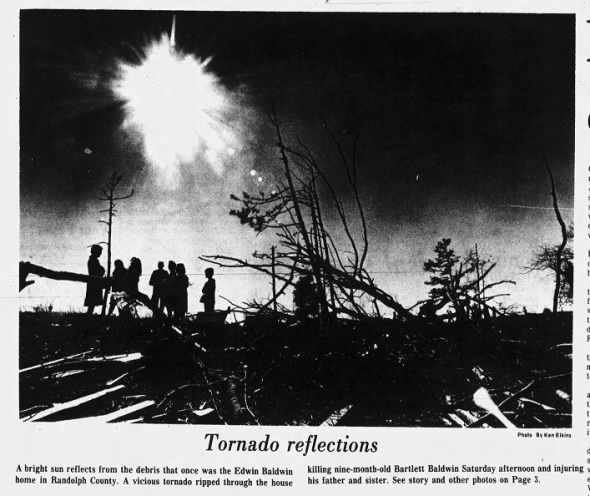 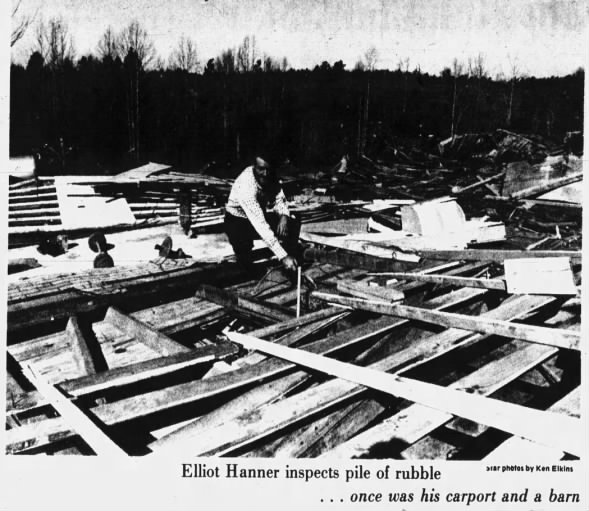 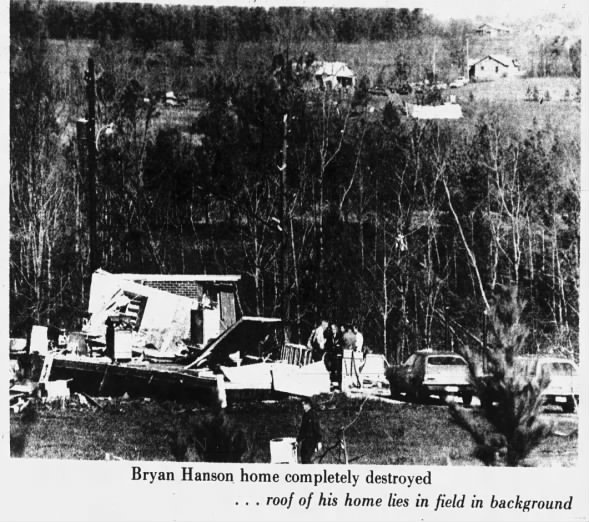 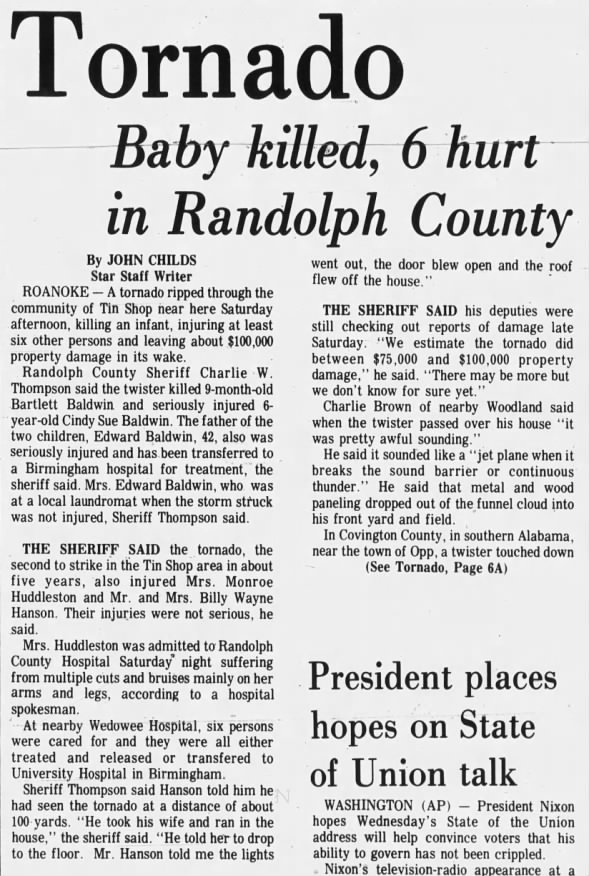 We gathered information for this event from the SPC & NCDC Databases, the January 1974 Storm Data Publication and Thomas Grazulis in Significant Tornadoes and found the following differences: