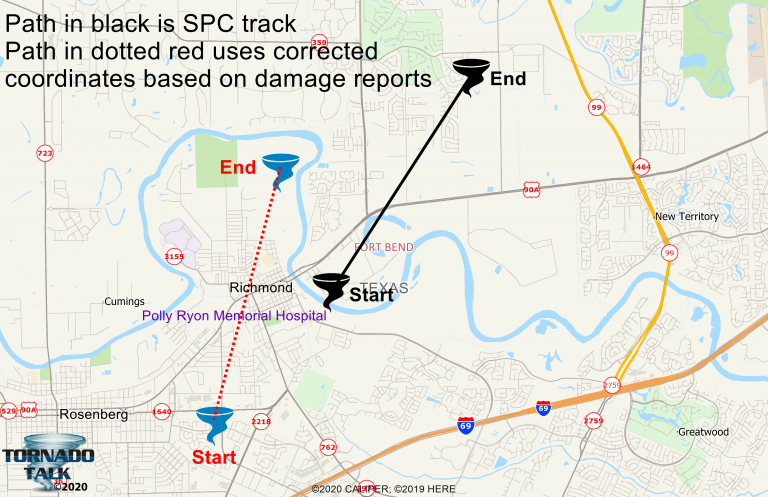 There were 2 Texas tornadoes confirmed on September 13, 1974.  The strongest is in the SPC Database as an F3.  Thomas Grazulis lists the rating as F2.  The tornado traveled 3-3.5 miles through parts of Fort Bend County hitting the Rosenberg and Richmond areas.  The Polly Ryon Memorial Hospital sustained damage.  Newspaper articles reported that there were no injuries at the hospital and many of the patients were transferred to a nearby nursing home.  Per an article on the 13th in the Odessa American, a sheriff’s deputy said that in the business area of Richmond, the tornado “stacked up cars like cordwood.”  The Old Calvary Episcopal Church which was built in 1878 was flattened.

Here are some of the other damage details from The Herald-Coaster on September 15, 1974:  The Timberlane Addition of Rosenberg (a residential area) had tremendous roof and shingle damage.  The Wessendorff Lumber Company was heavily damage.  Per the newspaper, “The tornado went right up the back of the lumber yard sucking the roof of parts of the warehouse and collapsing the front entrance and structural steel.”

Per Storm Data, primary damage was to the hospital, a chapel and 3 homes.  “The tornado appeared to dip up and down with 5 distinctive points.  Distance between points of touchdown varied from 1 1/2 miles to 200 yards.”

Damaged vehicles at First National Bank in Richmond, broken windows at the new professional building and the damaged historical marker of the Old Calvary Episcopal Church.  Image from The Herald-Coaster, Rosenberg-Richmond, Texas, Sunday, Sept 15, 1974 via newspaperarchive.com. 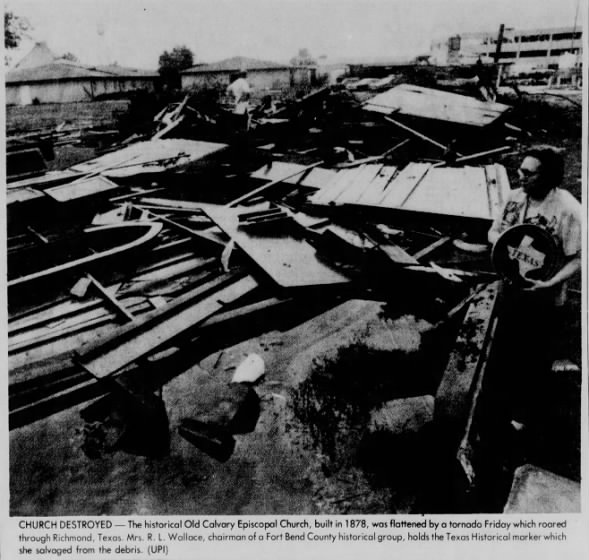 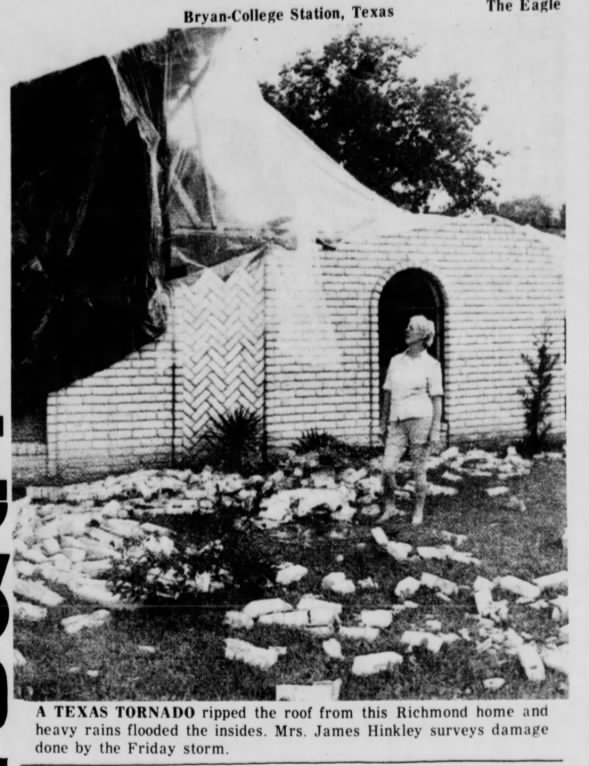 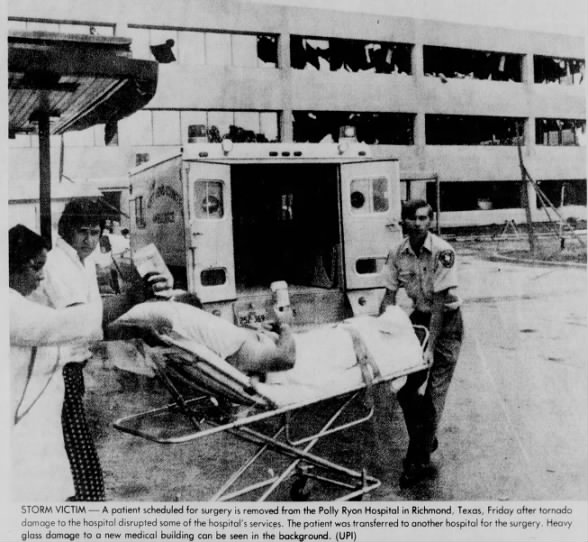 We gathered information for this event from the SPC & NCDC Databases, the September 1974 Storm Data Publication and Thomas Grazulis in Significant Tornadoes and found the following differences: