This quick-hitting tornado developed just east of Interstate 75 near Riverview, 12 miles SE of Tampa.  It took four minutes for this tornado to travel two miles.

Most of the damage was to the Cowley Cove mobile home complex. A total of nine mobile homes had some degree of damage.  Three of the mobile homes were completely leveled and two others were severely damaged.

Gary Lee Davis and three of his dogs died when his mobile home was lifted and tossed about 100 feet.  The NWS Storm Data entry states the home “disentegrated on impact”.

Five parked cars were damaged as well as several sheds and outbuildings.  The tornado lift in rural southern Hillsborough County.

Per Storm Data, “Of note, a parked undrivable vehicle that was in the direct path of the tornado had most of it’s contents sucked from the hatchback storage compartment including a removed 100 pound transmission. Inspection of the vehicle found that the hatchback skin was buckled, bowed and pushed outward from the inside of the vehicle by the transmission casing that eventually smashed upward and out through the rear hatchback window.” 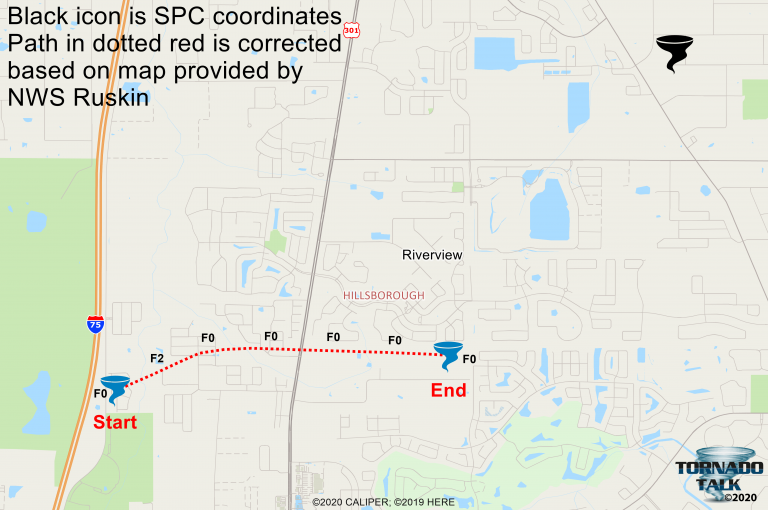 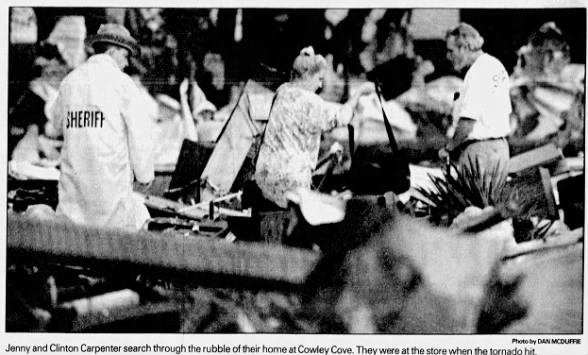 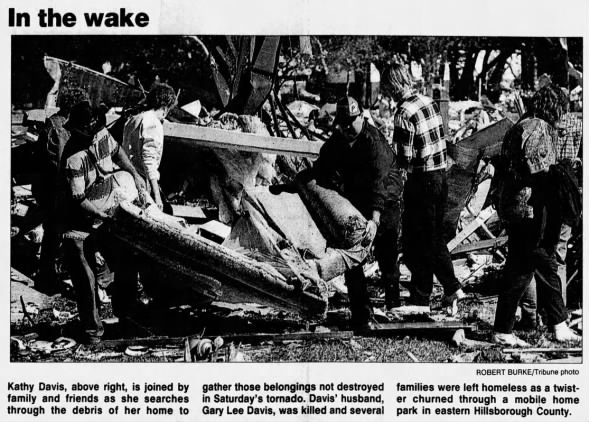 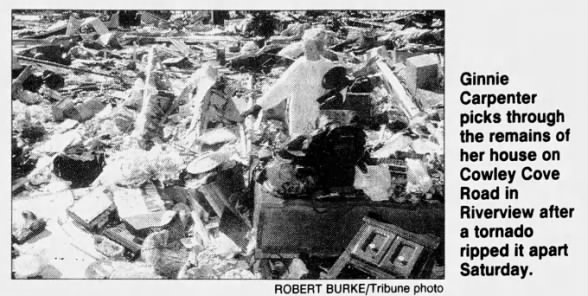 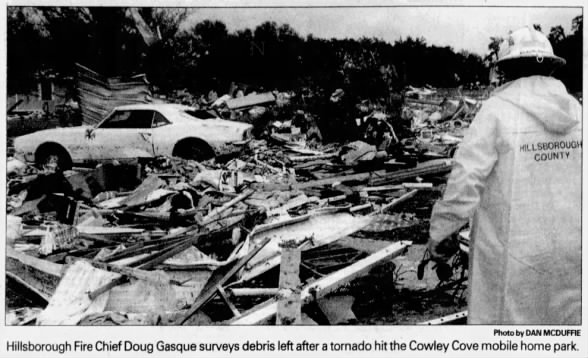 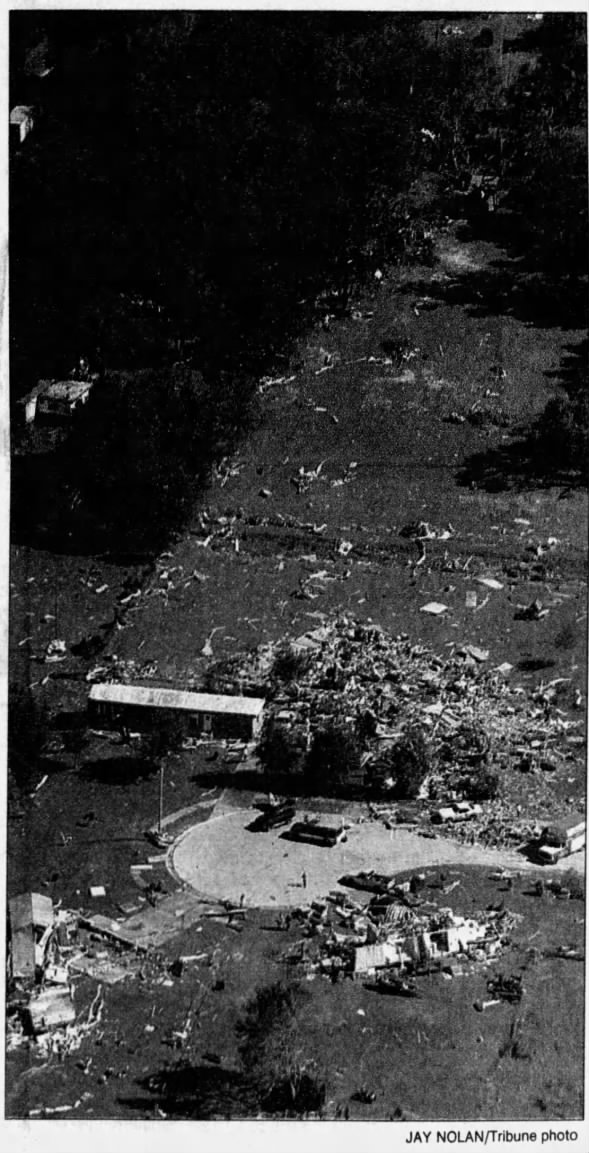