Just after midnight on November 30, 2016, an EF3 tornado crossed through parts of Jackson and DeKalb Counties in Alabama. This was one of 39 tornadoes, during a 2-day outbreak. There was significant damage in the towns of Rosalie and Ider. Sadly, four people were killed.

Sporadic damage was noted by The National Weather Service (NWS) along CR-71, north of Pisgah. The damage to trees and a few structures increase at CR-71 and CR-60 near Rosalie.  Roof damage occurred to a brick church. A large two-story wood structure at the church was damaged. The survey estimated wind of approximately 100 mph in this area (EF1 range).

Along CR-71, the Rosalie Plaza Grocery was destroyed. Per the NWS, “The assessment team noted that the roof was not strapped down and that cinder blocks were only held together by mortar.  It was determined that the tornado likely blew the roof off the structure which quickly led to the block walls to collapse.  Winds of 125 mph were estimated.”

Not far from this area, several mobile homes were demolished.  In one of these homes, Justin Wright, his sister April and his girlfriend Jessica Fleming, were killed. Here is an article from WHNT News 19 about those killed.

The strongest winds were recorded in DeKalb County along CR-117 and CR-159 near Ider. A one-story day care center was completely destroyed and blown off its foundation. Per Storm Data, “The damage assessment team noted the structure was bolted to the foundation, however the floor plates connecting to the foundation were observed to have some degree of degradation. This led to a preliminary assessment of a tornado of EF-3 strength with winds approximately 145 mph.” There were 10 injuries at this location. On February 8, 2017, one of those individuals passed away.

Between CR-117 and AL-75, several chicken farms were destroyed. There was roof damage to many homes and two anchored mobile homes were rolled. One unanchored mobile was “completely destroyed with scattered debris.” In the Deer Head Cove area, a well-anchored, large, metal shed was destroyed. The last bit of damage was observed to tree along the AL/GA line. The NWS noted they traveled into Dade County, GA. They saw minor debris but no damage. 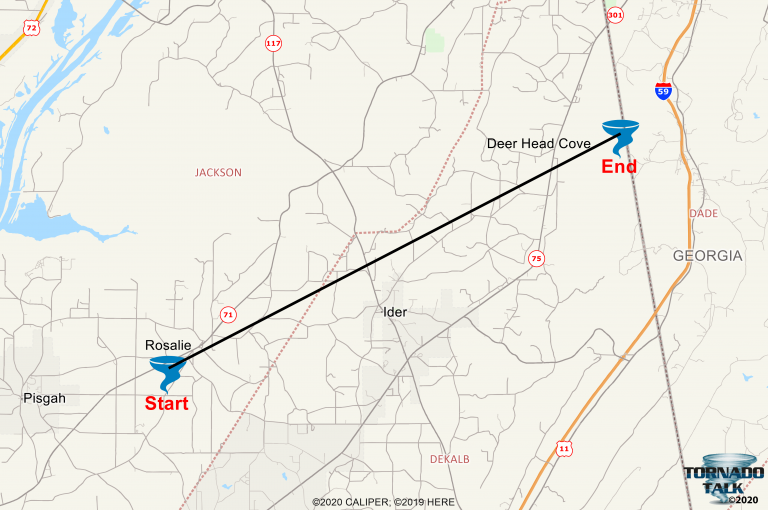 Community member remembers the 3 victims killed by the tornado in Rosalie https://t.co/9VwVKHh0aN pic.twitter.com/WfPbYAfGdD 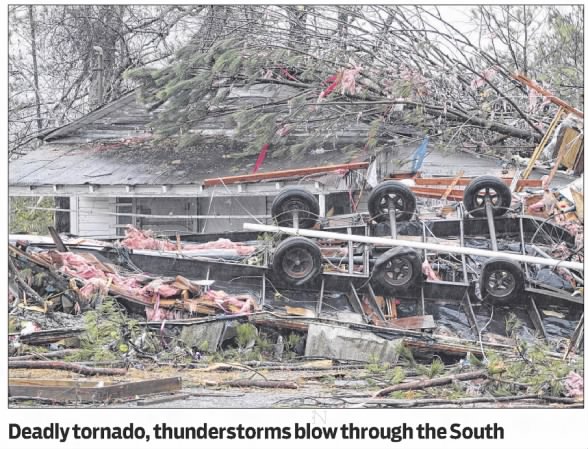 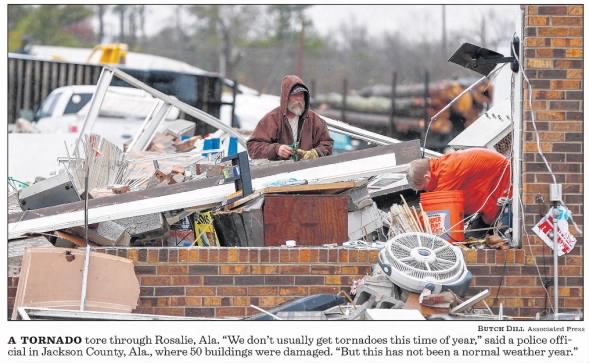 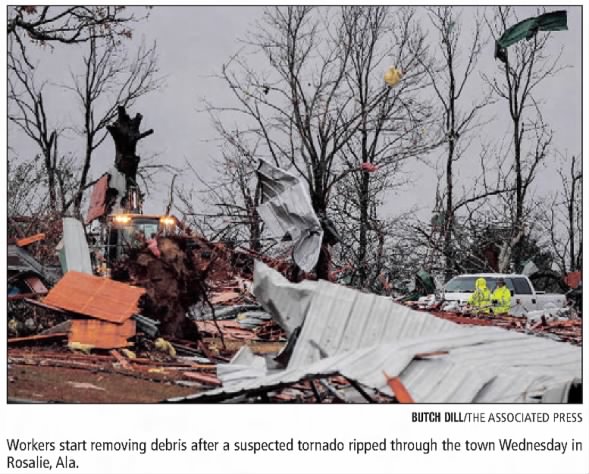 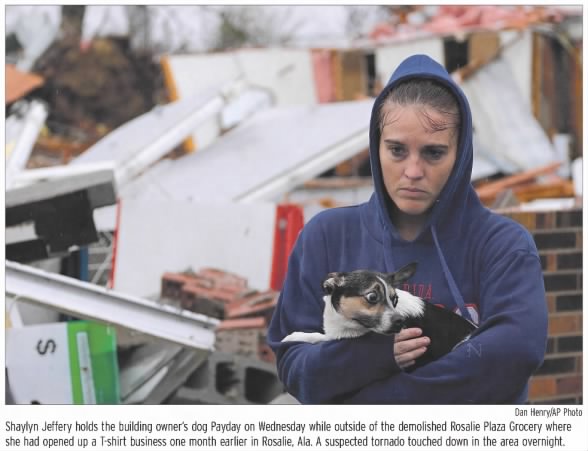 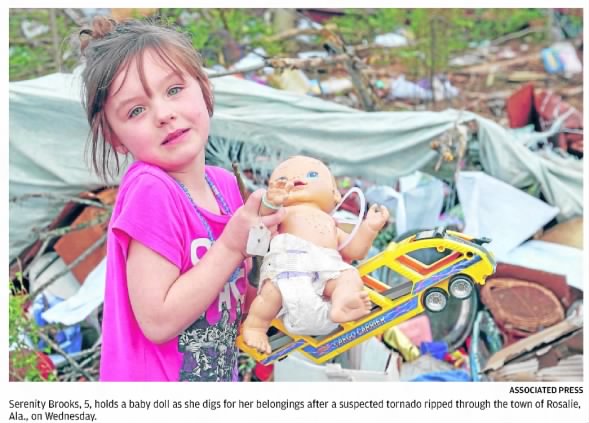