There have been 3 notable Palm Sunday Outbreaks.

The focus of this summary will be on one of 10 tornadoes to hit the state of Indiana during the 1965 Outbreak.

“We were on the 31 bypass just north of the Chrysler Plant in Kokomo.  The tornado put us on the median. We were between the center tornado and the tail of the other one. I was in the front seat, something went through the window, glass pelted our faces and head, glass was in our hair.  Looked like the car had been sand blasted. Then we drove to the hospital at the south end of Kokomo.  Cars were upside down laying on top of buildings…weird. When we drove home through Russiaville, there was straw through light poles.  Something you never forget!”

This account from one of the tornadoes that crossed through Central Indiana during the Palm Sunday Outbreak is from my Great Uncle, Brian Henry.  Brian was 14 years old and riding in the car with his Mom and Dad.  I can only imagine how many more people have similar accounts.

The tornado he was caught up in was an F4 that began near Middlefork and crossed through Russiaville to Alto through the southern part of Kokomo.  It continued through Greentown and into the southern parts of Marion and dissipated near Arcana.

Brian mentions, “We were between the center tornado and the tail of the other one.”  He very well could have been in the midst of multiple funnels.   The Storm Data Narrative states, “pictures and reports of witnesses indicate that two and sometimes three vortices were traveling together.”

Path of tornado damage was continuous from northwest of Mulberry, to Moran, Russiaville, Kokomo, Greentown, Marion, Keystone, Berne, and 18 miles east-northeast of Willshire in Ohio.  Momentary ground contact occurred in Tippecanoe County near Odell about 7:02 pm and later just west of US Road 52, west of Mulberry.

Pictures and reports of witnesses indicate that two and sometimes three vortices were travelling together.  Average width of damage path was .1 to .2 mile.  East of Berne, a second short path of about one mile is definite.  The American Red Cross reported destroyed:  736 houses, 70 house trailers, and 495 buildings.  Major to minor damage struck 1178 houses, 30 house trailers, 135 buildings, and 106 businesses.  Seventy-seven steel electric transmission towers were damaged or destroyed.  Some areas were without electricity for two days.  Five schools and as many churches were severely damaged or destroyed.  Hail up to three inches diameter was reported at Lafayette, Rossville, Middlefork and Marion.

Photos from the NWS Indianapolis

Image Via the Monthly Weather Review from Jan 1970 (Fujita) 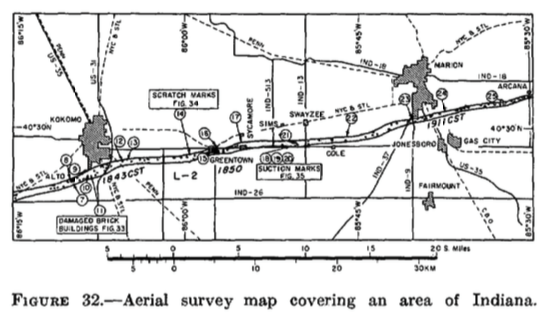 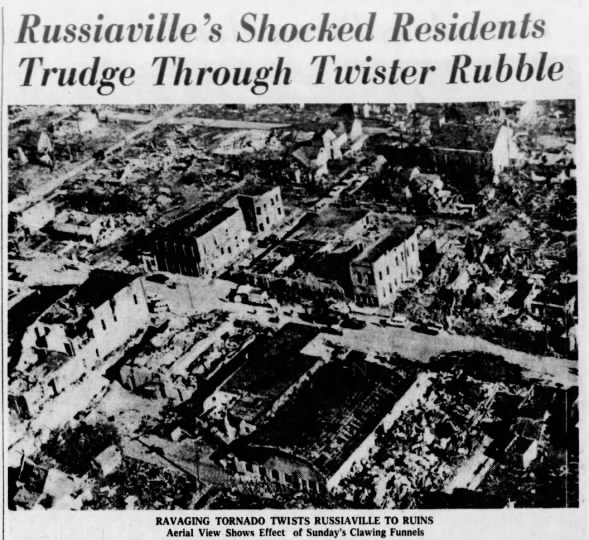 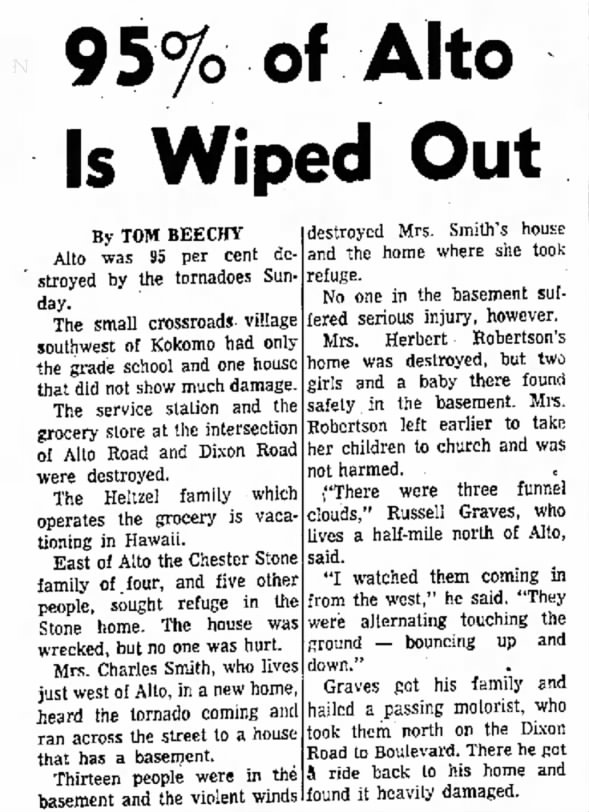 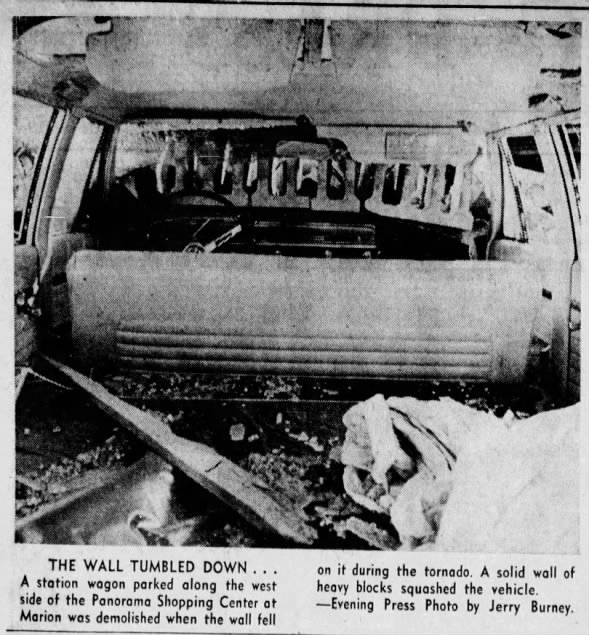 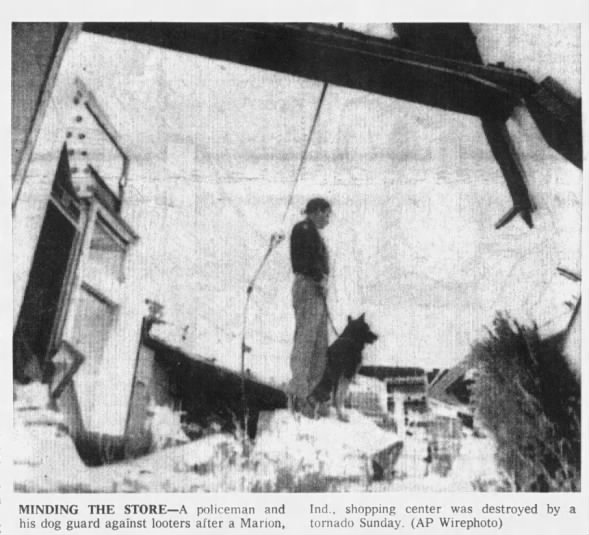 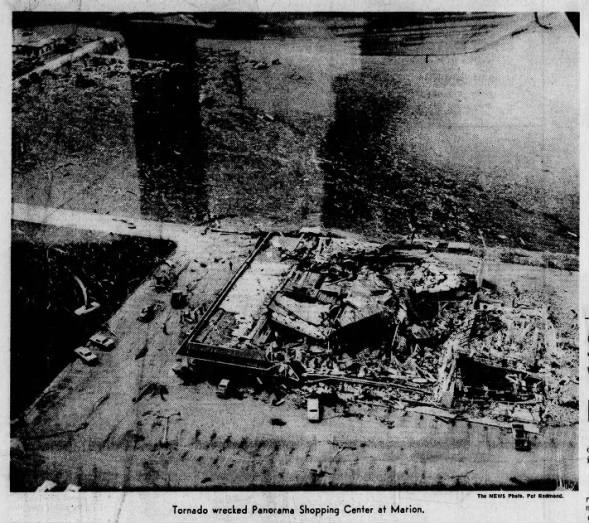 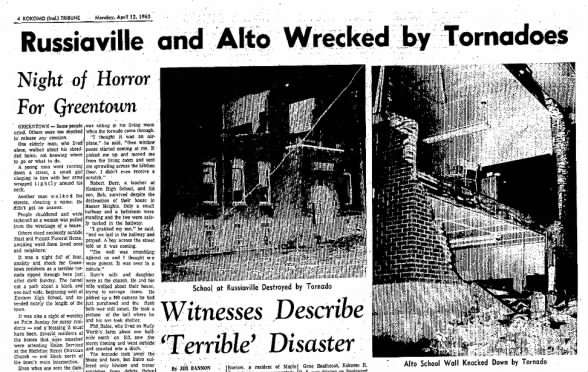 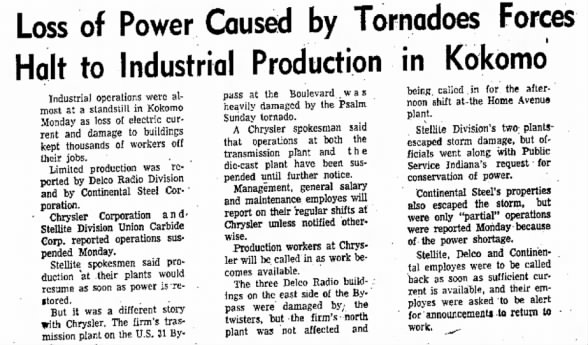 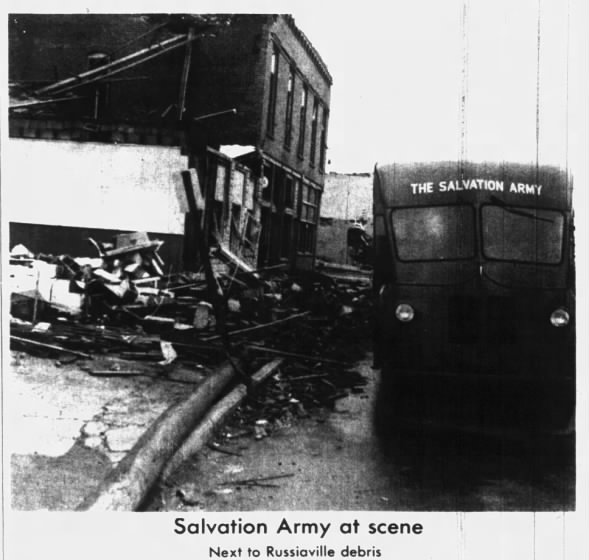 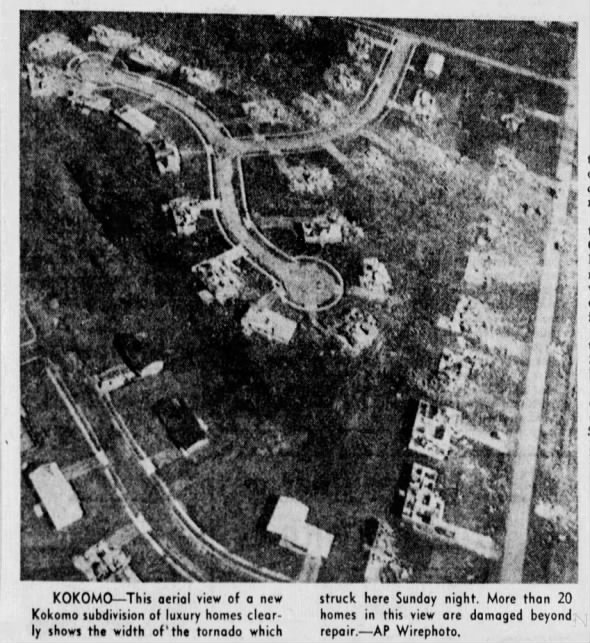 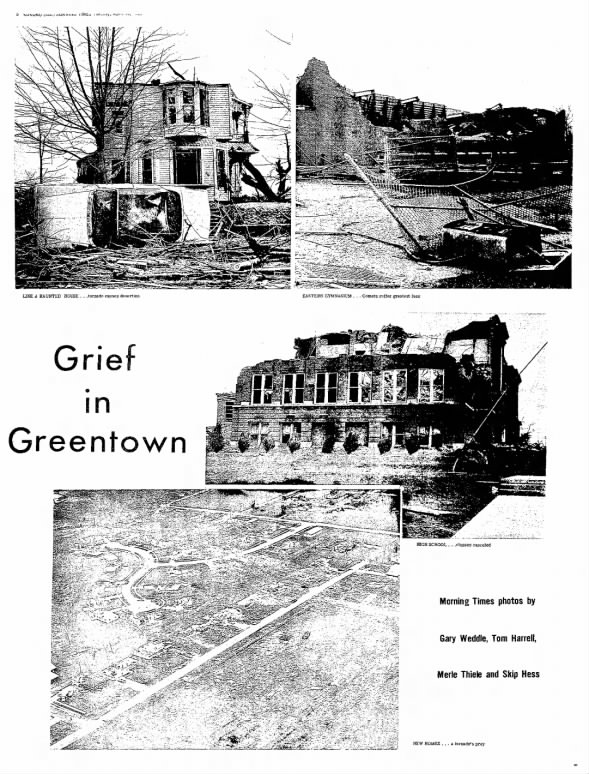 NOTE:  The Storm Data Narrative does not list specifics for each tornado but groups 3 of them from the same area together.  That narrative can be found below the map.

Palm Sunday Article via US Tornadoes