This summary looks at a destructive tornado that hit Ryan, IA on August 12, 1974.   It was given a rating of F4.  We would like to thank Ryan resident Helen Lyness for writing to us and asking us to explore this event.  She provided us with scanned photos of the tornado orginally taken by Brian Oberreuter as well as a couple of damage photos from the Cedar Rapids Gazette.  Helen’s son was born (a week early) two days after the tornado missed their home in Ryan by 4 blocks!  The tornado developed on her father-in-law’s farm.  Helen wrote in an email that 45 years later, “All that is still standing of the farm buildings are the house, and the shed that was built to replace the barn. We are happy to report that our daughter and her husband bought the farm house and acreage and are raising their family in the house built by her great-grand parents.”

Per Thomas Grazulis in Significant Tornadoes, this twister moved east and then southeast across the southwest and southern parts of Ryan.  44 homes were hit, 20 of which were destroyed.  A school, a church and several businesses were also destroyed.  The last damage was to a farm, 5 miles SE of Ryan.

There is a small discrepancy in the path length.  The SPC and Storm Data Narrative list a 5 mile path while Grazulis has the path slightly longer at 7 miles.  There were 12 injuries and no fatalities.

Newspapers reported that receipts from a home in Ryan ended up in Galena, IL – over 60 miles away.

The below picture from the Cedar Rapids Gazette was included in Significant Tornadoes on page 1168.  Grazulis notes, “If this photograph was the only evidence of damage from a tornado, the tornado might be a candidate for an F5 rating, since the house was completely swept away.  Instead of F5, an F4 rating was applied for two reasons.  The area is simply too clean.  It is possible that the photograph was taken several days after the tornado and clean-up was well underway.  An F5 rating requires that photographs or studies be made very soon after the event to guarantee that humans weren’t the ones doing the “sweeping away”.  In addition, the home may not have been anchored very well.  No anchor bolts can be seen on the foundation.” 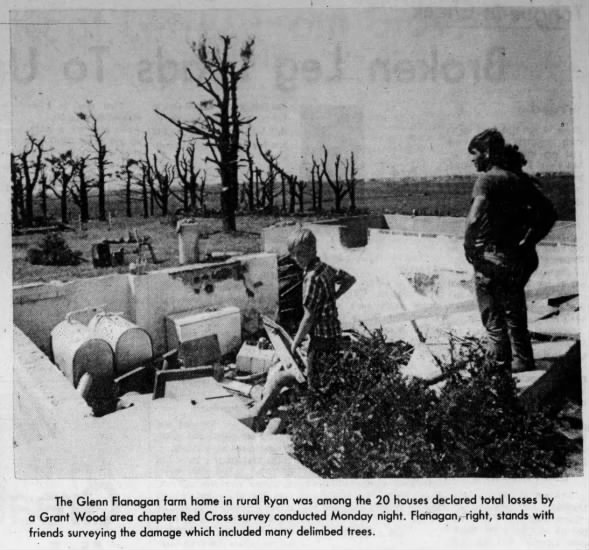 I have extrapolated a beginning and ending point based on Grazulis’ description of the path and information from Helen Lyness.  She stated, “The tornado actually first touched down “thirty-rods west of the barn” on my husband’s parents farm which is located on the north side of the blacktop #D47, a little over a mile straight west of the north edge of Ryan.”  I have attached a newpaper article below she sent to us with an interview with her father-in-law.

Articles about Bud Lyness - The tornado developed on his farm

Pictures of the Ryan Tornado taken by Brian Oberreuter. Submitted to us by Helen Lyness. Photos were lightened.

From the Cedar Rapids Gazette. Submitted to us by Helen Lyness 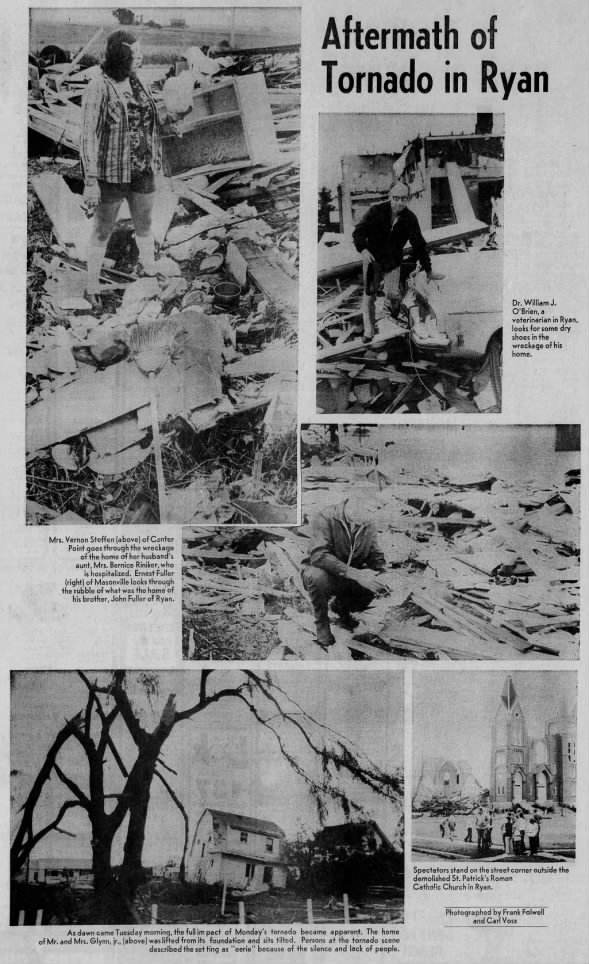 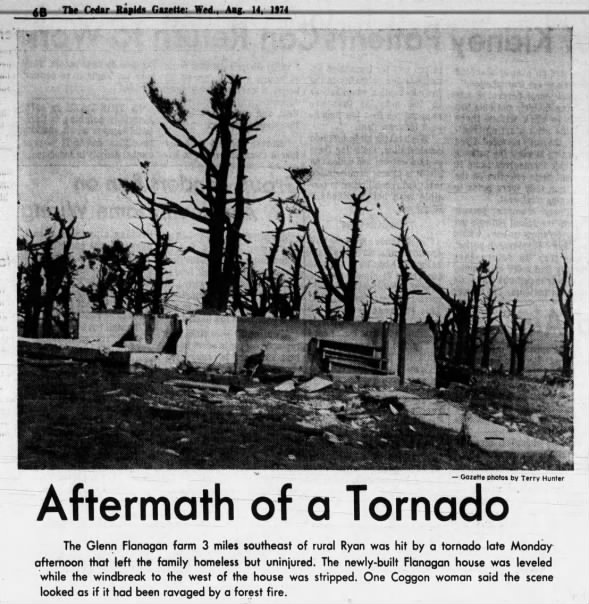 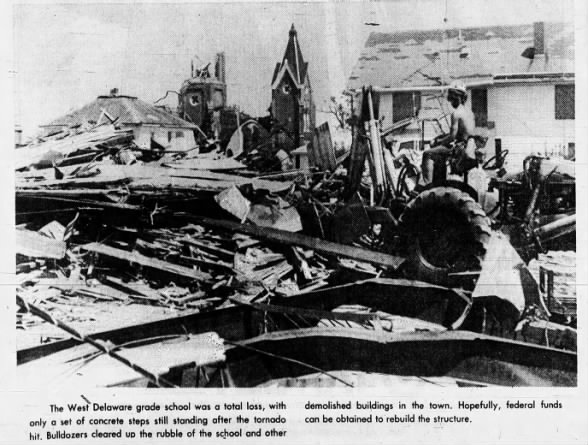 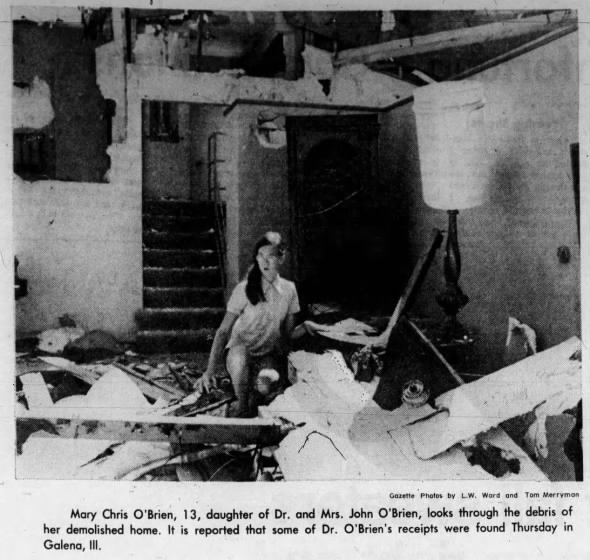 We gathered information for this event from the SPC & NCDC Databases, the August 1974 Storm Data Publication and Thomas Grazulis in Significant Tornadoes and found the following differences: